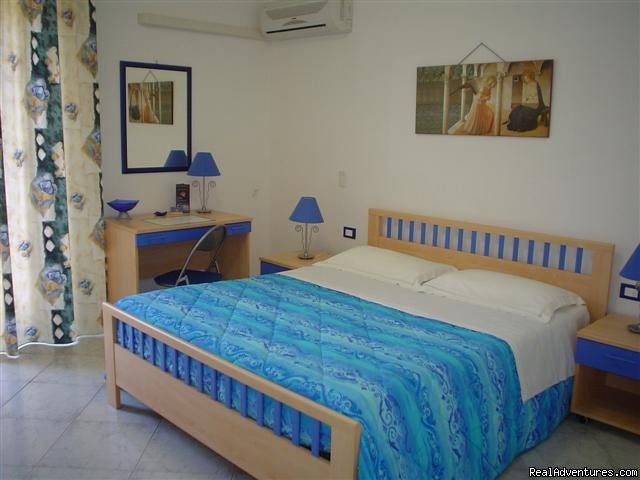 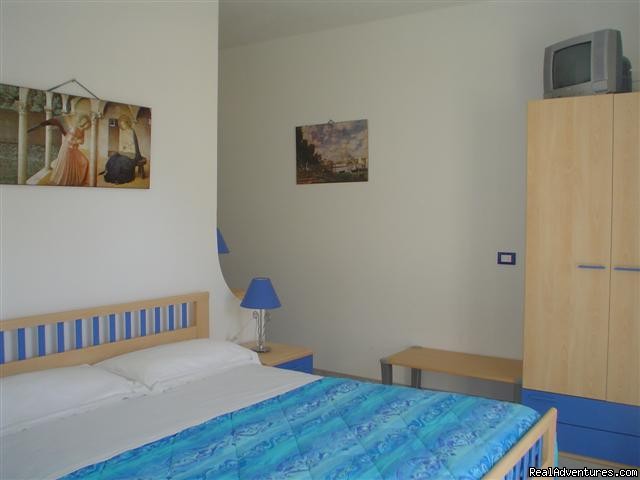 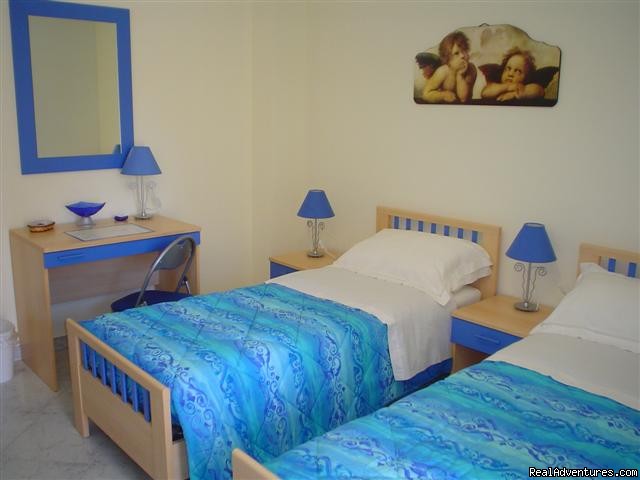 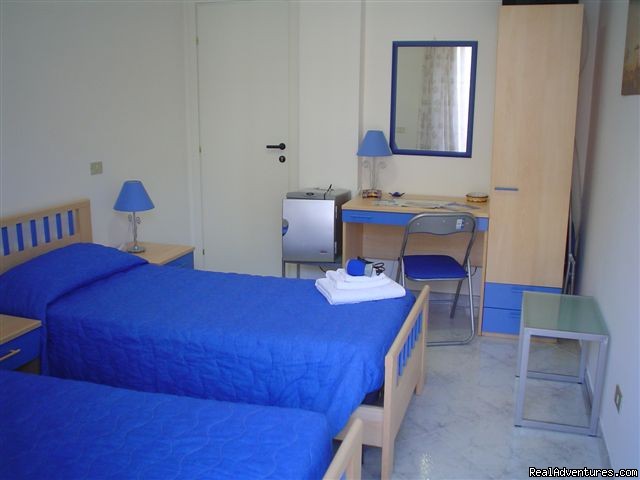 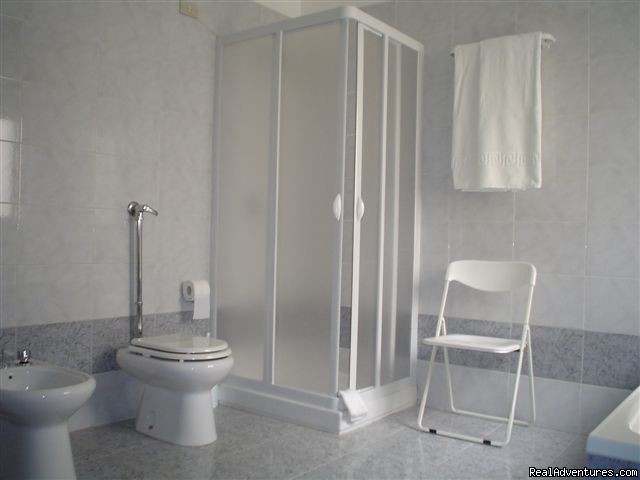 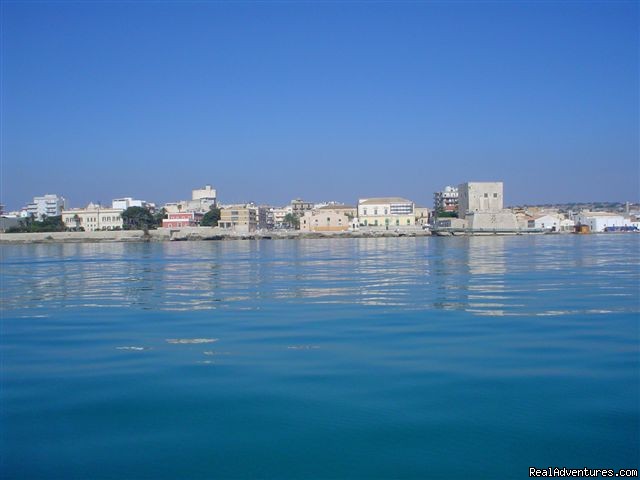 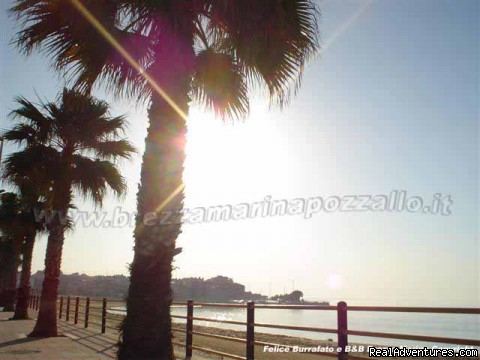 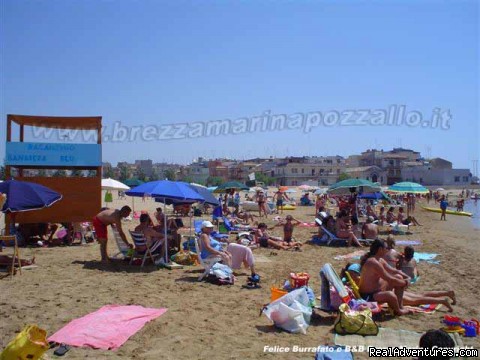 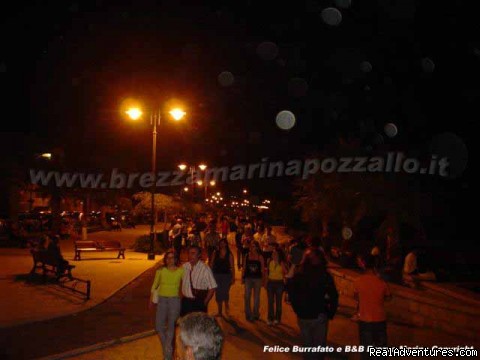 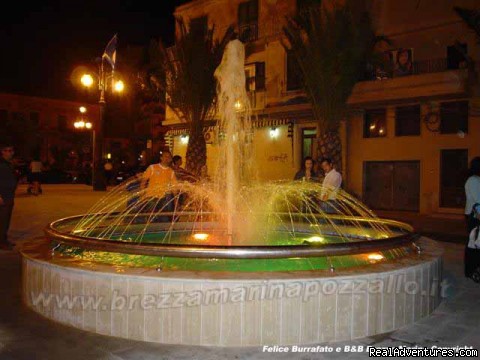 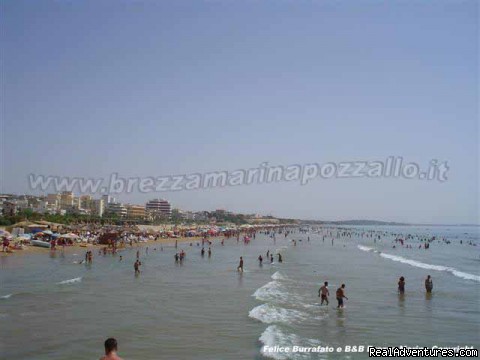 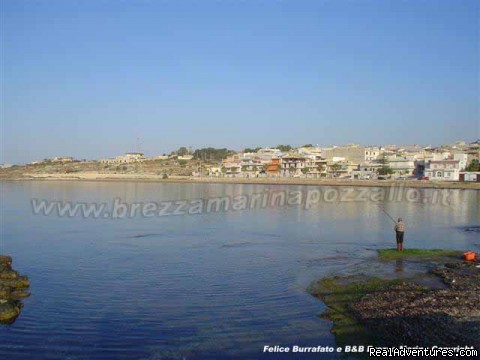 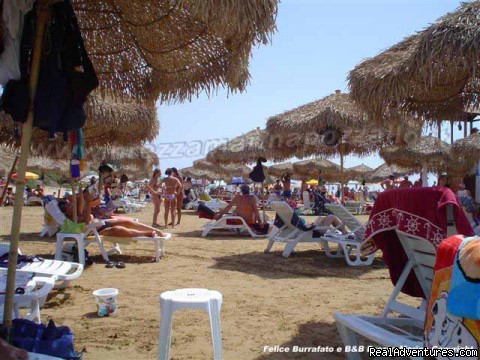 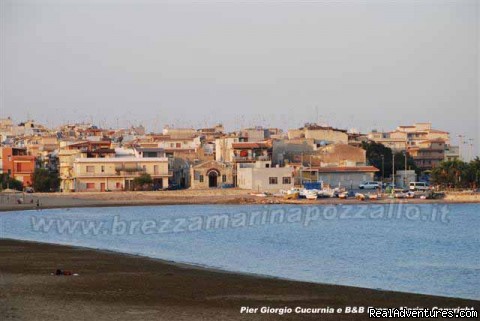 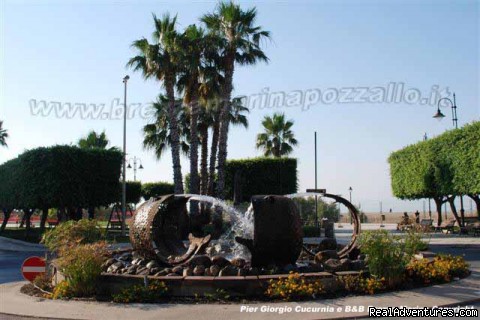 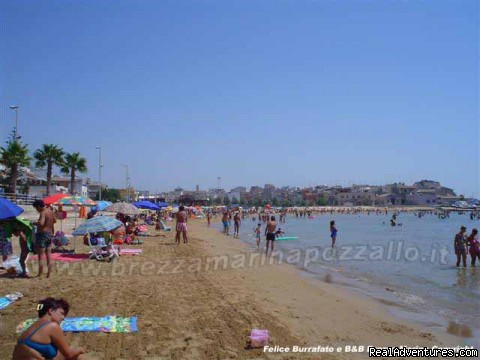 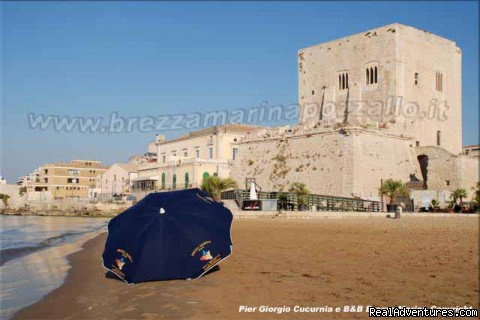 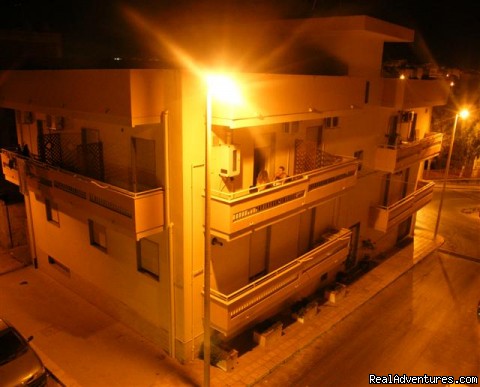 Starting at:
USD $27.50 per night
Sound like the place for you?Book Now

The B&B Brezza Marina*** Pozzallo, is situated to few steps from the sea, it is near the most important Baroque towns(Ragusa, Modica, Scicli and Noto) patrimony of the UNESCO....

The B&B Brezza Marina***Sicily - Pozzallo, is situated to few steps from the sea, it is near the most important Baroque towns(Ragusa, Modica, Scicli and Noto)patrimony of the UNESCO and near the Natural Reserve of Vendicari.
Pozzallo is extended for 2 km on the Mediterranean sea and it pleases his inhabitants and his tourists with two big beaches whit his thin and gilt sand.
Every year since the 2002 Pozzallo has received the Blue Flag, a prize of which can pleased only the cleanest and the most equipped beaches of Italy.
Points of interest are: The Churches, “The Cabrera Tower” the Cabrera Tower, become at present National Monument besides coat of arms and symbol of the town, it is washed to sea and can be admired from a walkway that runs and allows a broader vision.
The "Villa Tedeschi” built the first of 900, the summer residence of the Marquis ....
In summer, the beautiful free beaches are accessible to all, are equipped with bathing facilities, kiosks, showers and other services.
Near Pozzallo a few kilometers you can visit the Baroque of Val di Noto and its area Iblea Patrimony of UNESCO like Ragusa, Modica called the city of one hundred churches, Scicli (where was filmed the television series "CommissarioMontalbano" and "Castle of Donnafugata," Where was shot the film "The Gattopardo".
For nature lovers can visit the “Natural Reserve Macchia Forest River Irminio" in which is situated near the archaeological area of Kamarina, Greek colony founded in 598 BC from Syracuse, the Archaeological Museum of Kamarina which preserves the archaeological finds from the city, from the necropolis of Kamarina and the neighboring territory.
Iblea The province is rich in history, culture and traditions ......
Are particularly well-organized tourist trade with the island of Malta with a daily service to and from the island of the Knights via catamaran lasting an hour and a half.
atrimony of the UNESCO and near the Natural Reserve of Vendicari. 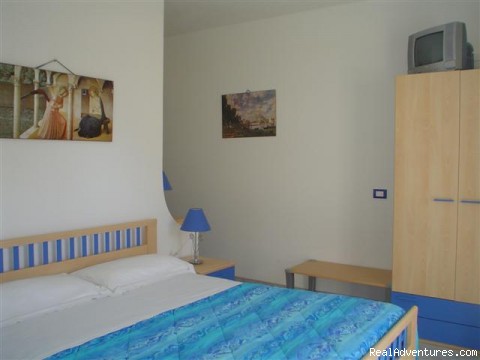 The B&B Brezza Marina***Sicily - Pozzallo, is situated to few steps from the sea.
The rooms are furnished in a simple and functional style with the most modern comforts.
They are all endowed with a heating system and autonomous climatization, balconies, tv, Iron & Ironing Board, fridge, hair-dryer and bathroom.
It is impeccable in services and details: a comforting frame to pleased your holiday. 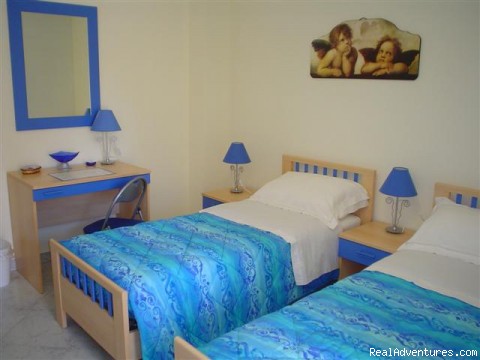 By car:
From Catania go on to Syracuse(S.S. 115) road following the indications to Avola and then to Noto, Rosolini, Ispica and finally Pozzallo. At the entry of the city maintain the right, then go on untill a cross and turn on the left(Papa Giovanni XXIII avenue) up to the end, turn on the right and go on for the Torino. Turn on the left where there is the Postal Office, in the Pietro Nenni Street, that is introduced on the Kennedy Street. Progress to the left untill the end of the street.


There are several restaurants, pizzerias and Self-Service that are little more than a hundred
meters from our B & B and one is located directly on the beach.

The rooms are furnished in a simple and functional style with the most modern comforts.
They are all endowed with a heating system and autonomous climatization, balconies, tv, Iron & Ironing Board, fridge, hair-dryer and bathroom.
It is impeccable in services and details: a comforting frame to pleased your holiday.