Adventure Rents on the Redwood Coast 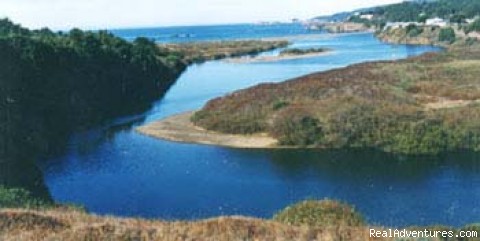 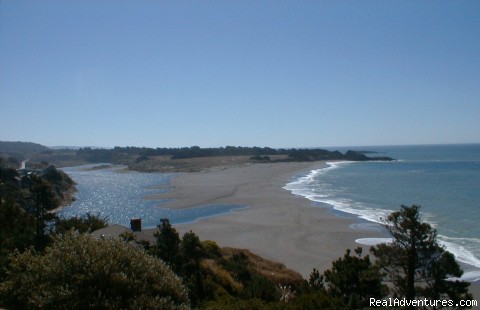 Where the river meets the sea! 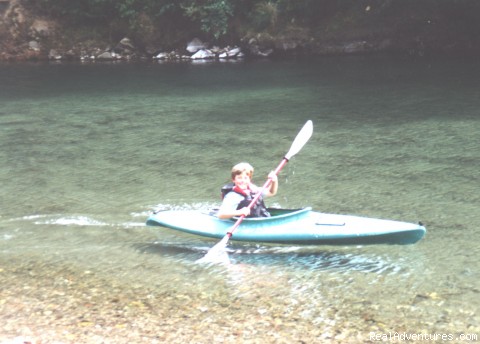 Kids can kayak too!

Previous
Next
Adventure Rents on the Redwood Coast Gualala, California

Paddle through the redwoods to the sea! Located on the spectacular Redwood Coast of Northern California, we offer kayaks & canoes for all ages and skill levels, individuals to groups. Reservations available all year, river conditions permitting.

Adventure Rents operates its kayak and canoe livery on the peaceful and pristine Gualala River that forms the boundary between Sonoma and Mendocino Counties in northern California. The Gualala River is backed by thousands of acres of private forest. Unhurried and undeveloped along its entire length, the Gualala River watershed supports an abundance of wildlife, including numerous waterfowl, osprey, mink and river otter, and is protected from motorized watercraft, providing a perfect setting for safe, self-guided paddling, past redwood forests, salt marshes and sandy beaches. In summer, the sand at the mouth of the Gualala River builds up naturally until it closes, becoming a natural dam through which the river and ocean filter with the tides. This phenomenon occurs somewhere between mid-May and early July. When the mouth closes, the water backs up for several miles creating an elongated lake with imperceptible current, perfect for novice boaters, and turning the river estuary into a closed lagoon. In late fall, the first major storms open the river mouth for the duration of the rainy season.

“How it works” at Adventure Rents: Reserve ahead if possible to insure having the right boats and gear for your party. Arrive at our booth in downtown Gualala a few minutes prior to your scheduled time to register & pay (cash, check or credit card), pick up dry bags and fit youngsters in life jackets (if applicable). After you’ve registered, you will drive to a location near the launch site or if river conditions indicate, will shuttle your party plus boats and gear to our launch site upriver.

We assist you with launching your boats and provide any instruction to beginning boaters. Rentals start at 2 hr. min up to a full day or overnight (for campground guests). In summer, we are open daily from 9:30 and launch from 10:00 to 5:00 pm (boats can be on the river until 7:00 pm. During the Spring, Fall and Winter, boats are available by reservation, weather and river conditions permitting.

Adventure Rents offers a variety of boats for singles, families and groups of all ages and skill levels. Dogs are welcome, too! Choose from canoes, which hold 2-4 persons and gear, double kayaks (we have doubles with kid seats; sizes up to 2 adults with 2 small kids) single open cockpit kayak and self-bailing, sit-on-top kayaks for river or ocean use. Boat rentals include paddles, life jackets and dry bags. Free instruction is provided to beginning boaters. We also offer guided trips for groups of a few individuals to large parties. We will coordinate group packages and events for schools, scouts, corporate retreats, weddings, reunions, etc. including daytime paddling trips, team-building regattas and Moonlight Flotillas. We look forward to hearing from you and answering any questions you may have.

Adventure Rents is located in the Cantamare Center in downtown Gualala, California on Shoreline Hwy. 1’s spectacular Redwood Coast, about a 3-hour drive north of the San Francisco Bay Area. While the journey to Gualala is part of the adventure, once you arrive, the village of Gualala offers shops and services, plus a variety of accommodations: campgrounds (public & private) in the redwoods along the river, modest hotel or motel rooms, unique bed & breakfast inns, private cottages and luxurious private homes. There are also a wide range of restaurants, delis and markets providing a variety of fare from picnics to romantic dinners to group gatherings.

We love singles, couples, families and groups of all ages. Dogs are welcome! We have stable and safe boats for all sizes of individuals including large or tall persons. Kids 8 years and over may be in their own kayak (with parent or guardian's permission). We have no minimum age for kid passengers in watercraft, but ALL boaters must wear approved pfd's while in the boats. We discourage the use of alcohol in conjunction with boating and reserve the right to refuse service to a customer that in our opinion cannot paddle a boat safely. We can also accommodate physically challenged persons on an individual basis. Please call us to discuss your special needs.
During the summer’s Holiday Periods we do not honor gift certificates and other discount coupons, but all other weekends and weekdays apply.

In addition to daytime rentals, for the past seven years, Adventure Rents has been offering magical moonlight flotillas to the public on the full moons of summer. In late afternoon, we set up tables and seating around a large fireplace on the river beach for a catered BBQ. When twilight comes, we line the beach with Tiki torches, give our boaters a rainbow "glow ring" and off they paddle towards the sunset in the Gualala River estuary. When the sun sets, the moon rises over the coastal mountains and turns the river into a shimmering mirror. As boaters return from their moonlight paddle, they gather around the fire for river tales, music and hot beverages.
We also offer guided trips for groups of a few individuals to large parties. We will coordinate group packages and events for schools, scouts, corporate retreats, weddings, reunions, etc. including daytime paddling adventures and regattas.
We look forward to hearing from you and answering any questions you may have.