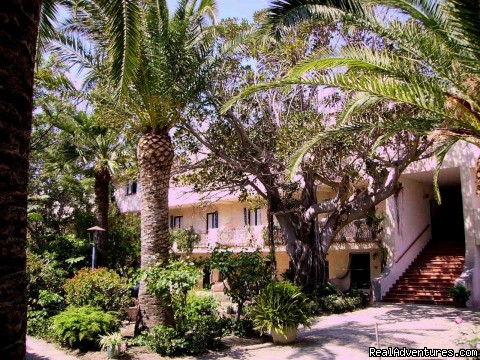 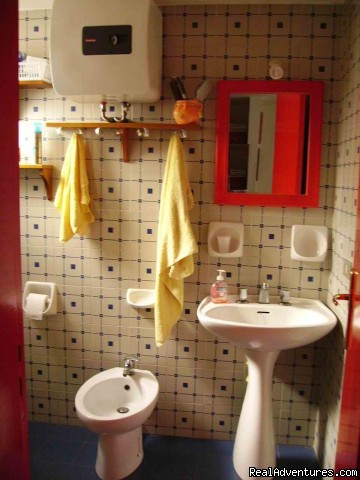 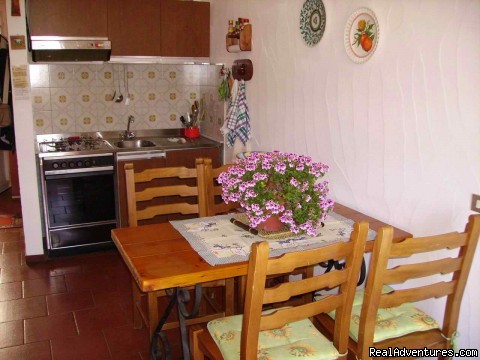 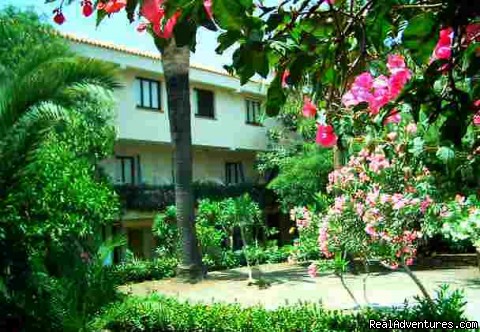 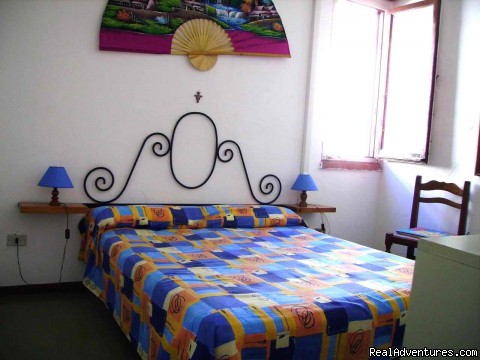 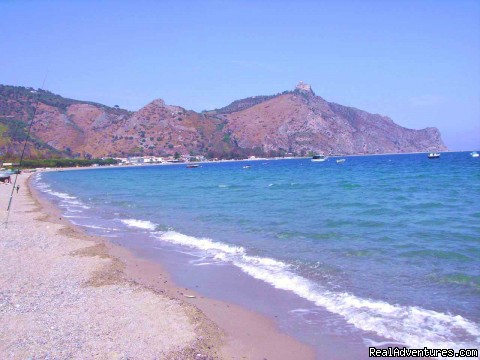 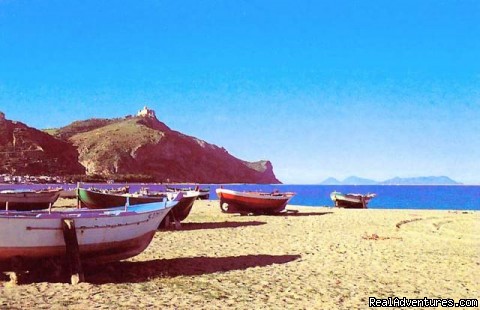 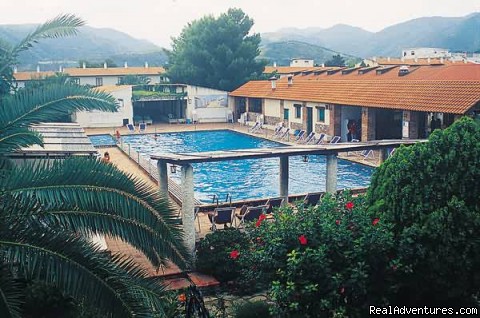 Starting at:
USD $62.70 per night
Sound like the place for you?Book Now

The resort, that is to the feet of the hill from sanctuary of Tindari, is near around meters 200, from the country of Oliveri and less of a kilometer from the little ponds of Tindari-Marinello. Each Wednesday, near the resort, it unwinds the weekly market of the near country.

From the beach, front to the village, any day (June �" September), sail boats for trips (mini cruises) to Aeolians Islands (Stromboli, Vulcano, Lipari, Salina, Filicudi, Panarea), diurnal that nighttime (these last to the red hot "Sciara of Stromboli").

In other periods the service of ferries for all the islands is always active with departure from the Milazzo neighbor.

The resort, open and parish priest all year long, is situated in front of the sea, absorbed in a luxuriant and curate park, with a very handsome sandy beach and gravel furnished of showers, partly (free) and partly equipped (to payment), with cafe and hot table. To the inside of the resort "Residence La Tonnara" is present the reception, bar, market, restaurant, pizzeria, boutique, newspaper and tobaccos kiosk, etc., 2 communicating swimming pools (for adult and for babies, open from May to beginning October), fields of tennis, mini football, ping pong, etc. In July and August comes turn diurnal animation (in the village and on the beach), evening (shows) and mini club - No FEE TICKET CLUB-.

The lodgings, disposeds on two levels, with air conditinated, are composed from zone stay-lunch, with two/three places bed and ample window that overhangs the luxuriant park of the village, angle cooking, services with shower and window. The matrimonial room is situated in the lumber-room in masonry and has equipped with other window. Besides the lodging is endowed with the necessary accessories for the preparation and the maintenance of the foods (refrigerator, plain cooking with oven, aspirant cloak, dishes, cutleries, flat, glasses etc.).

You for whoever has a preference for a vacation don't only "sun and sea", but contemplated also to know the marvelous pearls of which is rich Sicily (and the nearly Calabria and Malta) or to better the own conditions of health, you are signaled that the residence is car distant:

a) less minute 2 from small lakes of Marinello and his Natural Orientated Reserve;
b) minute 10 from the ancient "Tyndaris," with the famous sanctuary of the "Black Lady" and with the his vast archaeological zone to the inside of which insists the magnificent "Greek Theater" where periodicalment gets organized theatrical shows and events, only from the thermal establishment of Castroreale thermal baths (thermal baths of Vigliatore), already describe in precedence;
c) 10-20 min. from Milazzo (beauty coastal town with his Castle built in angioino-aragonese epoch and his head), with embarkation auto from/for all the Aeolians Islands (Stromboli, Vulcano, Lipari, Salina, Filicudi, Alicudi and Panarea) and from/for Naples, from Patti (Roman country-house), Gioiosa Marea, Portorosa, Brolo and Capo d’Orlando (all beautiful bathing place);
d) 30-45 min. from Messina, lakes of Ganzirri (and Point Lighthouse, extreme point N-E of Sicily, with sight of the stately pylon of the electric line Sicilia-Calabria, today in disuse), Santo Stefano di Camastra (City of the ceramics), Montalbano Elicona (stately Castle of the XIV century wanted from Fred II of Aragona);
d) 60 min. from Taormina, Gole dell’Alcantara, North Etna, Giardini Naxos, Reggio Calabria (city of the Bronzes of Riace), and from the Nebrodi Mountains;
e) 80-120 min. from South Etna, Acitrezza, Acireale, Catania, Palermo (embarkation for Ustica island), Monreale, Enna, Piazza Armerina, Caltagirone (other city of ceramics), Madonie Mountains, and Scilla, Bagnara ed Aspromonte (Calabria);
f) min. 150 from Agrigento (and Valley of the Templi), Porto Empedocle (embarkation for Lampedusa and Linosa islands), Siracusa (and Ferry for Malta), Noto, S. Vito Lo Capo, Reserve of the Zingaro, Trapani (embarkation for Egadi islands and Pantelleria Island), Erice, Marsala, Mothia’s island, Selinunte, Sciacca, Segesta, Gela, Ragusa Ibla, Modica, Pozzallo (embarkation for Malta in 90 minutes of navigation), Portopalo, Marzamemi and Tropea, Capo Vaticano, Nicotera (Calabria), etc. etc..

The lodgings, disposeds on two levels, with air conditioned, are composed from zone stay-lunch, with two/three places bed and ample window that overhangs the luxuriant park of the village, angle cooking, services with shower and window. The matrimonial room is situated in the lumber-room in masonry and has equipped with other window. Besides the lodging is endowed with the necessary accessories for the preparation and the maintenance of the foods (refrigerator, plain cooking with oven, aspirant cloak, dishes, cutleries, flat, glasses etc.).