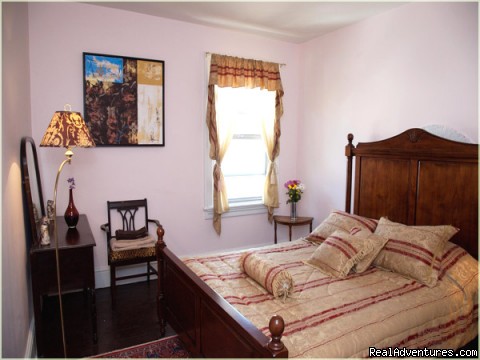 Jasmine Room (#1/9)
A beautiful room suitable for 2 people with a queen sized bed, alarm-radio clock, A/C and a cable TV 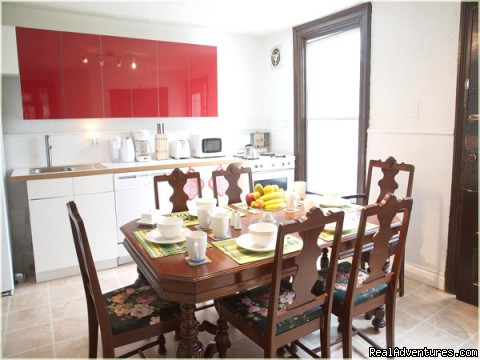 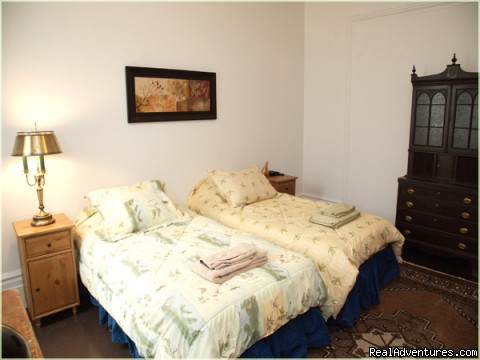 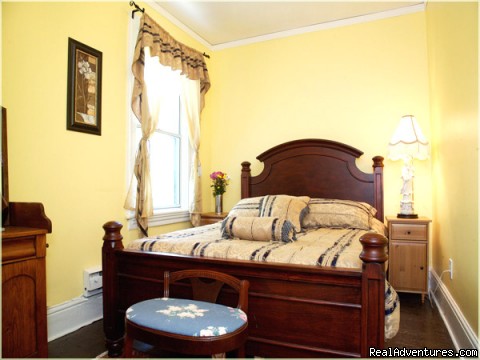 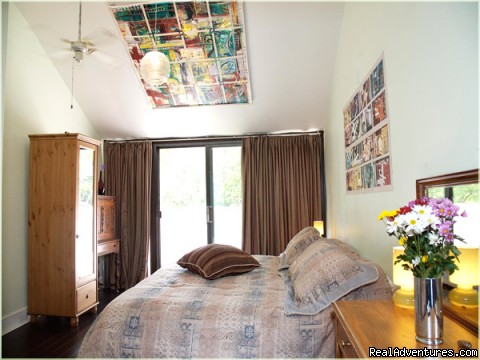 Trillium Room (#5/9)
Our largest room is situated on the third floor and is suitable for 2 or 3 people, with a king sized 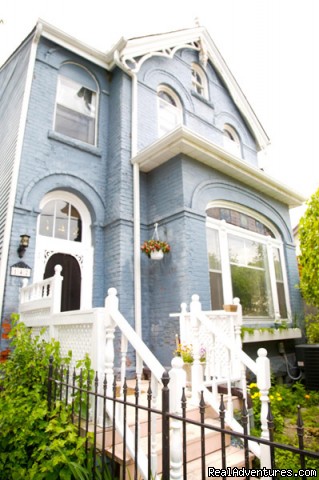 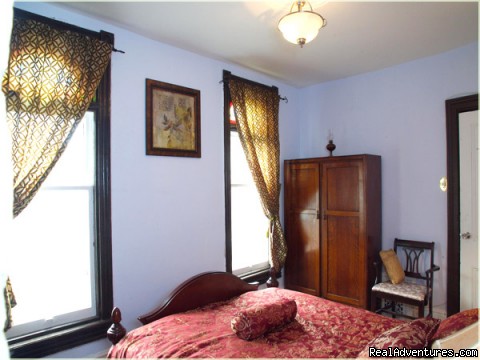 Magnolia Room (#7/9)
A spacious room suitable for 2 people with a queen sized bed, alarm-radio clock, A/C and cable TV. I 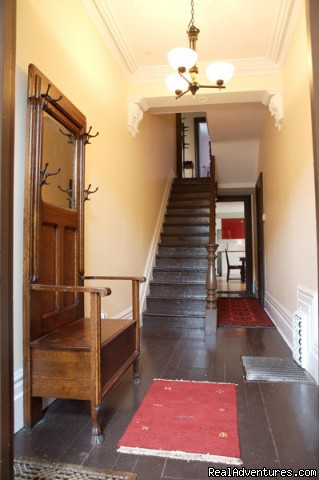 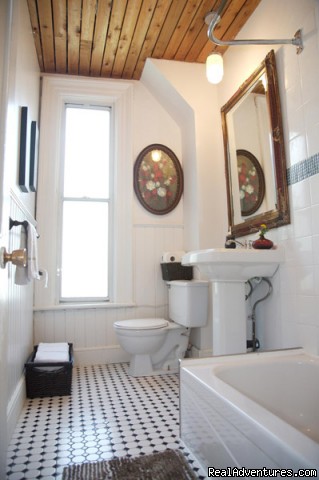 Starting at:
USD $46.14 per night
Sound like the place for you?Book Now
Right in the center of downtown Toronto. After downtown's excitement and hustle, Toronto Garden Inn offers a cozy, affordable, secure and quiet accommodation to make your stay as enjoyable as home.

We are located right in downtown Toronto

The historic character of the house is enhanced with antique furniture and decor.


From The Pearson Int. Airport

you may take the airport limousine for $49 which is the least expensive way for more than one person door to door. You may also take Airport Express bus service for $19.95 per person. This will take you to the Bond Place which is at the intersection of Dundas Street East & Bond Street. And from there it will take about 10 minute walking to the Inn or you may take a taxi which will cost about $8 to Toronto Garden Inn B&B at 142 Seaton Street.

From Union Station
you can either take a taxi, approximately $10.00 or you may also take public transit. If you choose to take transit take the Yonge Subway Line north to Dundas Station and remember to take a paper transfer at the ticket seller. Get off at the Dundas Street station and take exit to the South West corner of Dundas and Yonge Streets. With the transfer take the streetcar going east and get off at Sherbourne Street and walk one block east to Seaton Street and then head south to 142.

By Gardiner Expressway
take the Jarvis Street exit and turn left heading north. You travel north on Jarvis Street until you come to Shuter Street and turn right heading east on Shuter.. After you pass Sherbourne Street , take Seaton Street which is on your left and you will see Toronto Garden Inn on your left at #142.

There are many ethnics restaurants, bars near by and Toronto entertainment district is also in walking distance.

We have 6 Queen or King size guest rooms, a large guest lounge, full equipped kitchen & dining room and a hidden garden deck which are all available for the enjoyment of our guests.

Since one of our host has allergy to pets. We do not accommodate pets

House is smoke free- If you are smoker you can use our side yard or front porch.

Trillium room has a large private sun deck and it is a good suit for smokers.

We do not accommodate kids under 7 years old.