Being in Odessa on a business or tourist trip you need to have a good information support. Odessa tour is the best way to enjoy your travel. If you are in Odessa on vacation you will really enjoy one of the best resort areas of Ukraine. Your Odessa tour will be tailored according to your requirements. You will enjoy the private tour offered by me or constructed by you. Everyone will find here Odessa tour according to any special demands.

This tour shows you all the Jewish places of Odessa. You will visit Holocaust memorial, synagogues, Jewish cemetery, Jewish hospital and many other Odessa Jewish sights.

The tour takes you to Greek square, Greek street, Marazli street and monument. You will visit archaeοlogical museum with Greek excavations, Filiki Etaireia and other places.

During the tour you will get acquainted with Odessa different regions. You'll visit Potemkin Steps, Opera House, Passage, City Garden and many other sights.

You'll visit underground world of Odessa. The tunnels of more than 200 years old and 2500km long became a museum of partisan glory now. You will see the places where the partisans lived and experience their real living conditions. Don't forget to take jackets. The temperature is 12-14 C.

You will enjoy the most beautiful architectural constructions of the city. The palaces of Russian and Polish aristocrats are waiting for you. You will visit 4 of them and observe the exterior of others.

Belgorod Dnestrovsky is a small ancient town 81km away from Odessa. During the tour you will visit its ancient Gennovese fortress built in XIII th century AD. It is the strongest existing fortification of the territory of Ukraine.

Vilkovo is a natural preserve. It is called Ukrainian Venice. The village is covered with channels and it has boats instead of cars. You will enjoy the great flora and fauna here.

The tour includes the visit to Pushkin museum and the observation of all the places Pushkin visited in Odessa.

*Odessa off the beaten track

During this tour you will be a part of Odessa every day life. You will see what real Odessites look like. You will see Soviet residential buildings and compare them with modern Odessa architecture.

*Odessa of the 19th century

The most beautiful buildings of baroque, classical and rococo style are waiting for you.

All types of tourists! All ages!

You will get recommendations on everything! 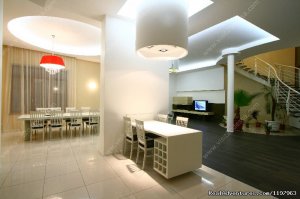 Vacation Rentals Odessa, Ukraine - 1.1 mi away
From USD $450 per Night 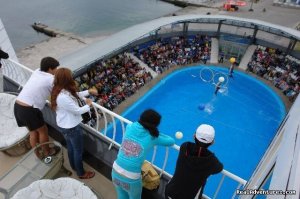 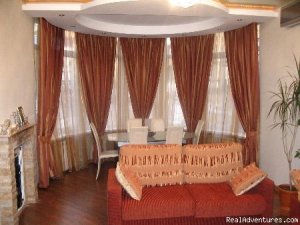 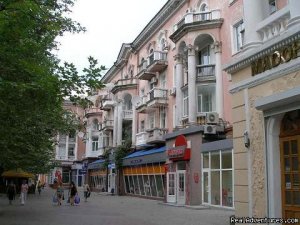 Vacation Rentals Nikolaev, Ukraine - 40.6 mi away
From USD $55 per Night

Youth Hostels Odessa, Ukraine - 0.5 mi away
From USD $13 per Person

Youth Hostels Odessa, Ukraine - 0.5 mi away
From USD $21 per Person

Youth Hostels Odessa, Ukraine - 0.0 mi away
From USD $16 per Person

Youth Hostels Odessa, Ukraine - 0.6 mi away
From USD $14 per Person

Youth Hostels Odessa, Ukraine - 1.3 mi away
From USD $11 per Person

Youth Hostels Odessa, Ukraine - 1.0 mi away
From USD $16 per Person