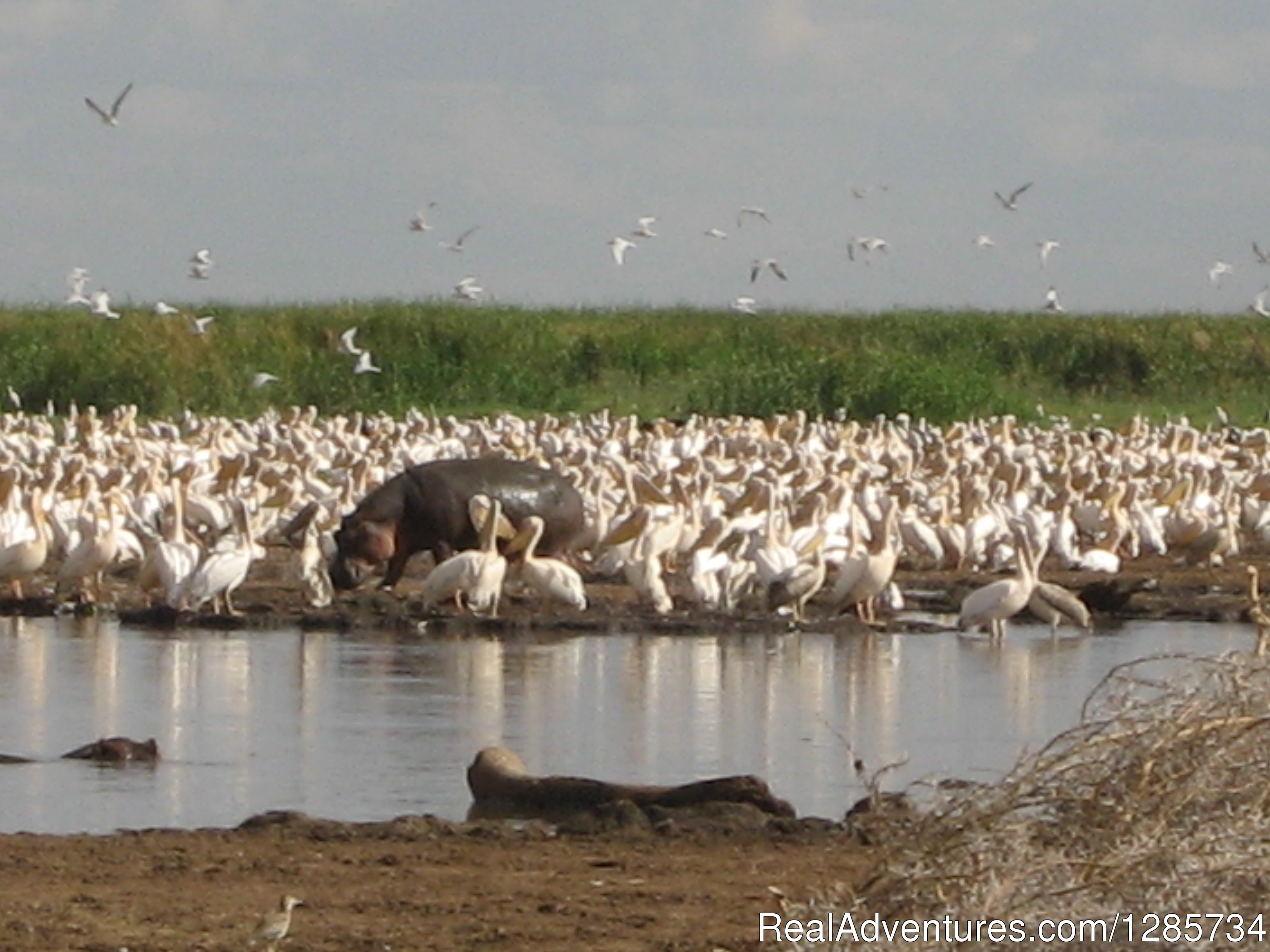 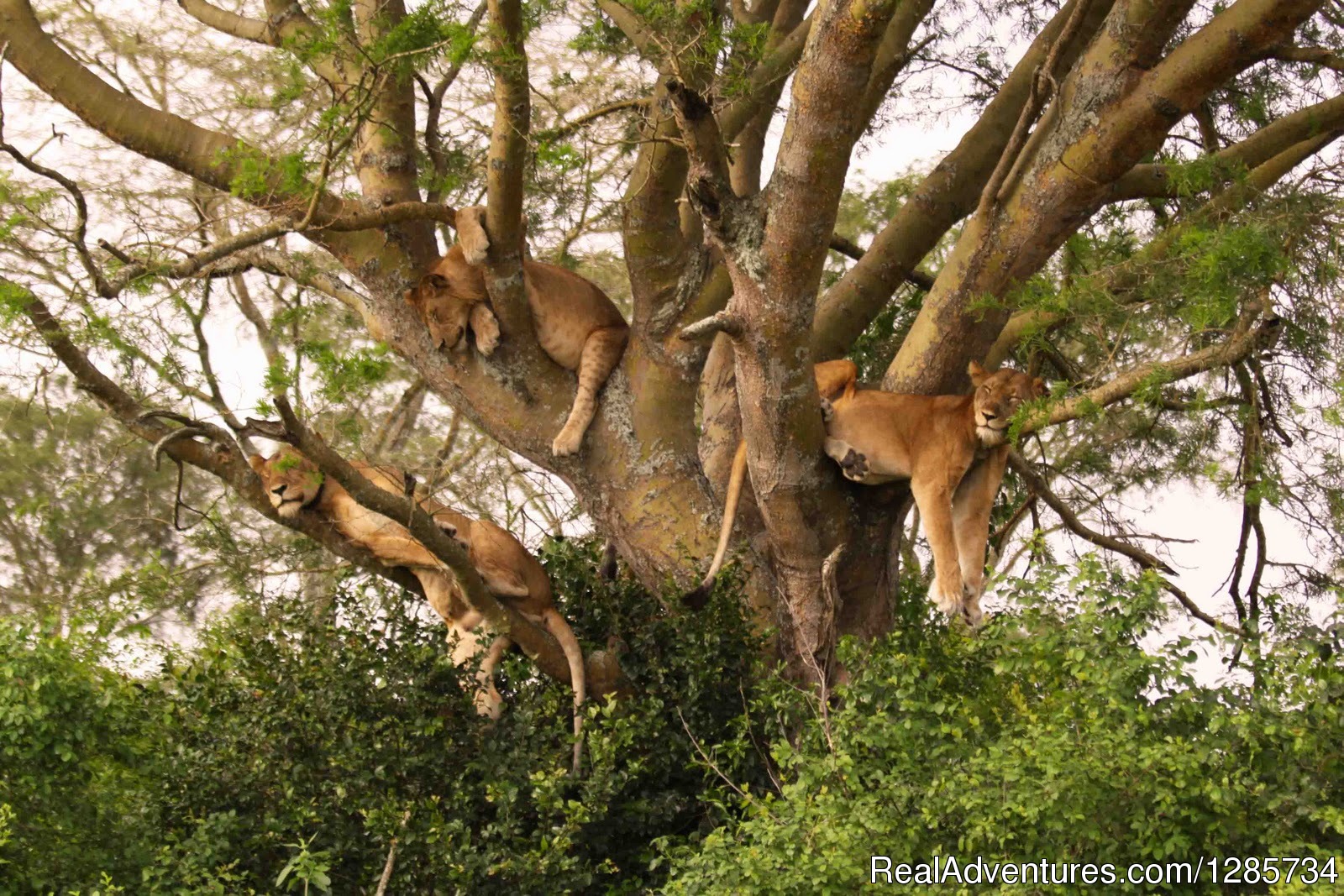 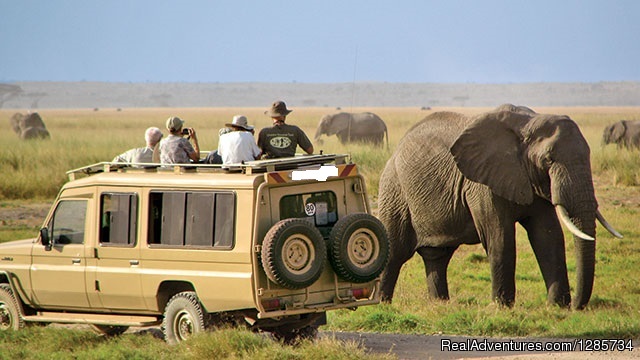 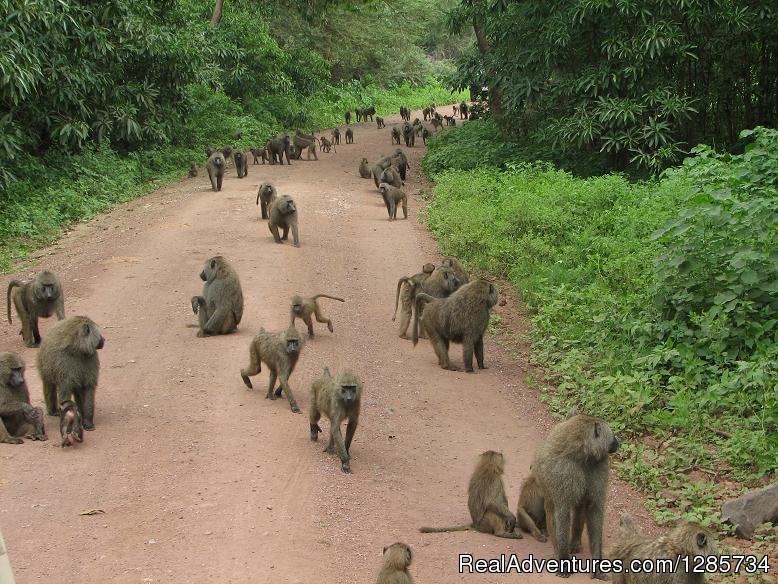 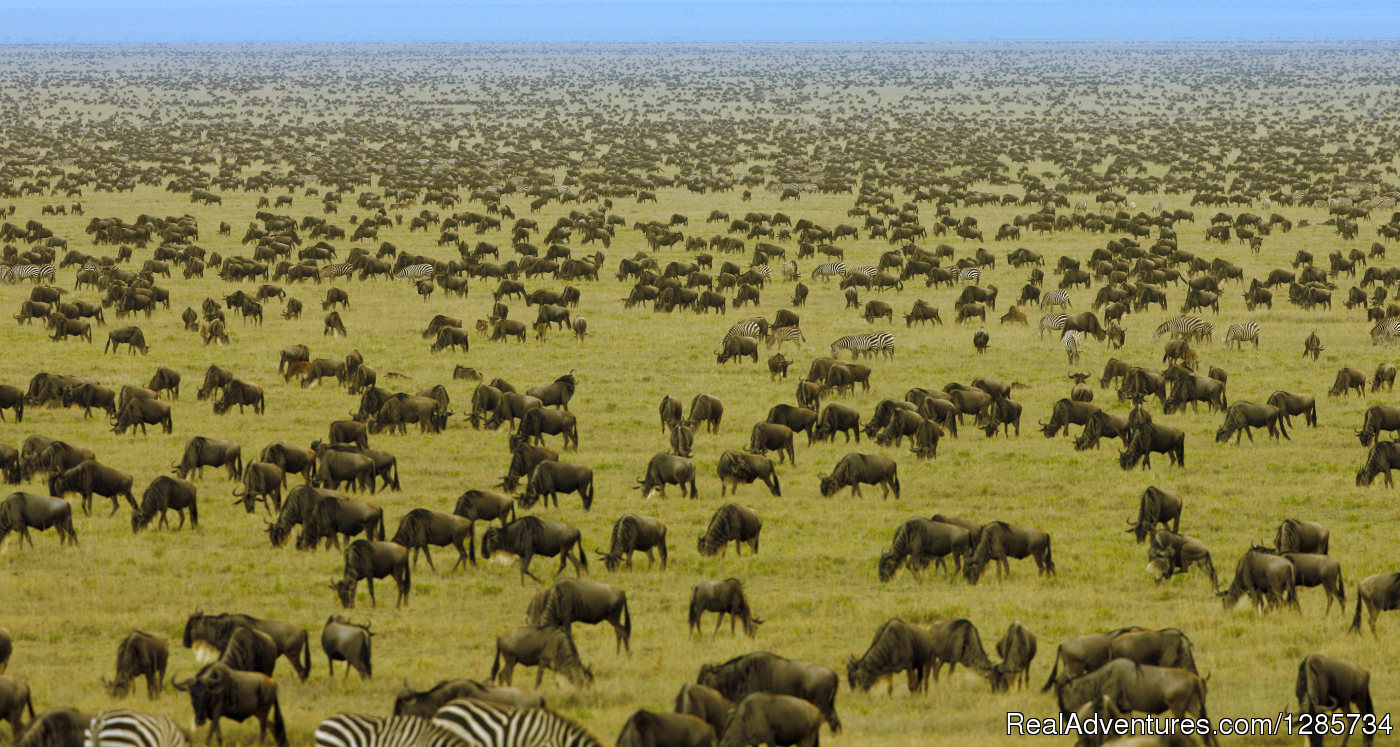 Serengeti national park migration (#5/8)
Serengeti migration as you can see thousands of animals, 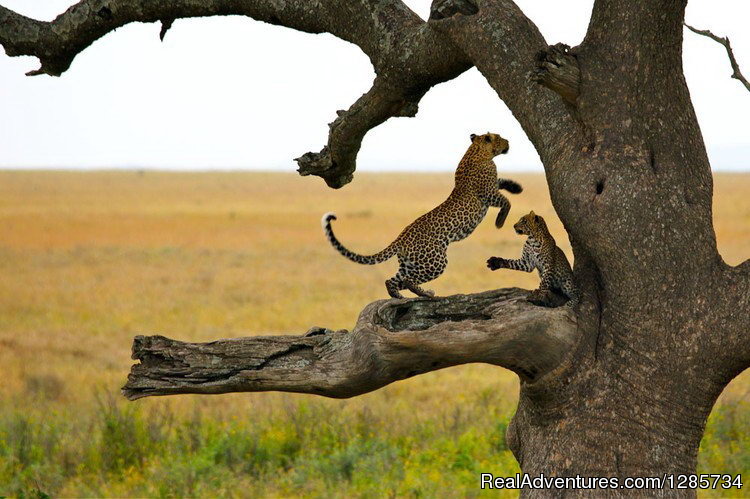 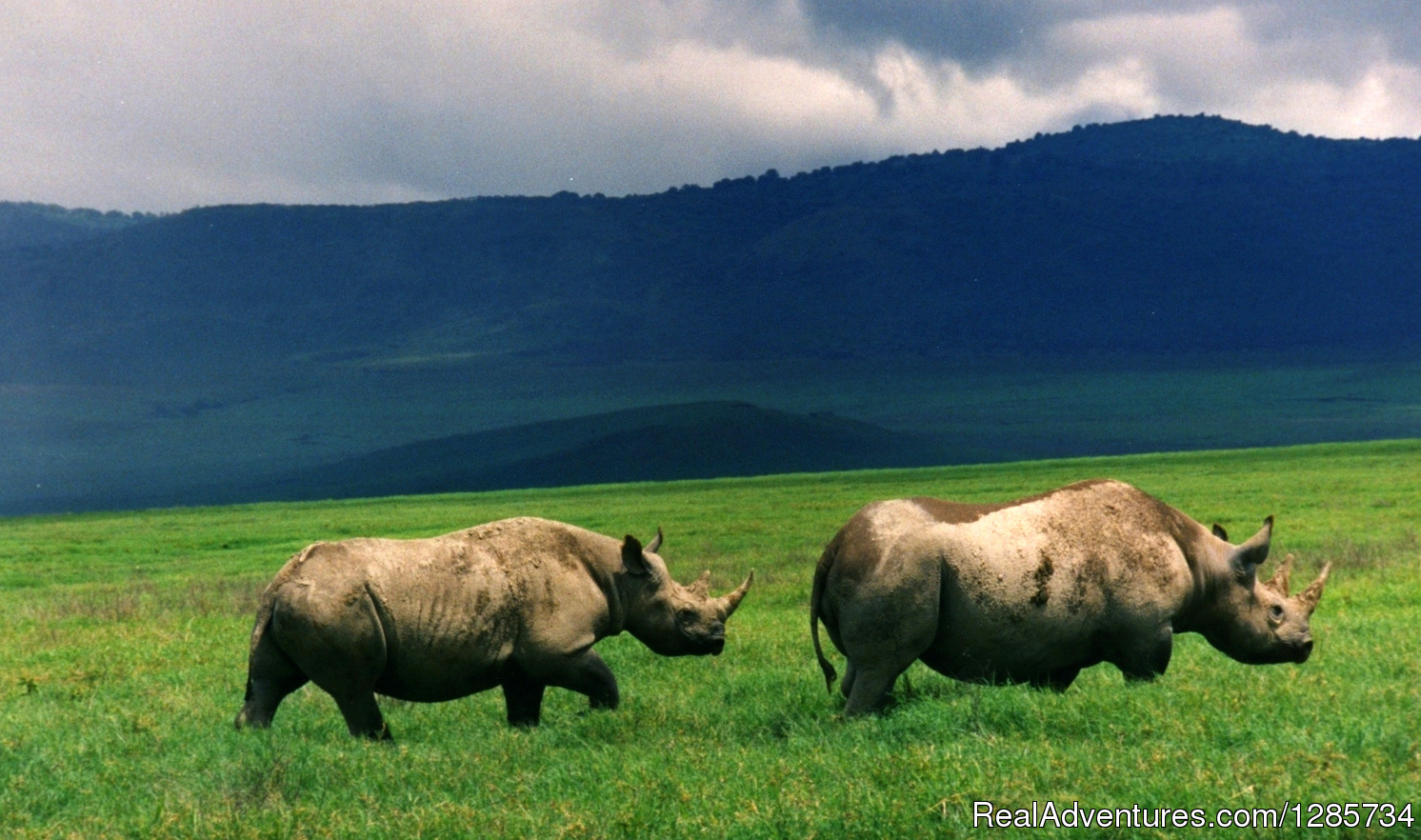 rhino in the Ngorongoro crater (#7/8) 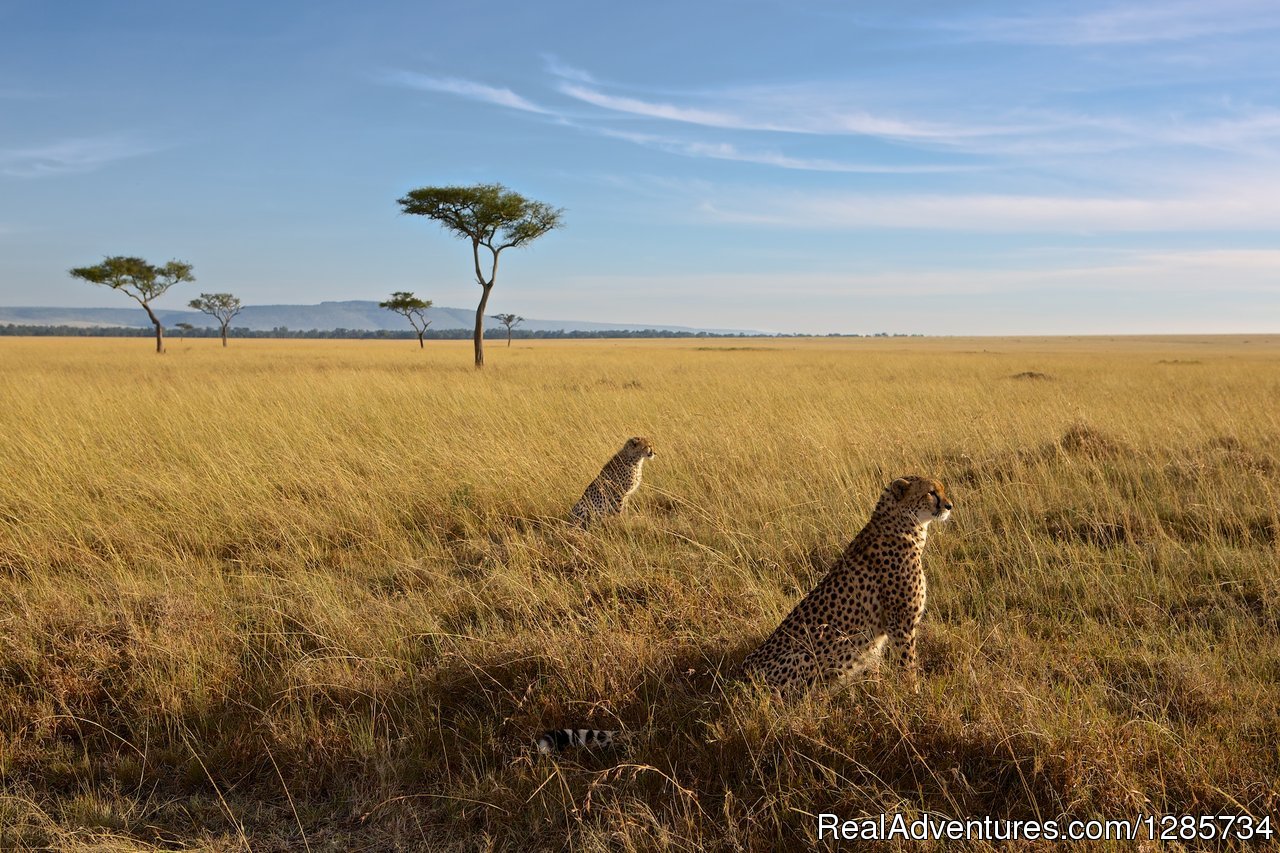 Starting at:
USD $1300 per trip pp
Sound like the place for you?Book Now
This safari takes you to the Tanzania’s most spectacular attractions at a relatively relaxed pace. You start with Lake Manyara national park famous for Tree climbing lions,Serengeti national park and the Ngorongoro crater.

The tour will cover 3 parks,which are Lake Manyara national park an ornithologists’ paradise that is also famous for the elusive tree-climbing lions, then head to Serengeti national park probably the most famous wildlife sanctuary in the world,you will end up in the Ngorongoro conservation area boasts the finest blend of landscape and wildlife often called `African Eden` and the `eight wonder of the natural world`

Day 1: Arusha to Tarangire National Park.
Depart from Arusha to Tarangire National Park with packed lunch overland in Tarangire for game drives a home to Elephant, Buffalo, Zebra, Wildebeest, Lion, Leopard, Python, Impala and many more. Over 450 species of birds have been observed in this park. Break your picnic lunch and there after proceed with afternoon game viewing evening drive to a campsite for dinner and overnight.
Day 2: Lake Manyara national park.
After breakfast, leave with picnic lunches for Lake Manyara national park for game viewing, perhaps the most beautiful on the circuit. Famous for its Elephant, Giraffes,zebras,buffalos,baboons,monkey and Lions in trees, the park boasts 20 times as many species of trees as in all of North America and outstanding bird life. Evening meals and overnight at your Campsite.
Day 3: Serengeti Plains.
Leave your camp on a spectacular drive that takes into the great Serengeti, the Grande Dame of African wilderness. Afternoon game viewing in Serengeti which is the best plain for Lions and cheaters live on the kopjes. Track the migrations in the Serengeti plains Evening return to your camp for meals overnight at campsite.
Day 4: Serengeti to Ngorongoro Crater Rim.
Wake up at early morning as you will depart for game drives in Serengeti till afternoon. Then check out of Serengeti for game viewing en-route to Ngorongoro Crater Rim for dinner and overnight at Campsite.
Day 5: Ngorongoro Crater.
You will spend the next day of your safari tour in Tanzania in one of the most phenomenal places in Africa, the 2000-foot deep, 100 sq. mile large Ngorongoro Crater. The Ngorongoro volcano at its nadir was probably about 15 000 feet high and would have resembled present day Mount Meru. Once the world’s highest structure, an enormous volcano possibly 25 miles wide at its base, collapsed inwards about 2-3 million years ago at a time when large fractures appeared creating the Eastern Rift wall. Today, the crater is home to over 20 000 large mammals. Its rich grassland caldera is an animal paradise. See some of the world’s largest Elephant, large groups of black-maned Lion, big herds of plains animals like Zebra and Wildebeest. The crater is the last place in Africa where free-ranging Black Rhino are usually seen by all visitors, evening drive to Kilimanjaro airport for your flight to your next destination.

This tour is for all age,singles,couples,family,youth and groups of all type.

Accommodation in doom tentes.
breakfast,dinner in campsites.
normally during the game viewing you will carry packed lunch and to be serviced in picnic sites.

Litter disfigures nature,Smoking,and feeding of animals is against the park laws .