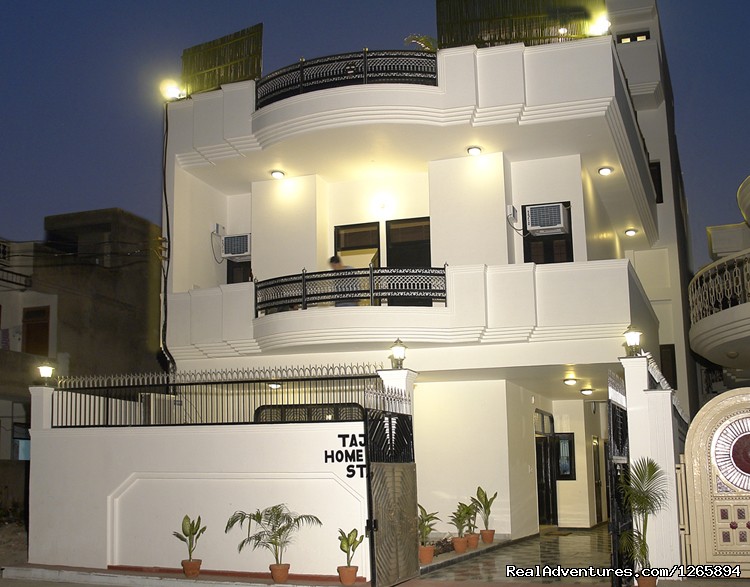 Front View
Located in the Old Idgah Colony area of the city, the Taj Homestay Bed and Breakfast offers affordab 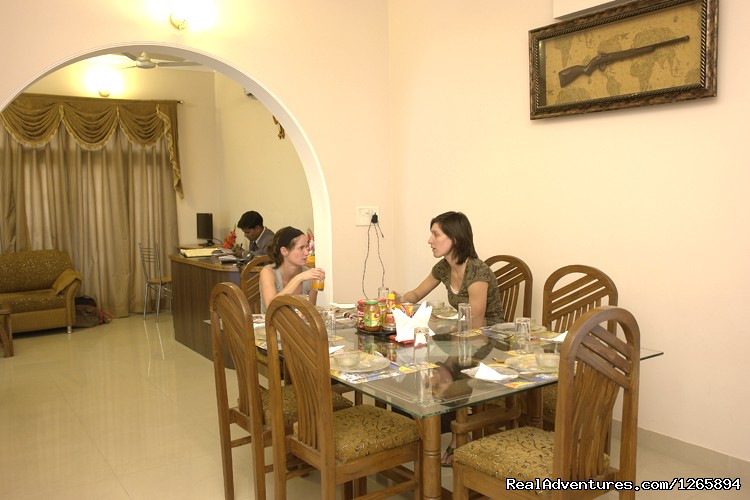 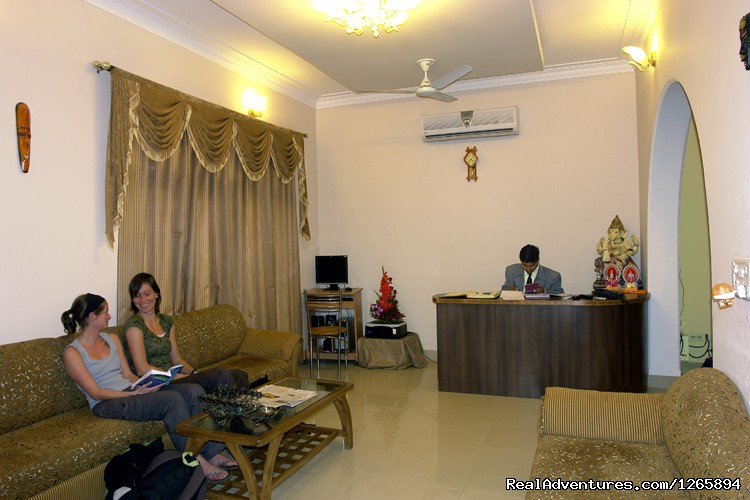 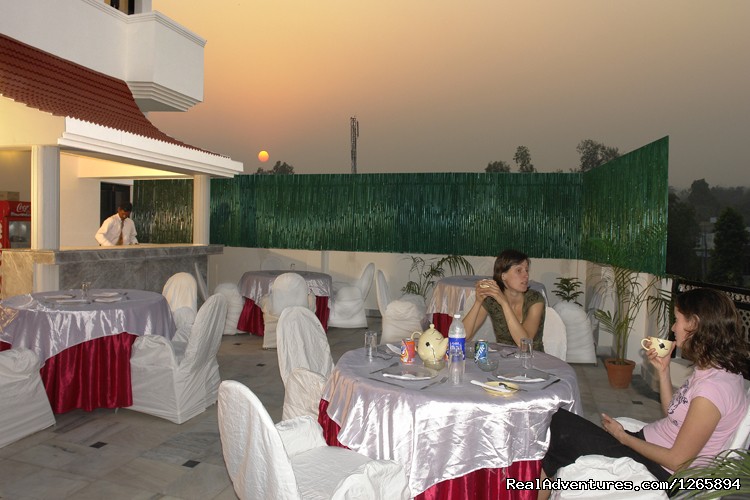 Roof Top Restaurant
Only available in season time , Taj homestay having rooftop restaurant which is operating only from 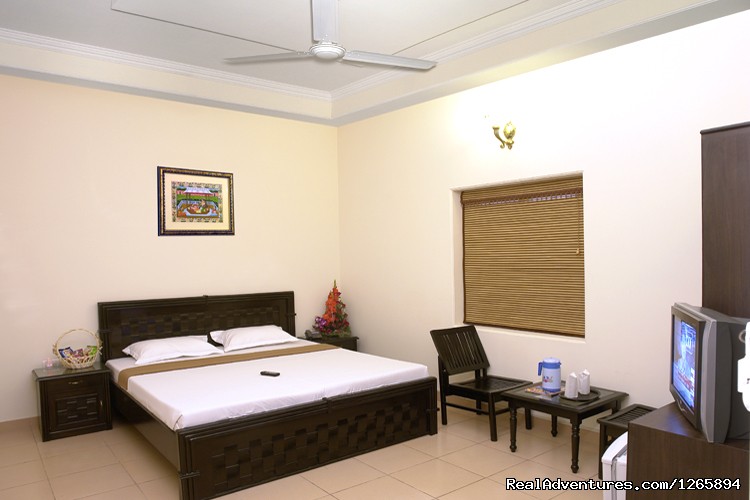 Deluxe A/c Double bed room
There is a wide range of guest rooms available, suitable for single, double or triple occupancy, all 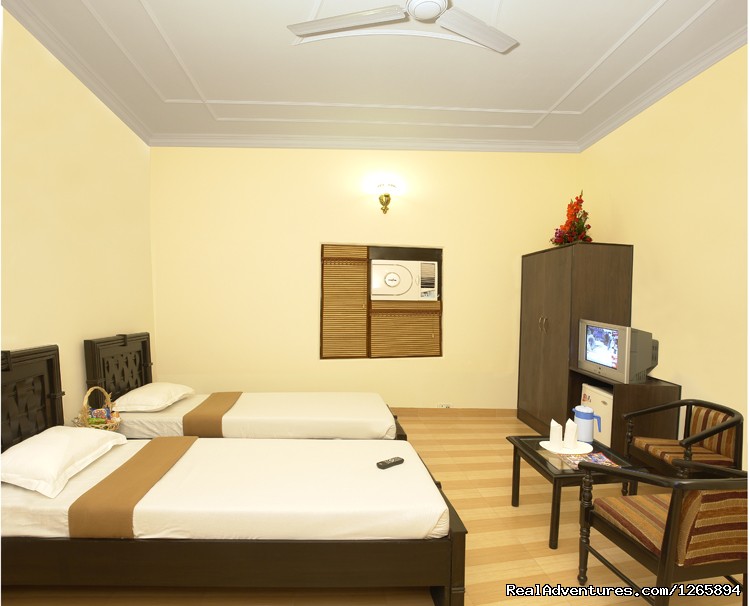 Deluxe A/c Twin bed room
There is a wide range of guest rooms available, suitable for single, double or triple occupancy, all 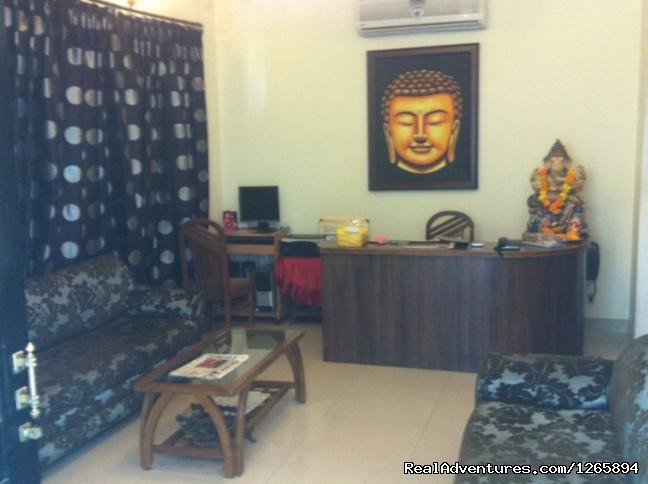 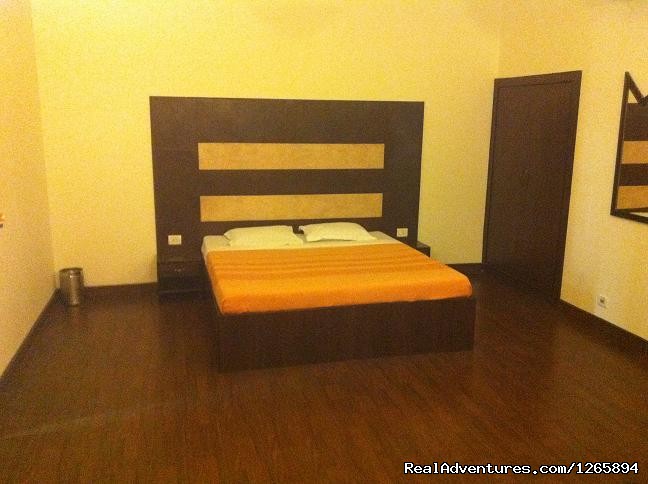 Starting at:
USD $23.70 per night
Sound like the place for you?Book Now

Taj Homestay. Situated on a quiet, peaceful residential lane in Agra, we invite you to experience our unique expressions of traditional Indian culture and hospitality. The scale of our accommodations allows us to cater your better hospitality in Agr

Mahal of Agra, India.
Taj Mahal : Taj Mahal Attractions
Taj Mahal Attractions
TajThe city of Agra, being the capital of Mughal Empire for a long time, had witnessed construction of numerous buildings on an elaborate scale. In fact, apart from the Taj Mahal, Agra boasts of a number of monuments and places to visit that are quite magnificent in their own right and are worth visiting. So, if you are planning to visit Agra the next time you are holidaying, don't forget to spare a couple of days, for the city has a lot more to offer than the splendid Taj. Include these places in your itinerary and immerse yourself completely in the epical Mughal era gone by. Given below is further information on the popular attractions near Taj Mahal at Agra.

Agra Fort
One of the famous tourist places near Taj Mahal, India, is the Agra Fort. Situated near Taj Mahal, it was constructed by the Emperor Akbar in the year 1565. However, numerous additions were carried on in this fort, till the time of Shah Jahan. A beautiful example of Mughal architecture made up of entirely of red sandstone, it is also a UNESCO World Heritage Site.

Akbar's Tomb, Sikandra
The tomb of Akbar, situated at Sikandra, is the last resting place of the Mughal Emperor, Akbar the Great and is only 13 km from the Agra Fort. The architectural style of this tomb is quite different from almost all the other tombs of the Mughals. This pyramidal tomb was completed by Akbar's son Jahangir in the year 1613 and has the 99 names of Allah inscribed on it.

Fatehpur Sikri
The deserted city of Fatehpur Sikri is situated near Agra. Constructed by Mughal Emperor Akbar, it was completed in the year 1584. Located 35 Km from Agra, it is one-of-its-kind city and is counted amongst the most majestic cities of the Mughal Empire. It's also one of three UNESCO World Heritage Sites situated in Agra, other two being Taj Mahal and Agra Fort.

Itmad-ud-Daulah Tomb
Noor Jahan, the wife of Jahangir, got the Itmad-ud-Daulah's tomb constructed in between 1622 and 1628 AD. It was constructed in the memory of her father Ghiyas-ud-Din Beg. Located on the left bank of river Yamuna, the tomb is an opulent structure and is considered to be an antecedent of the Taj Mahal because of its intricate carvings and inlay work.

Mankameshwar Temple
About 2.5 km from Taj Mahal and less than 1 km away from Agra Fort is located one of the four ancient temples dedicated to Lord Shiva that stand on each corner of the Agra city. It is surrounded by the markets of the Mughal era gone by.

Ram Bagh
Build by Babur in 1528, Ram Bagh is the oldest Mughal garden in India. Located on the banks of river Yamuna, less than 3 km away from Taj Mahal, it was designed so that the wind from the river coupled with greenery would help maintain cool during the peak summer days. The original name of this garden was Aram Bagh or the Garden of Relaxation.

Swami Bagh Samadhi
Swami Bagh Samadhi, the construction of which started more than a century ago in 1904, continues till date. It is often touted as the next Taj Mahal, as a colorful combination of marbles and carvings in stone that are believed to be not seen anywhere in India. The monument holds the ashes of Huzur Swamiji Maharaj or Sri Shiv Dayal Singh Seth.

Vrindavan
The holy city of Vrindavan, situated near Agra, is one of the most revered pilgrimages in India of the Hindus. The city is very closely associated with Lord Krishna and is said to house as many as 4,000 temples, dedicated to Him. 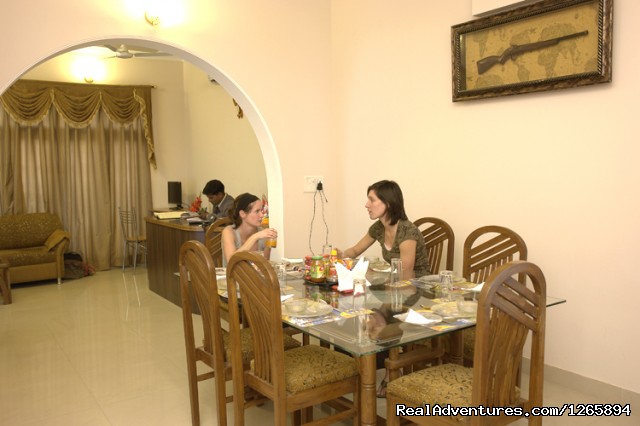 Taj Homestay. Situated on a quiet, peaceful residential lane in Agra, we invite you to experience our unique expressions of traditional Indian culture and hospitality. The scale of our accommodations allows us to cater your individual needs and wishes. Situated in the heart of Agra, just steps from the main bus stop, five minutes from Agra Cantt Railway Station, two kilometres from Agra Airport and 4 kilometres from the Taj Mahal,

About Taj Homestay
Located in the Old Idgah Colony area of the city, the Taj Homestay Bed and Breakfast offers affordable Agra accommodation close to Kheria International Airport and the Agra Cantonment Railway Station. The bed and bed breakfast is also a convenient location for visiting the Taj Mahal, Agra Fort as well as Agra other attractions, as it is within walking distance of a bus stop.

Everyone from honeymooning couples, businessmen and families to back packers feel warmly welcomed to the Taj Homestay Bed and Breakfast. On arrival, you will be greeted by welcome drinks in the lobby's lounge, a lovely personal touch. Similarly, you are definitely going appreciate the helpful multilingual staff, who are on call 24 hours a day.

After long days sight seeing, guests can enjoy the restaurant's delicious cuisine or surf the Internet at the Internet point. The bed and breakfast also does its utmost to make your stay as easy as possible, providing a luggage room, fax service, personal newspapers on demand, and a laundry service too.

Taj Home Stay is conveniently located in the center of Agra city. It is very close to the airport, railway station and all the tourist attractions. 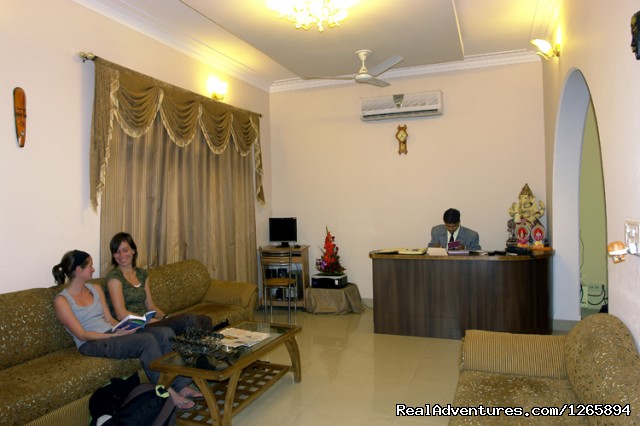 Directions
Taj Home Stay is conveniently located in the centre of Agra city. It is very close to the airport, railway station and all the tourist attractions. Its major distances are:


Directions from the Main Junction:
Once you come from Agra Cantt railway station go past the airport road then you will reach the Idgah Bus stand junction from there you can move to Police Station Old Idgah from there its just 20-30 meters to Taj Homestay Gate.


By Road:
Once you come from Delhi N.H ( By road ) you go onto Gwlior road then you will reach Prathapura Juction then you can move onto Airport road from here you will reach the Idgah Bus stand junction from there you can move to Hotel Sagar. Its just 20 - 30 meters to our Taj Homestay.

Taj Homestay Bed and Breakfast, there is a clean and spacious guest room just waiting for you. There is a wide range of guest rooms available, suitable for single, double or triple occupancy, allowing you to choose one which matches perfectly your travel requirements as well as your budget. Although all of the cool rooms come at a great price, they also offer a marvelous selection of amenities and a superb balcony. Even though you were not expecting it, the rooms have high-speed Internet access as well as a cable TV, DVD and video player upon request. Guests can also delve into the mini bar for refreshments or make themselves a cup of tea or coffee. Other amenities include a direct dial phone, hair dryer, heating, individually controlled air conditioning. Additional beds and cots can also be requested from the front desk.

Children and extra beds:
Children under 7 stay for free if using existing bedding.
Children aged 7 or over must use an extra bed.


Extra beds are dependent on the room you choose, please check the individual room policy for more details.