Sailing aboard a Maine Windjammer 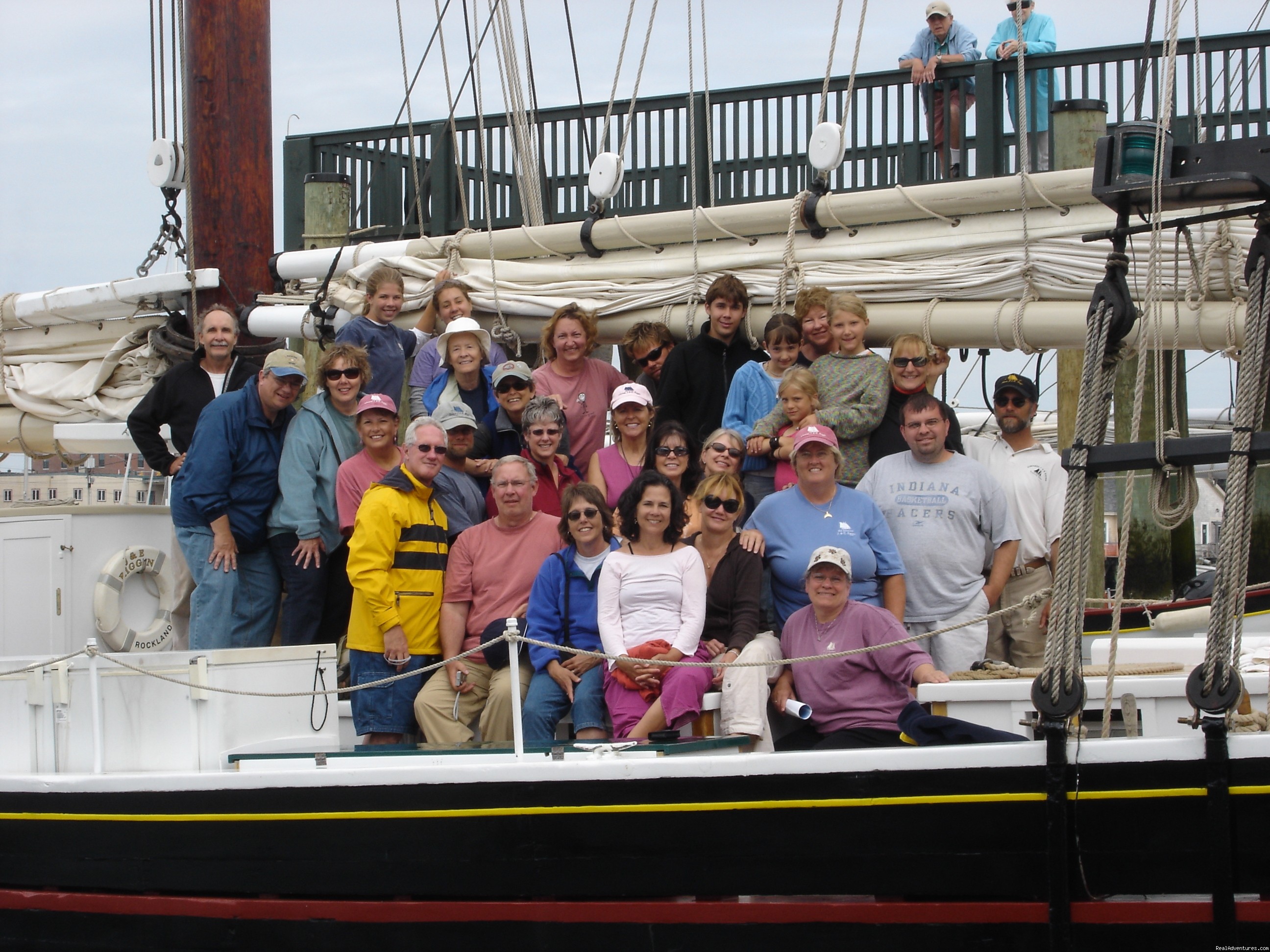 Happy faces at the end of a voyage! 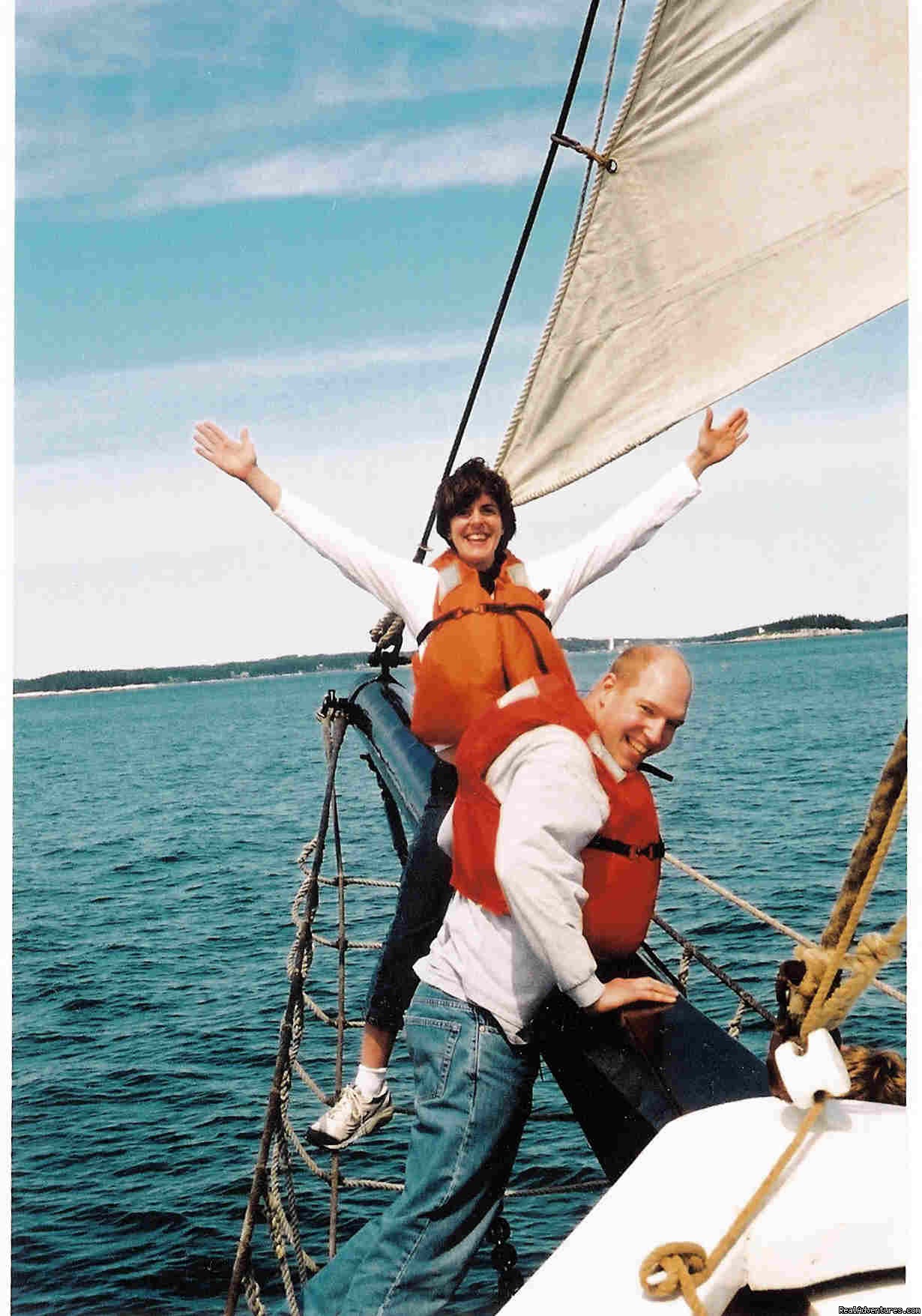 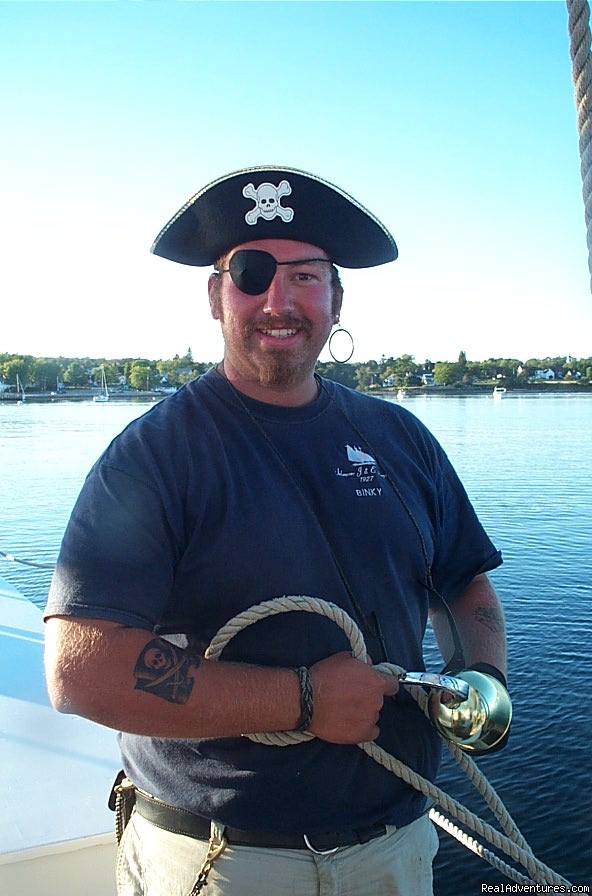 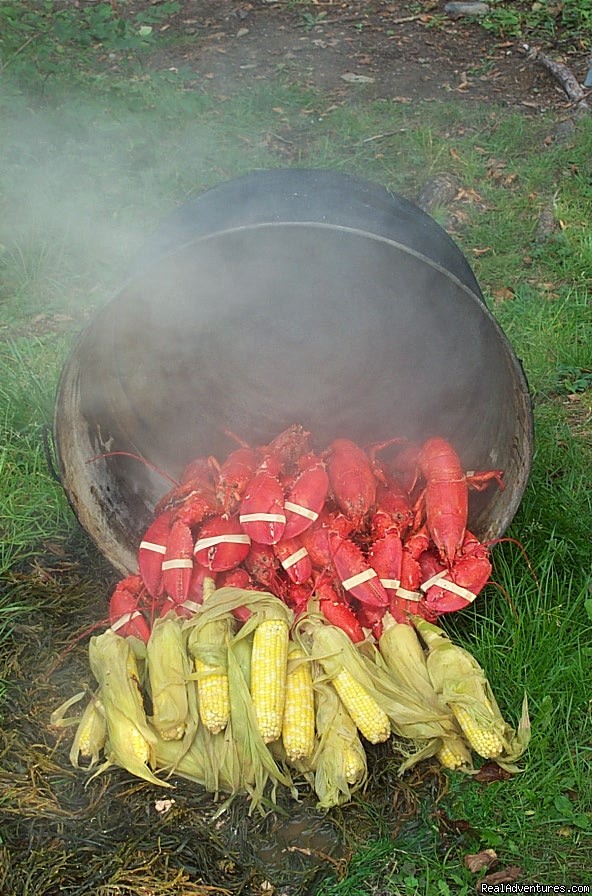 All you can eat Maine lobster bake 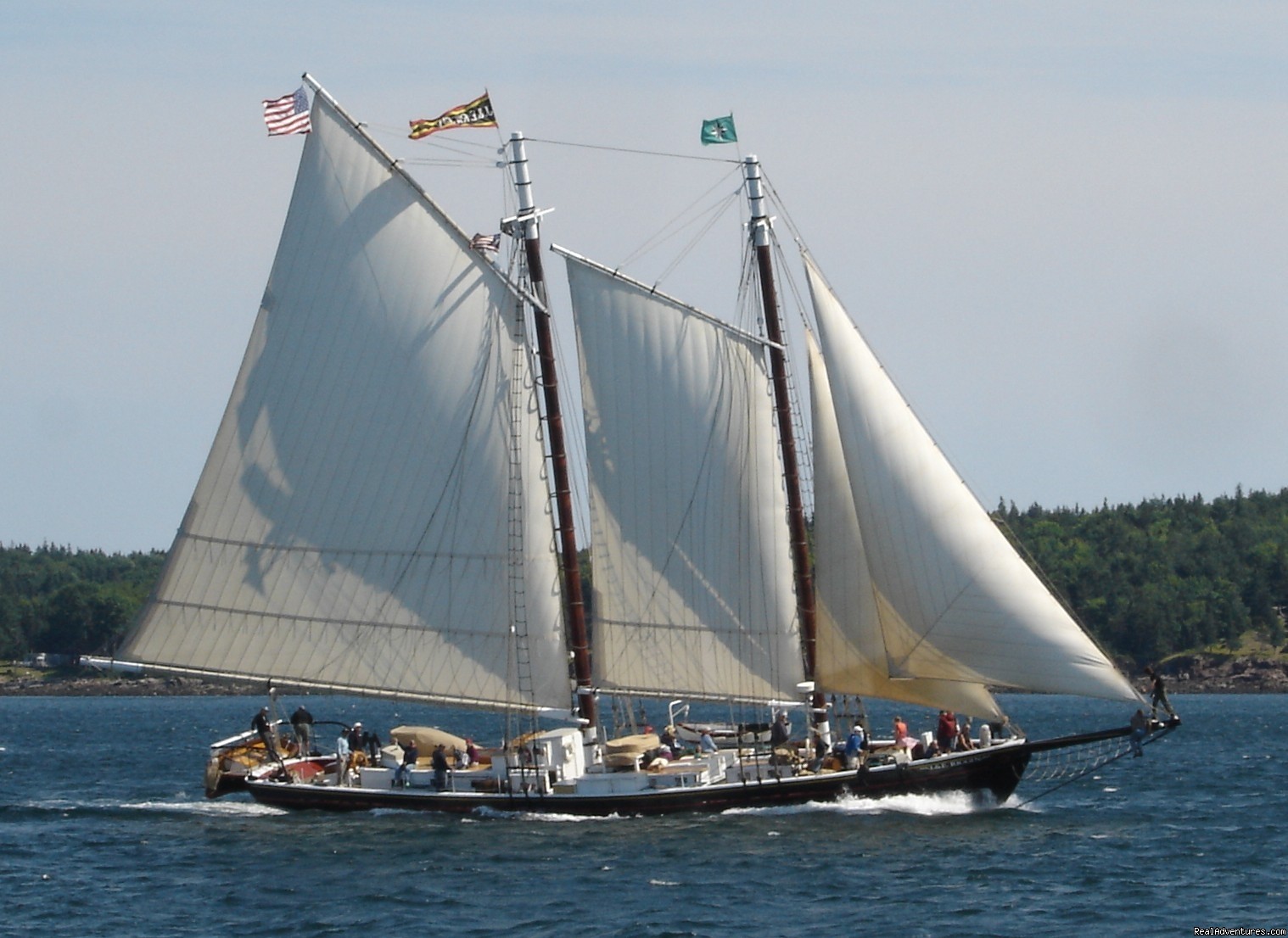 Sailing on the bay 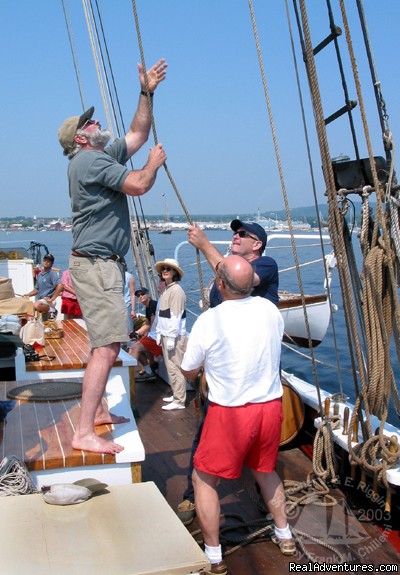 Join in and help sail the boat

Previous
Next
Sailing aboard a Maine Windjammer Rockland, Maine

Starting at:
USD $525 per trip
Sound like the place for you?Book Now
Experience authenic sailng on a historic Maine windjammer. See islands, wildlife, lighthouses and enjoy a traditional hearty meals cooked on a woodstove. Enjoy the rugged Maine coast from the right side...the ocean!

The J. & E. Riggin is a beautiful old two-masted schooner that has been newly rebuilt to accommodate 24 passengers and 6 crew. She is 90' long on deck, 120' overall, 23' wide and draws 7' with her centerboard up. The Riggin was originally built in Dorchester, N.J., in 1927, for the oyster-dredging trade. She was built for Charles Riggin, who named her after his two sons, Jacob and Edward. She gained a fine reputation in the Delaware Bay area as an able sailor. After being rebuilt and rerigged as a passenger vessel, the Riggin has sailed Penobscot Bay since 1977. She was designated a National Historic Monument in 1991.

The Riggin is fully equipped with GPS, radar, loran, and radio. She meets all Coast Guard requirements for construction and safety equipment. Newly certified to carry passengers, she fully meets all requirements for stability and watertight integrity. With her sleek lines preserved, the Riggin is still the fast and reliable sailor that earned the respect of the oystermen on the Delaware Bay. Just as she was when she was built, the Riggin has no inboard engine. Her sixteen-foot diesel-powered yawl boat can be used during calm spells for maneuvering into or out of tight harbors. The Riggin's superior sailing ability allows us to cruise by the islands and coastal scenery without the noise and fumes of an engine to disturb the spell. 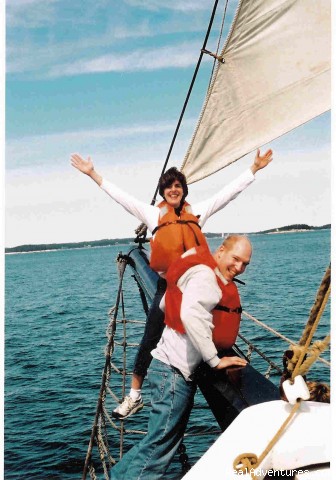 Our breathtaking cruising area, amid the hundreds of islands of Midcoast Maine, is one of the most scenic and spectacular in the world. We sail between Boothbay to the southwest and Bar Harbor to the east just like they did a hundred years ago, with the wind and tide to determine our course and destination; we have no set itinerary. Often we slide through narrow passages or weave through clusters of granite-based islands. The Penobscot Bay and Blue Hill areas are rich with relaxed sailing, offering an unending variety of scenery and protected waters for comfortable cruising.

You’re welcome to help with the sailing by hoisting sails and tending sheet, or you can simply watch. The Riggin is a spacious-decked historic schooner with plenty of room to move about and broad cabin tops on which to stretch while you read your book, knit, sketch or just enjoy the scenery, and relax. You might want to spend some time chatting with the Captain or taking a turn at the wheel yourself. You can also check our position and the names of the islands on the chart. Be sure to spend a moment or two alone at the bow listening to the ocean rush past.

At the end of each day's sail, we drop anchor in a different harbor. It could be an island fishing village such as Isle au Haut or Burnt Coat Harbor or a larger working town like Stonington. Sometimes we’ll find a quiet cove where only the flicker of a cottage light hints at civilization. Feel free to go ashore in the yawl boat to explore or take our traditional Maine peapod for a row or do some fishing. One evening each week we stop at an undisturbed shore for lobster steamed over an open fire - certainly one of the highlights of your trip!

Folks from 12 to 100 are welcome aboard any of our trips. We have special Kids and Family trips where children age 6 and up are welcome to join us for a voyage on the bay.

Everyone has their own cabin, two people to a cabin. We can sleep a maximum of 24pp. All meals are included and are prepared from scratch by chef/owner on the ship's antique wood stove.

We are a non- smoking vessel as we are a National Historic Landmark and made from wood. We do not allow pets of any kind aboard the schooner.

We have several speciality cruises inlcuding Lighthouses & Lobsters, Windjammer Parade, Schooner Race, It's All About the Food, Photography Cruise and a Music Week.