Japan is a mix of East and West

Japan Is a Mix of Modern and Centuries Old Culture

I recently visited Japan for the first time. It is a country of modern technology mixed with a culture that is centuries old, steeped in tradition. One the one hand, Japan is one of the world's most energetic and industrialized nations. You can see skyscrapers, modern department stores, and people everywhere checking their e-mail on their Palm Pilots. Yet, on the other hand, its people still cling to their ancient rituals. There are teahouses, where people remove their shoes and are served tea by a tea master wearing her traditional gown. The Japanese are humble people who bow in their everyday lives in respect of others. A visit to Japan is a unique experience, one that will long be remembered by the traveler.

My first night in Japan was spent at the ultra-modern Park Hyatt Tokyo hotel. The hotel is located in the West Shinjuko section of Tokyo where you will see skyscrapers and offices of many high-tech companies. The Park Hyatt Tokyo hotel occupies the top 14 floors of the 52 story Shinjuko Park Tower; offices occupy the lower floors. The lobby of the hotel is located on the 41st floor and provides a spectacular view in all directions of this city of 12 million people.

The hotel also has a health and fitness center and a 65-foot swimming pool with stunning views of the city. From my room on the 49th floor, I was able to see the snow-capped cone of Mt. Fuji, Japan’s tallest mountain at 6 A.M., but after 15 minutes, Mt. Fuji, which is 75 miles from Tokyo, disappeared from view behind the clouds.

At 6:45 A.M., about 30 minutes after I last saw Mt. Fuji, I took a 15-minute subway ride to the huge Tsukiji Fish Market in Central Tokyo. It is reputed to be the largest fish market in the world, 11 times the size of the Fulton Fish Market in New York City, with 60,000 employees and 30 million dollars in sales daily. Each morning there is an auction beginning at 5 A.M. where thousands of restaurateurs and other food sellers from all over the city buy the sea produce they need.


Shinjuko Station in western Tokyo is the busiest train station in the world and is only a 12-minute walk from the Park Hyatt Tokyo hotel. More than two million people pass through it every day. During morning rush hour, station employees wearing white gloves push passengers into crowded subway or train cars making sure no one is caught in the closing doors. Shinjuko Station and other train stations throughout Japan are clean and have no graffiti. They are also huge and have lots of shops and restaurants. Refrigerated food in plastic containers can be purchased there if you want to eat while traveling. A packaged meal of rice or noodles in one compartment, and cooked chicken or fish and vegetables or sushi in another compartment, is very good and sells for about $5.00 (U.S.). These types of meals can also be purchased in convenience stores throughout Japan.

Despite the hustle and bustle of western Tokyo, there is an “inner garden” there, the Meiji Shrine situated on 175 acres of land. It was built in 1920 to commemorate the Emperor Meiji. It is quiet and beautiful with well-kept grounds and thick forest areas. But it is not a park. There are no benches to sit on and no bicycling or jogging is permitted. Meiji Shrine is a Shinto shrine, and Shinto is Japan’s oldest religion. Weddings are performed on weekends at Meiji Shrine and at Shinto shrines throughout the country.

Shinto is the oldest religion in Japan, but most Japanese practice two religions, Shinto and Buddhism. The Senso-ji Temple, is Tokyo’s most sacred and spectacular Buddhist temple. It is located in the Asakusa district of northern Tokyo. While the Shinto Meiji Shrine is quiet and serene, the Buddhist Senso-ji Temple is loud and festive and has a carnival atmosphere. Small shops selling everything from shoes to crafts to silk kimonos line both sides of the two-block approach to the temple. People constantly surround an incense burner allowing smoke to flow over them “to keep healthy”. Others wash their hands in sacred water from a fountain. Still others toss coins into a trough before praying. Many purchase good-luck charms for health, traffic safety, and for passing entrance exams.

The beautiful Ueno Park is the dominating attraction in the Ueno district in northern Tokyo. It contains many important museums and other landmarks and is a wonderful place to stroll and relax. The Tokyo National Museum in Ueno Park has over 89,000 items on display and is considered the best assembly of Japanese art in the world. The large and picturesque Sinobazu Pond in Ueno Park is an annual stop for thousands of migrating birds. Ueno Park seems far removed from the high paced activity of the skyscraper district in western Tokyo, yet it is only a half-hour ride by subway from the Tokyo skyline.

Across the street from Ueno Park and overlooking Sinobazu Pond with its flying birds and colorful rowboats, is the newly renovated Sofitel Tokyo hotel that opened September 1, 2000. The hotel is famous for its five-tier pagoda shape that is reminiscent of a Christmas tree. I stayed at this lovely boutique hotel which features the largest rooms in Tokyo. It has only 86 rooms, each with Internet and modem srvice. It was like my home away from home. The bathrooms have gray or magnolia marble and the rooms offer stunning views of either Ueno Park or the Tokyo skyline. I found the service at the Sofitel Tokyo hotel to be superb, and the staff knows each guest by name.

Tokyo is Japan’s largest city. But, Japan’s second largest city, Yokohama, with a population of three and one-half million, is only 18 miles from Tokyo. The Tokyo-Yokohama area is the largest urban concentration in the world. I traveled by train from Tokyo to Yokohama, a ride of about 45 minutes with stops.

Yokohama is a port city on Tokyo Bay. The new Minato Miria 21 waterfront area on the bay is a spacious area with wide boulevards and skyscrapers.

I stayed at the Pan Pacific Hotel Yokohama, a large hotel in the waterfront area with 485 rooms and an elegant-tropical décor. From my room I had an excellent view of the bay and a new amusement park that features a roller coaster and huge Ferris wheel. Weddings are a big business at hotels in Japan, and 650 weddings are performed at the Pan Pacific Hotel Yokohama each year, mainly on weekends.

There are several museums in the Minato Miria 21 bay area. The Mitsubishi Minatomiriai Industrial Museum is an interactive science museum about two blocks from the Pan Pacific Hotel Yokohama. The museum offers two floors of advanced technology exhibits for students and adults. The exhibits deal with subjects such as space development, environmental needs, and energy supplies. I have never seen science exhibits with this level of sophistication.

A fun place to go in Yokohama is the Shin Yokohama Raumen Museum, which is actually a theme restaurant. After paying about $3.00 (U.S.), you walk downstairs and enter a dimly lit back street reproduction of 1958 Tokyo. There are several small bars and restaurants, the type you would see in old movies where sailors hang out. You then purchase a ticket for the meal at the restaurant you choose. The most popular food at the restaurant, and also a popular Japanese dish, is “Raumen”, a noodle soup. I tried it and the soup is delicious. A waiter told me that the proper way to enjoy this soup is to drink the soup first, and then, using chopsticks, slurp and gulp down the noodles before they become soft and mushy.

No visit to Japan would be complete without seeing Kyoto, the former capital. This city with a population of one and one-half million, is about a three hour ride on the bullet train from Tokyo. Kyoto has 1,600 Buddhist temples, although many are small neighborhood temples, and 200 Shinto shrines. Kyoto also has pagodas, museums, and lovely gardens. An excellent way to explore Kyoto is by a four-hour walking tour offered by an experienced Japanese guide, Hajime Hirooka, better known as Johnnie Hillwalker, call (075) 622-6803. This private $18.00 (U.S.) walking tour will take you through the back streets of Kyoto, and along the way everyone is treated to a piece of sushi and a Japanese pastry with tea.

While in Kyoto, I attended a tea ceremony at Yoshi-ima Shinbashi.gion teahouse, phone 561-2620. After walking through a garden and crawling through a small opening in the teahouse to make yourself “humble in mind”, the simple but impressive ceremony begins. In feudal times in Japan there were classes of people from the warrior, the highest, to the merchant, the lowest, and everyone and their descendants always remained in the same class. But whenever any person was inside the teahouse with others, everyone was equal, and this lovely ancient ceremony has endured for centuries. 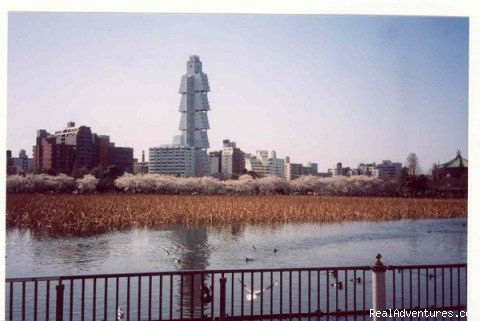 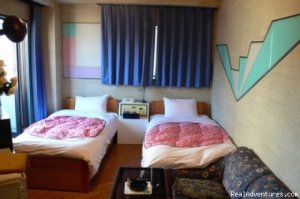 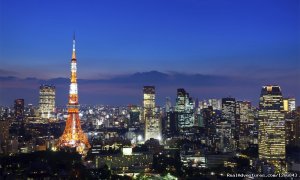 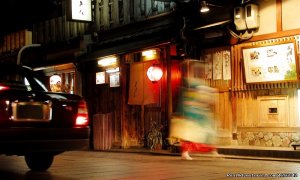 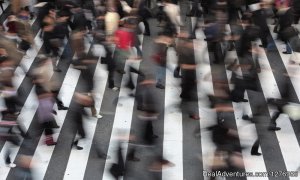 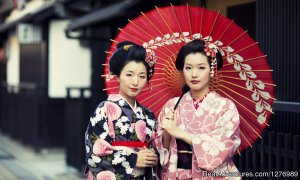 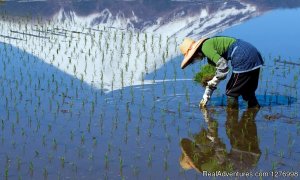 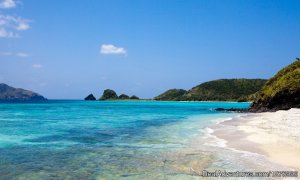 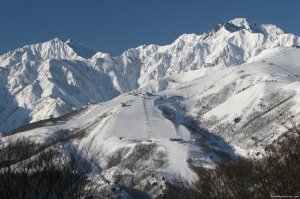