Guided tours are provided daily from 9 a.m to 5 p.m. from June to September, with extended hours for tours on Wednesday evenings during July and August until 7:30 p.m. A visit to the Bideford Parsonage Museum will take you back to an era of simpler times, when a wood-burning stove was your only source of heat, your water was pumped by hand and heated on top of the stove, and you had to wash your clothes on a scrub board and then squeeze the water out of them with a hand operated wringer. Other reminders of that era are an icebox for refrigeration, a churn for making butter, and ice skates that are merely blades that strapped onto your winter boots!
All this and much more can be found at this Provincially Designated House that was built in 1878 by accountant and telegraph operator Thomas H. Pope. In 1884 he sold his home to the Bideford Methodist Church for use as their Parsonage, and just ten year later, on August 3, 1894, author Lucy Maud Montgomery came to board with the resident parson, Rev. John Estey, his wife and daughter. LMM, or Maud, as she preferred to be called, had a large room overlooking the Goodwood (Bideford) River and Malpeque Bay. We can picture Maud as she sat at a desk with a copy of her lesson plan, along with the official record of her salary that year - the princely sum of $149.58 for the entire year! Be sure to check out the pantry where the famed 'liniment cake' was made by Mrs. Estey for a visiting minister, which provided Maud with the idea for a Short Story that was published in the 'Golden Days' magazine on August 27, 1898 entitled "A New-Fashioned Flavoring", and later in the 1908 publication of "Anne of Green Gables" in the chapter "A New Departure in Flavourings".

Each Wednesday during July and August at 7:30 p.m., is "Wednesday Evening with L.M. Montgomery" where guest speakers share insights into the life and works of this famous author, or when guest readers read stories written by this famous author and published 100 years ago. Admission is free, but a freewill collection is gratefully accepted to help in the support of this property. Light refreshments and conversation bring the evening to a close about 9 p.m.

All ages are welcome to tour this Museum. Young children may find the "Wednesday Evening with L.M. Montgomery" to be beyond their interest and understanding.
Pets and smoking are not permitted inside the Museum, however pets are permitted on leash on the grounds and smoking is permitted outside away from the entrance. 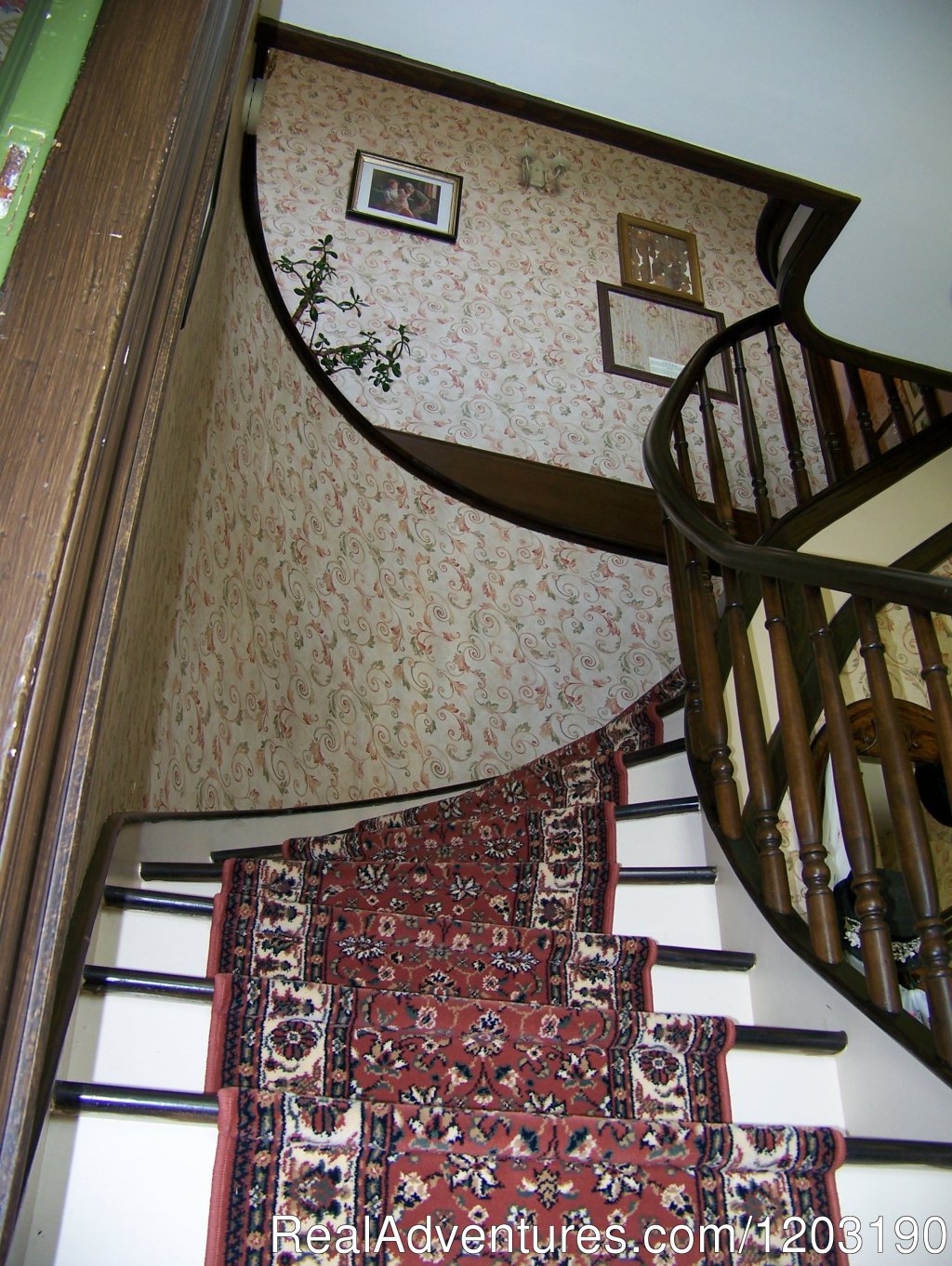 Each July, our Annual Strawberry Social is held on the grounds on the second last Sunday from 1:30 to 4:30 p.m. Musical entertainment, games, period costumes and delicious strawberry shortcake with rhubarb cordial or tea is enjoyed by those in attendance. 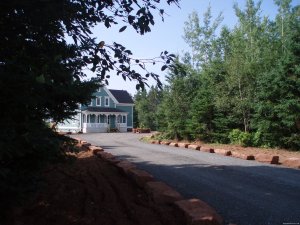 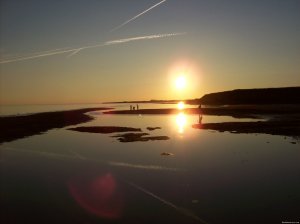 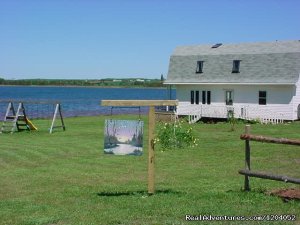 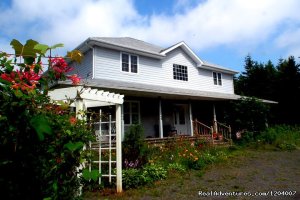 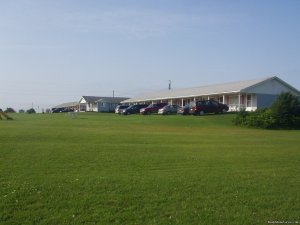 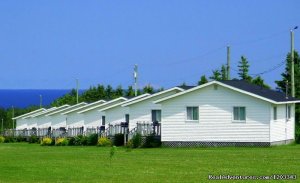 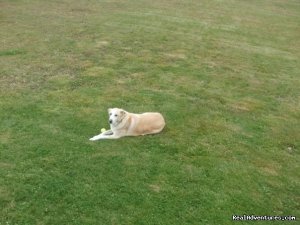 Dream with us at beautiful Dreams to Sea Cottages 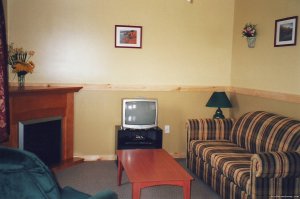 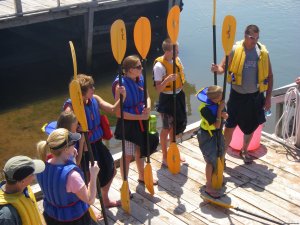 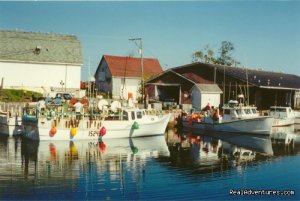 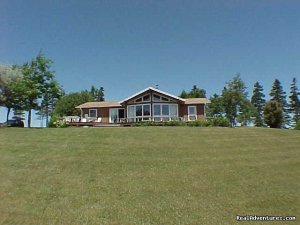 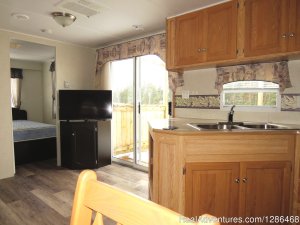 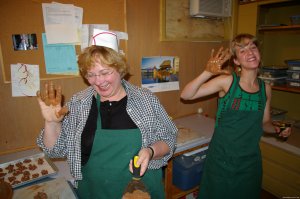 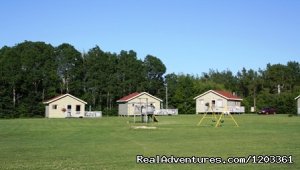 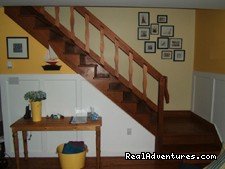 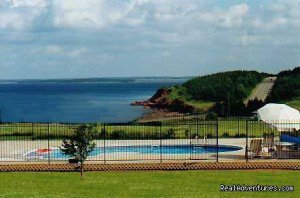 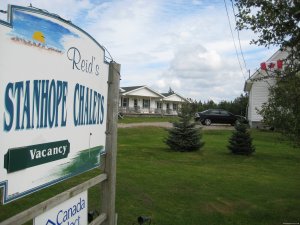 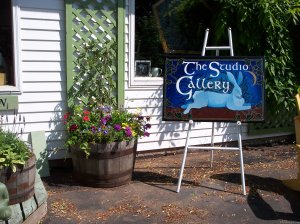