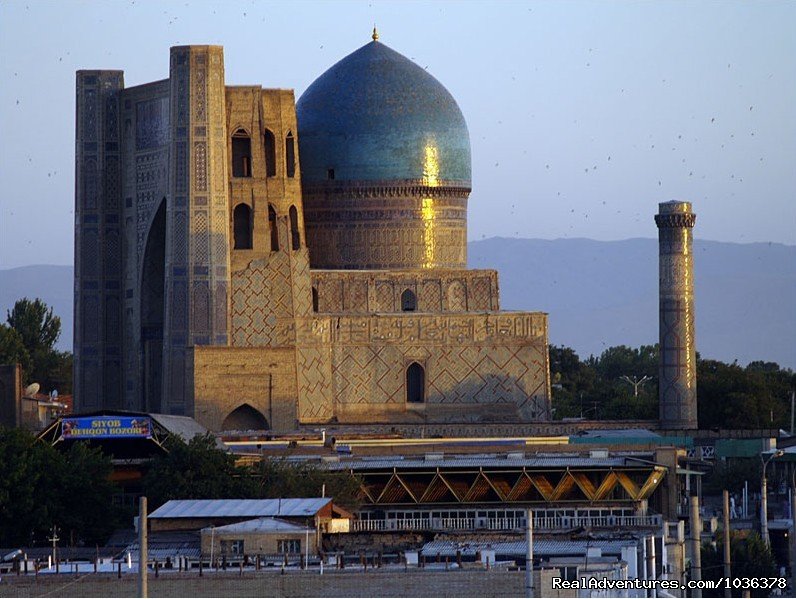 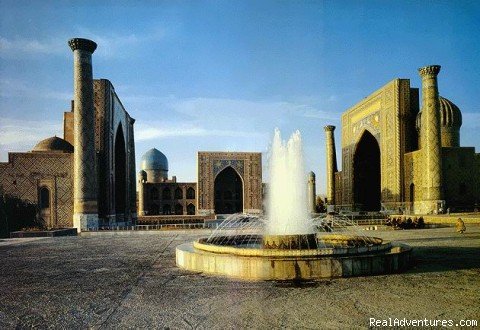 Day 1. Arrival in Tashkent, meeting with local guide. Transfer and accommodation at the hotel.
Overnight at the hotel.

Day 2. Departure in the direction of Samarkand via the "Steppe of Hunger", largely irrigated by the Syrdarya river, and where cotton is cultivated, "White Gold of Uzbekistan". Upon arrival transfer and accommodation at the hotel. Excursion to the mausoleum Gur-i-Amir, with a beautiful ribbed dome decorated with papier-maché inside. Visit the ruins of the Ulugbek observatory, the first observatory in the Orient, where an enormous sextant allowed contemplating the stars. Overnight at the hotel.

Day 3. Discover the Samarkand, the pearl of the Orient, which evokes a magical name, an invitation to Asia as it in a dream: the famous Registan square with Ulugbek and Sher-Dor madrasas and mosque Tillya Kori. Visit Bibi Khanum mosque, the biggest mosque of its time in all of the Central Asia, and stroll through the picturesque bazaar Siab, the most colorful and busiest place in the city.
Following the visits the necropolis Shakh-i-Zinda, a real pearl of the architecture of XIV-XV of Samarkand, where you can find unique processes of all artistic decoration of Islamic buildings. Overnight at the hotel.

Day 4. Departure in the direction of Bukhara via the village of Mitan, and then arrival and warm welcome by local people. First acquaintance of the village and village families. Lunch with the traditional dish of Uzbekistan, plov.
In the afternoon walk around the village with the local population. Discover the cultivation of cotton / silk of the area (seasonal). Continue drive to Bukhara, arrival, transfer and accommodation at the hotel.

Day 5. Discover the old city of Bukhara, the most mysterious of caravan cities with narrow streets and monuments which will fascinate the visitors. Full day tour of the old city of Bukhara: Poi Kalyan square, which includes the twelfth century mosque and the minaret Kalon, then visit to the madrasah Ulugbek and Abdulaziz Khan, ancient trade domes and mosque Magok-i-Attari, former Zoroastrian temple. Following visits to the square Lyabi Hauz with its madrasa and caravan-saray named after Nodir Devon Begi, the mausoleum of the Samanids, one of the oldest monuments of architecture of the ninth and tenth centuries in Central Asia, the mausoleum Tchashma Ayyub, or the "Source of Job," then visit to the citadel Ark, former residence of the emirs of Bukhara and Bolo-Hauz Mosque with its twenty pillars. Overnight at hotel.


Day 6. Drive to Khiva via red sands of the desert Kizil Kum. On the road the discover of the river Amudarya. True oasis in the desert that crosses also the steppe Arrid with its flocks of astrakhan sheep.
Picnic lunch in a traditional Uzbek chaikhana. In the afternoon drive to Khiva. Late arrival. Transfer and accommodation at the hotel.


Day 7. Morning devoted to the discovery of the intramural city of Khiva, or Ichan-Kala, a real treasure of architecture that seems came out of the Oriental tales "Thousand and One Nights": the Muhammad Amin Khan madrasah and minaret Kalta, the fortress Kunia Ark which includes the Juma Mosque, the Throne Room and the Chancellery.
Continuation of the tour with the Islam Khodja madrassah which has the tallest minaret in the city, Tach Khaouli, or "Palace of Stone" and its Harem, the Friday Mosque with 218 wooden carved columns, the mausoleum Pakhlavon Makhmud the most remarkable architectural monument. In the evening farewell dinner in the courtyard of the madrasa Allakouli Khan accompanied by a concert of folk music.
Overnight at hotel.

Day 8. Early in the morning transfer to the airport of Urgench and then flight to Tashkent. Arrival, transfer to the hotel.
Discover the old city of Tashkent with the square Khast-i-Imam, the architectural ensemble that includes Barak Khan madrasa, the mausoleum Kaffal Shash and the Friday Mosque with the ancient Koran of the VII c. then the market Tchorsou, the largest bazaar in Uzbekistan.
Visit of the Museum of Applied Arts, the former palace of the Russian diplomat Alexander Polovtsev, the Independence Square, the Theater of Opera and Ballet named after Alisher Navoi. 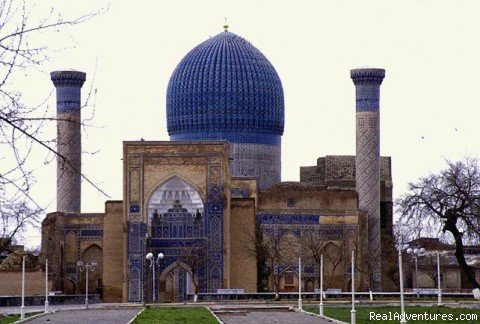 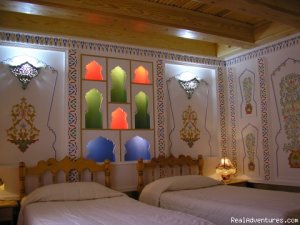 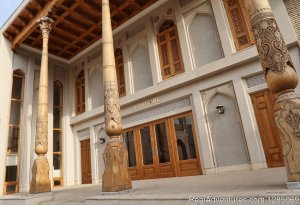 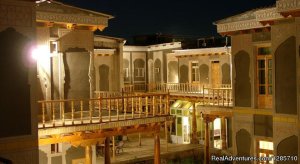 Bed & Breakfasts Samarkand, Uzbekistan - 8.0 mi away
From USD $42 per Person 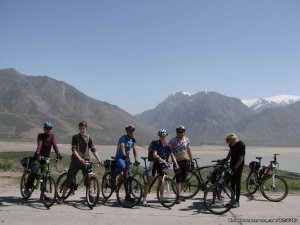 on Tamerlane's empire on a bike 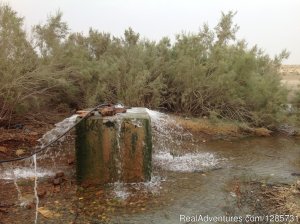 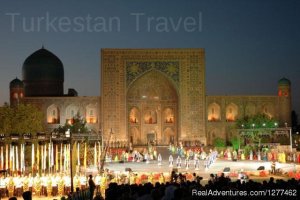 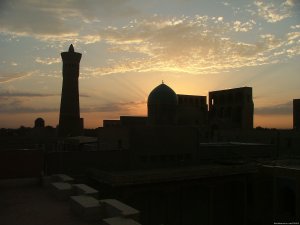 The Mysteries of the Great Silk Road

Sight-Seeing Tours Samarkand, Uzbekistan - 6.9 mi away
From USD $595 per Trip

Sight-Seeing Tours Uzbekistan, Uzbekistan - 181.3 mi away
From USD $120 per Trip 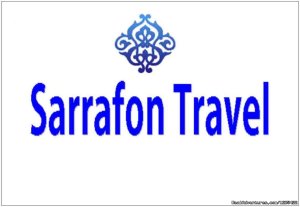 Welcome to Uzbekistan with Sarrafon Travel

Sight-Seeing Tours Bukhara, Uzbekistan - 141.8 mi away
From USD $15 per Night 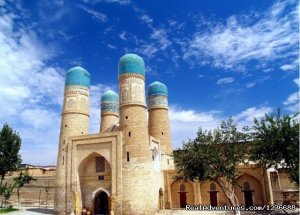