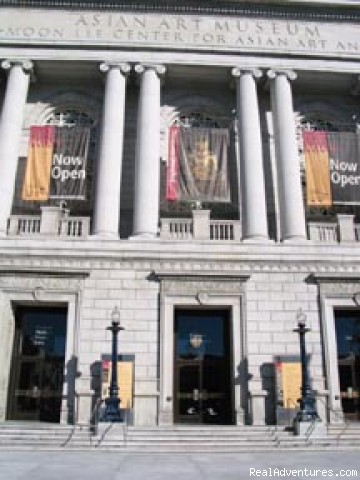 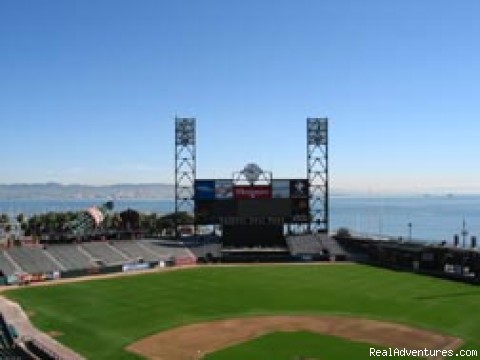 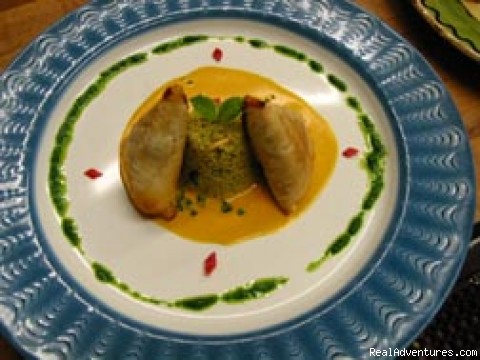 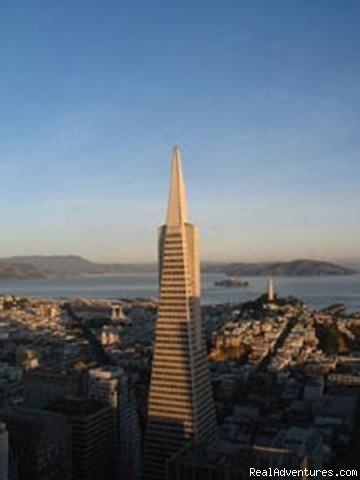 Starting at:
USD $100 per night
Sound like the place for you?Book Now
San Francisco is a city of many attractions. There is also a new Asian Art Museum and behind the scenes tours are now being offered at Pacific Bell Park baseball stadium where the San Francisco Giants play.
What's new in San Francisco

New attractions in the city with the Golden Gate Bridge


It has been three years since I was in San Francisco and there were so many new and exciting things to do and places to visit that I wanted to tell Realadventures all about them.

The newest attraction which is a must see in San Francisco is the Asian Art Museum which opened in March. It is located in its new home at the City's Civic Center. The museum's core is a permanent collection of more than 13,000 objects, spanning 6,000 years of history and representing the countries and cultures throughout Asia.

The museum's new site was created through the rehabilitation and adaptive reuse of the city's former Main Library, a 1917 Beaux Arts-style building recognized as one of San Francisco's most important historic structures.

Stepping back in time and across the continent of Asia, the museum contains three floors of treasures that you will enjoy viewing. Be sure to allow at least three hours to go through this massive collection of items. You'll see a decorated box of the Maharaja from the 15th century from Pakistan, an Elephant Throne from India, a crowned Buddha and throne from Burma and more at the new Asian Art Museum.

If you like baseball, a visit to the new Pacific Bell Park is a must. The old Candlestick Park where the San Francisco Giants previously played is now used for concerts and other activities. Pacific Bell Park opened in 2000 and the ball park now has a tour program.

What fun! During the nearly two hour adventure through San Francisco's waterfront landmark and home of the 2002 National League Champion Giants, I along with a small group of tourists, got to learn how the unique ballpark was built and also was able to see many of the facilities in the ballpark that only the players and staff get to see.

The tour started with a short film which told the history of the Giants franchise. Then we were able to go inside the big league clubhouse, sit in the visitors dugout, step on the field and visit the player's locker room.
We also were escorted into one of the sky boxes where big corporations watch the game in style.

The tour is for all ages and quite fascinating. The tour guide was so knowledgeable. There wasn't a question about baseball he couldn't answer. Pacific Bell Park is a beautiful baseball stadium and easy to reach. I took the subway and the train stop is right in front of the baseball park.

The San Francisco Ferry Building has reopened with a dramatic renovation . The ground floor is designed to become a gourmet market and arcade comprised of 47 shops featuring many of the Bay's artisan food producers as well as restaurants and cafes. Spend the afternoon looking at the various products and craft items then stop and have a lunch. There are things here that you simply won't find anywhere else.

I also enjoying trying new restaurants. I've really never had a bad meal in San Francisco, but I like to search out new places and this trip I found a wonderful and modestly priced restaurant. It's called Aziza and the chef is Mourad Lahlou, a native of Marrakech. Lahlou's Morrocan cuisine is top notch. A self-taught chef, Lahlou creates beautifully plated dishes with the heart of homestyle food. Organic and locally produced ingredients are prominently featured on a thirty-dish menu that contains Lahlou's unique creations and modern versions of Morrocan classics.

I tried the Chef's five course tasting menu ($39 per person) which encompassed the entire range of the menu. My tasting meal began with an organic green lentil soup with a lemony tomato base, which was a shear delight. Then the chef brought out new star spinach and feta fingers, a bastilla of baked phyllo dough pie filled with saffron braised chicken and spiced almonds, draped in powder sugar and cinnamon. They were savory and sensational. For my main course, I chosen the steam saffron scented coucous with stewed lamb, a specialty of the house, which was equally tasty.

The restaurant opened in 2001 and is worth a visit. On weekends the restaurant also has a belly dancer performing. I was there on a Monday evening so I didn't get to see the show, but the food was more than enough of a reason to seek out Aziza.

Not new, but tried and true is the Charles Nob Hill restaurant on Jones Street. This elegant 10-table gourmet restaurant is expensive but still remains one of my favorite places to dine in San Francisco. At the top of the hill on Jones Street, this small elegant eatery serves nothing but the best in style. The chef always gives you little extra dishes with his compliments and when you leave you get a little black box filled with truffles. Need I say more?

Campton Place Hotel is another elegant place to dine. With roomy and comfy booths and tables spread out with plenty of privacy, this place is great for a power lunch. I ordered lobster salad but the presentation was almost too beautiful to eat, but I succumbed and devoured the entire presentation.

If you are planning to stay in San Francisco and have never been there before, I highly recommend the Mandarian Oriental. My view of the city from the 47th floor was spectacular. The service was also outstanding. Mandarian Oriental Hotels, wherever they are located, always deliver a first class experience. There are a bit on the pricey side, so they are not for everyone.

More moderately priced is the Kensington Park Hotel, just steps from Union Square and all the fine department stores. Macy's and Saks Fifth Avenue are walking distance from the hotel. The staff is friendly and the rooms are adequate. The hotel is not air-conditioned, but you seldom require air conditioning in San Francisco. I enjoyed my stay at the Kensington. I especially liked that I could use a computer for free anytime I wanted. Many hotels these days charge for that service.