Canada has an interprovincial cycling trail that is located in the heart of the Upper Saint John River Valley. The " Petit Temis Interprovincial Linear Park" links Riviere-du- Loup (Quebec) and Edmunston (New Brunswick), and the 125 km. gravel trail takes the cyclist near several picturesque settlements located along the old railway line.

I recently had the opportunity to visit these two provinces and ride this magnificent trail, which is situated in an area of gently sloping hills and long valleys. Quebec Tourism helped me in this endeavor by providing me with accommodations in Cabano, a beautiful town located just off the Trans Canada Highway and on the shore of Lake Temiscouata. Cabano is right at the centre of the "Petit Temis Trail", and its former railway station became my base/residence. The "Auberge de la Gare" has been converted into an inn, with five rooms; in addition to providing lodging, it also offers meals and tourist information; many cyclists stop here for breakfast before beginning a day's ride. It so happened that proprietor Richard Belzile was bilingual, so he was a great help to me in providing information about the route.

The trail may be completed in either direction, but it is not level. The highest elevation is found near Saint-Honore (almost 400 metres), so the cyclist will face a long, steady (but relatively "gentle") climb to this point. If you prefer to get this tougher section over with early, then I would recommend beginning your ride at Riviere-du-Loup. The trailhead can be found by taking #185 south of the city and following the signs to the access point at Saint-Antonin (as the route has not yet been completed through Riviere- du-Loup itself). You will then climb for about 37 km. to Saint-Honore and descend (for about 25 km.) into Cabano. The remainder of the trail (63 km.) is relatively level all the way to the New Brunswick border and to the southern terminus at Edmunston. As you arrive at Edmunston, you will find that a section of the rail line is still in place, so that the trail runs parallel to it (and has a very nice descent into the town!). You will also find a little section of paved trail as you end your ride. The Edmunston trailhead is located off Victoria St., near the marina and park.

The trail takes its name from its central feature, 40 km. long Lake Temiscouata. The Temiscouata Railway was popularly known as "Petit Temis". The history of the Temiscouata is presented in the "Musee du Temiscouata", in the village of Notre-Dame- du-Lac.

The most scenic section of the ride is along Lake Temiscouata, from Cabano to Degalis. You will pass several beaches, particularly in the Notre-Dame-du-Lac area. Another nice section of the route is in the Saint-Jacques area, cycling along the Madawaska River and by the New Brunswick Botanical Garden (stop and take a look at the beautiful floral displays here, with over 80,000 plants!). Yet another interesting ride (at Saint-Louis-du- Ha!-Ha!) takes the cyclist right through a golf course! The trail is a birdwatcher's paradise, and also expect to see a lot of chipmunks as you cycle along. Other wildlife viewed could include rabbits, deer, and moose.

The trail would make a very nice two day ride, using Cabano as a stop along the route. If you plan to do a section of the trail as a loop, then you could ride the actual trail in one direction - and the nearby Trans Canada Highway in the other (the road has a wide paved shoulder; however, it also has lots of traffic - and challenging hills!); the cyclist is never very far from the Trans Canada Highway, as the trail crosses it several times (by way of tunnels under the highway itself). It's also possible to get transported to/from Edmunston and then cycle one way; for example, "le Cantonier" offers a transport all the way to the other end of the trail for $22.00 (contact le Cantonier at 116 rue Victoria, Edmunston, New Brunswick; phone 506-735-7173). Since I was using Cabano as my base, I eventually rode the entire length of the trail - in both directions!

The surface of the trail is a very hard packed gravel, which makes it accessible to all bicycles (not just for fat tire enthusiasts). I rode a section of the trail the morning after a rain, and the trail was still in excellent shape and an easy ride (not turned to mud!). The route is well signed (you will not get lost, and you will be kept informed about distances). Several "water stations" are found, offering cold well water (so that it's unnecessary to carry all your water). Many bike racks and picnic tables are located along the trail (and some of these rest stops even have access to beaches!) There are also several parking lots (for motor vehicles) at access points. Pedestrians and cyclists are found in abundance, but there are no motor vehicles allowed on this recreational trail (however, snowmobilers do use this route during the winter). Bikes may be rented at towns along the route.

The "Petit Temis Interprovincial Linear Park" is one of the sections of the Trans Canada Trail network that has been completed. It's also a demonstration of how two provinces can work together on a common goal. A commemorative archway indicates where the trail actually links the two provinces of Quebec and New Brunswick. 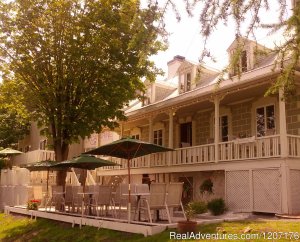 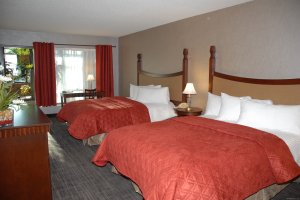 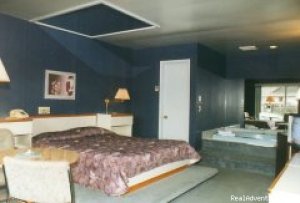 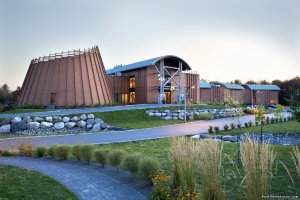 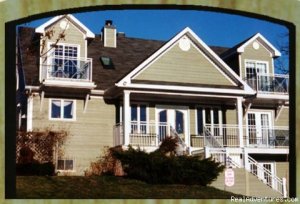 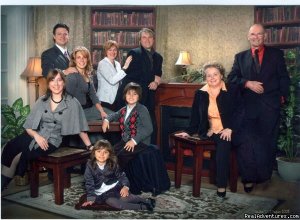 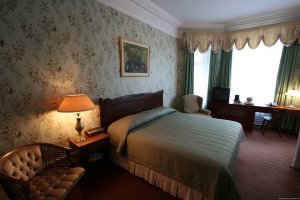 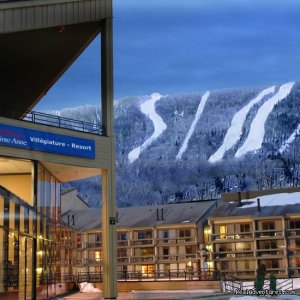 SKI IN / SKI OUT Château Mont-Sainte-Anne 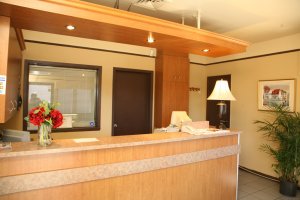 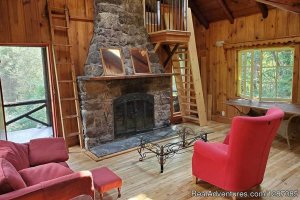 Cozy Cottage in the Laurentians 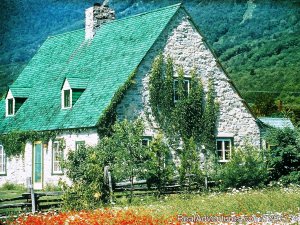 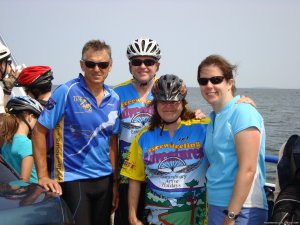 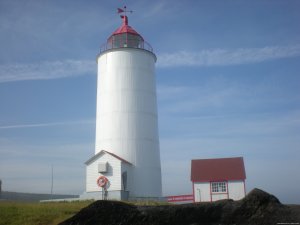 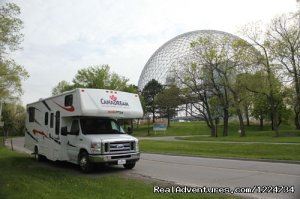 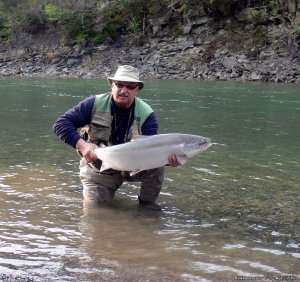 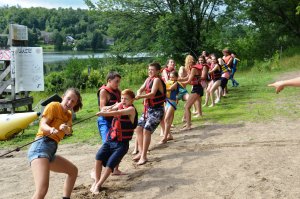 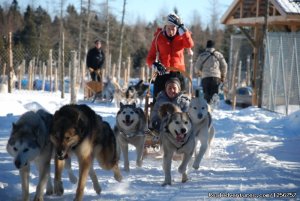 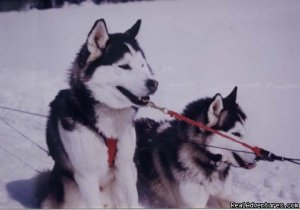