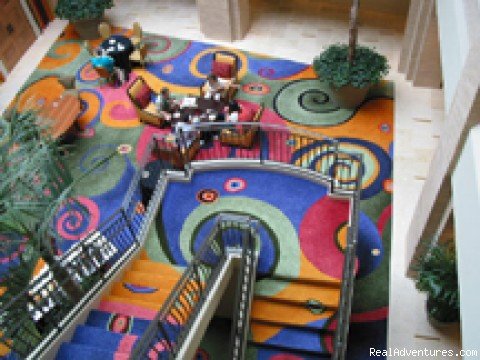 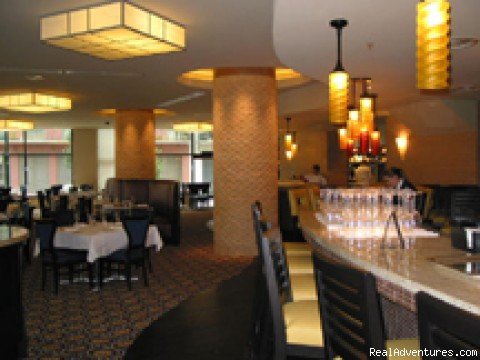 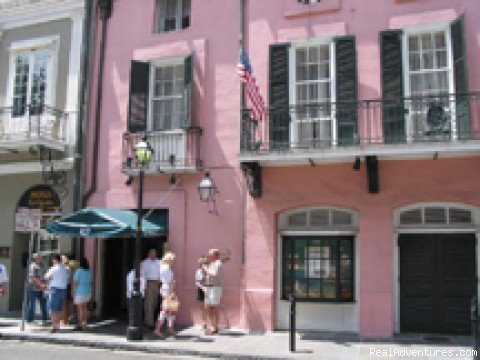 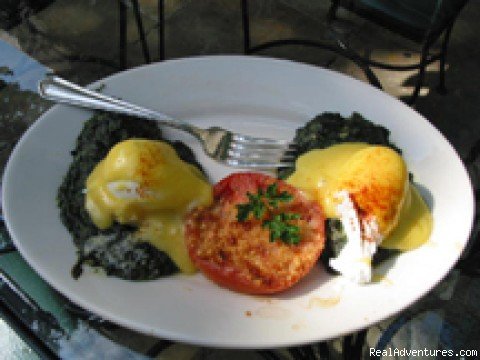 
When the city of New Orleans is mentioned, what thoughts come to mind? Jazz or The French quarter? Creole or Cajun cuisine? Cast iron fences or maybe above ground cemeteries? Yes, New Orleans has all is of that, but did you know that New Orleans is gaining a reputation as a center for the visual arts?

First, on August 18, 2003 the Renaissance Arts Hotel opened in the heart of the New Orleans historic Warehouse/Arts District. I visited this amazing 217-room hotel during its first week of operation.

As I entered the marble lobby foyer, three colorful, fun-filled hand blown glass, chandeliers immediately caught my eye. These orange, yellow, and blue chandeliers were created by world-renowned glass sculptor, Dale Chihuly. And, looking straight ahead past the chandeliers against a blue tiled wall, are five oversized ginger flowers whose brass petals first fill with water and then spill the water into a pool below. This interesting creation is the work of New Orleans sculptor, Lin Emery.

Also on the ground floor of the hotel is a 2,000 square foot art gallery of sculptures and paintings, all abstract impressions. The first exhibition includes works by the late New Orleans sculptor, Ida Kohlmeyer. The exhibitions will rotate every two months.

There is also a sculpture garden on the second floor of the hotel in an atrium with skylights. It was here that I spoke with Arthur Roger, whose Arthur Roger Gallery is considered one of the finest contemporary art galleries in New Orleans. Rogers told me that that ten years ago people would have made fun of a contemporary art hotel. He said that people are more open now, and that art is something people want in their lives.Roger commissioned works from several fine artists to complete the décor of the hotel.

The carpeting throughout the hotel is brilliant with all shades of blue, gold, red, and green fantastically displayed in all shapes and designs.

The hotel's La Cote Brasserie is a hot new seafood restaurant featuring the talents of acclaimed chef, Richard;Bingo Starr, formerly the executive chef at Cuvee in New Orleans. My dinner at the Brasserie was wonderful. The seafood offerings by Chef Starr are exceptional. The Yellowfin Tuna Carpaccio with Caponata relish was superb.

What also makes the hotel so exceptional is that it is within walking distance of the French Quarter, only seven blocks, and about four blocks from Harrah's casino.

Harrah's is the only land-based casino in Louisiana. The casino is huge. And even if you don't care to play the games of chance, Harrah's offers an outstanding buffet for $13.13 until 4 p.m. and $21.95 after 4 p.m.

In addition to being present for the opening of the Renaissance Arts Hotel, a few days later on August 23, 2003, I witnessed the opening of the magnificent Ogden Museum of Southern Art, University of New Orleans. This is a five-story 67,000 square foot modern structure also located in the New Orleans historic Warehouse/Arts District. At the opening ceremonies, many of the artists whose works appeared in the inaugural exhibition were on hand to be recognized and also to be available to visitors to explain and answer questions about their art on exhibit. It was delightful to be able to discuss the wonderful works of art with the artists themselves.

The Ogden Museum of Southern Art is the first museum in Louisiana to be affiliated with the Smithsonian Institution. Here you will find the largest and most comprehensive assemblage of Southern art in the world. The core of the museum's collection are 1,200 works from New Orleans businessman and philanthropist Roger H. Ogden's nationally-respected private collection made available to the University of New Orleans Foundation in 1994. Since Mr. Ogden's original donation, the museum's collection has more than doubled to over 2,750 works including Southern art from 15 Southern states and the District of Columbia.

The Ogden Museum certainly enhances the growing national recognition of Southern art. It tells the story of the South; its past, present, and into the future. I especially enjoyed watching an excellent video in a theater at the museum. The video explained how Southern art reflects the culture of the South from small town community life to the traditions of big cities. How Southern art is about history and memory, not concentrating on possessions, but rather on whom Southerners are. From family reunions to football games, from hard times, accepting change, sometimes slowly, to celebration and spirit.

The inaugural exhibition does all of that. It takes visitors on a visual journey through time in the South, tracing the history of the agrarian South through World War I, the Great Depression, the Jazz Age, the Civil Rights era, and into contemporary works.

Southern art is unique. It is interesting. It is memorable. For example, I particularly liked one sculpture at the museum that was done by New Orleans native, Willie Birch. It is entitled: Going Home. The sculpture depicts an African American family that migrated north and now, with bags packed, is going back home to the South.

And, art abounds throughout New Orleans. The luxurious Windsor Court Hotel, an Orient-Express Hotel, just a few blocks from the French Quarter, has one of the most outstanding assemblies of British art outside of a museum. The collection has been valued at eight million dollars, and murals valued at one and one-quarter million dollars are now being completed in the hotel's Grill Room.

There are several wonderful paintings in the lobby of the hotel, such as Charles II's Last Sunday by artist W. P. Frith, and Portrait of the Prince of Wales and His Sister by artist Nicolas de Largilliere.

Although I wasn't staying at the hotel, I enjoyed having a cocktail in Le Salon just off the lobby where I listened to live jazz and could view the many paintings including Queen Victoria on Horseback by artist Thomas Thornycroft.

Just a couple of blocks from the Windsor Court Hotel and Harrah's casino is an outstanding exhibit that I would recommend as a must see while in New Orleans. It's not an art exhibit, but it is beautiful, interesting, educational, and lots of fun for the entire family. It's the Audubon Aquarium of the Americas.

The aquarium begins on the first floor of this modern building where you walk through the Caribbean Tunnel. In this tunnel, hundreds of multi-colored exotic Caribbean fish are not only swimming on both sides of you, but also overhead. After visiting the colorful fish of the Caribbean Reef, you continue to the second floor and through the Amazon Rain Forest where brilliantly colored Macaws are on perches overhead. This lush recreation of a tropical rainforest is the habitat for Piranha and other amazon fish.

The walking tour then takes you through a penguin exhibit of two species of swimming penguins, a touch-pool where you can pet a baby shark, a collection of electric eels, a unique seahorse exhibit, an exhibit of frisky swimming sea otters, and an eye-level view of Louisiana's native white alligator as you stroll among moss covered cypress trees.

The tour concludes on the first floor with one of the largest collections of jellyfish in the country, and a shark tank where big sharks are on the prowl in the Gulf of Mexico exhibit.

If you will be in New Orleans for just a few days, I would also recommend the two-hour Super City Bus Tour offered by Gray Line Tours for $24.00. I thoroughly enjoyed the bus tour. It gave me an appreciation of the entire city and an opportunity to see parts of the city that most visitors would not see.

The bus tour begins in the French Quarter. The tour guide points out the landmarks and architecture that made New Orleans famous. The bus stops for a walking tour of the St. Louis Cemetery N0. 3 where the above ground burial system is explained. The tour continues to and through the immense 1,500 acre City Park where the New Orleans Museum of Art is located and on to the beautiful homes in the suburbs and to Lake Pontchartrain. The campuses of Tulane University and Loyola University are also on the tour as well as the exclusive Garden District.


There are many fine restaurants in New Orleans, but I especially enjoyed Brennan's Restaurant at 417 Royal Street. Where else, but in New Orleans can a restaurant be famous for breakfast? Breakfast at Brennan's is world famous. My selection at breakfast at Brennan's was Eggs Sardo, a tasty creation of pouched eggs, spinach and hollandaise sauce. And to top off the sumptuous cuisine, one of the waiters, Kevin Rouchell , an accomplished opera singer, sang two enchanting arias for a magnificent finale to my breakfast and my visit to New Orleans.


For more information about New Orleans, call the New Orleans Metropolitan Convention and Visitors Bureau at 800-672-6124 or log on to their website at www.neworleanscvb.com. 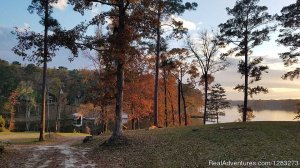 Get The Best Sleep At Hidden Treasure RV Resort 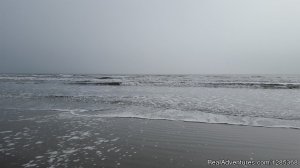 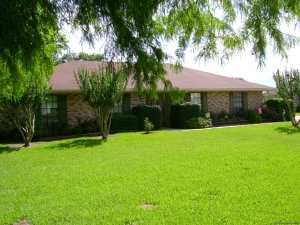 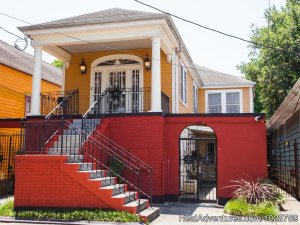 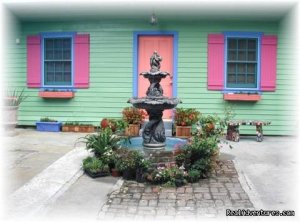 Simply the Best Place to Stay in New Orleans 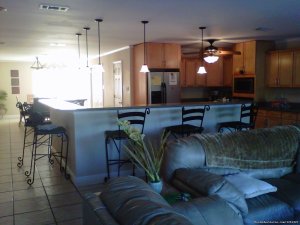 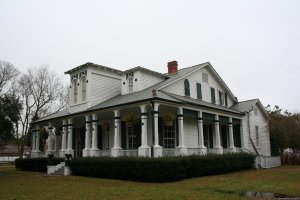 Best Western Of Alexandria Inn And Suites And Conf 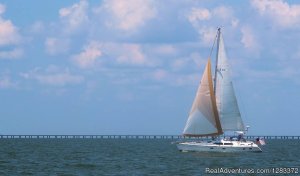 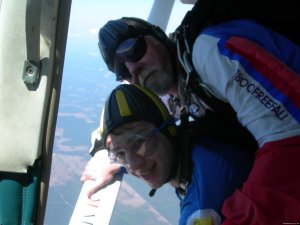 Skydiving in Louisiana with Skydive Nawlins 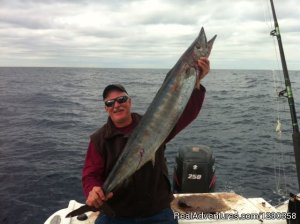 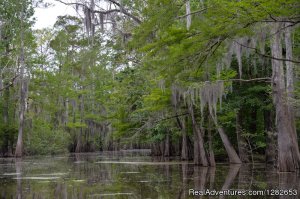 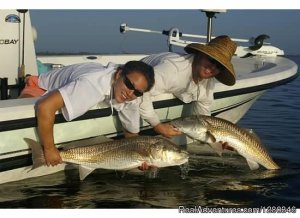 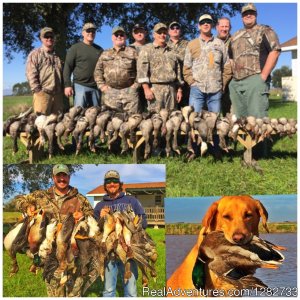 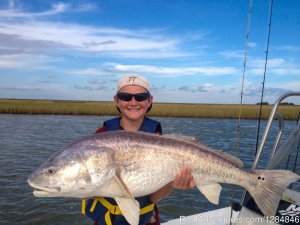 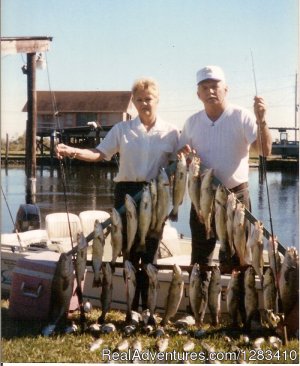 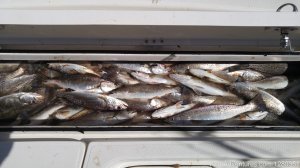 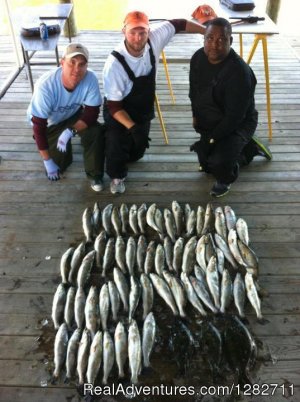 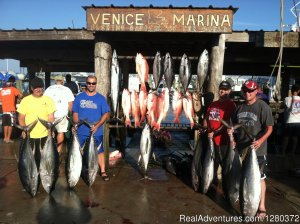 We are more than just a 'little crazy' about Tuna