A Change of Pace in Sunny Central Florida 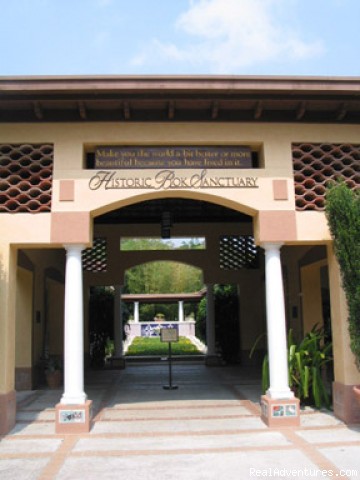 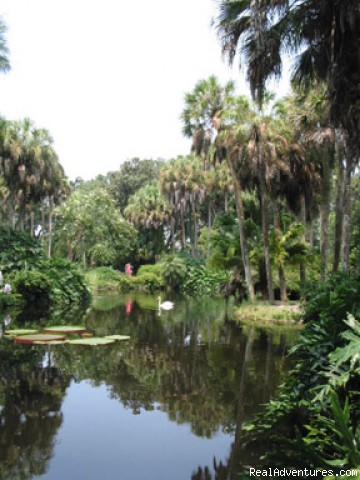 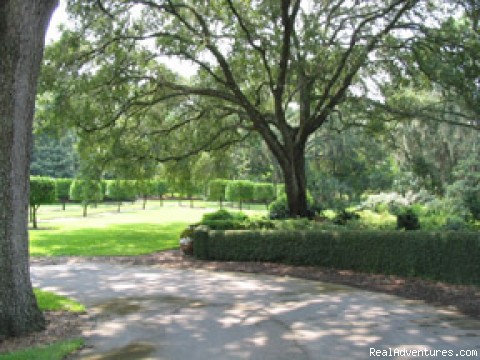 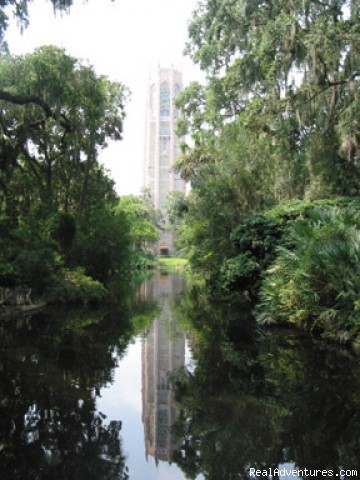 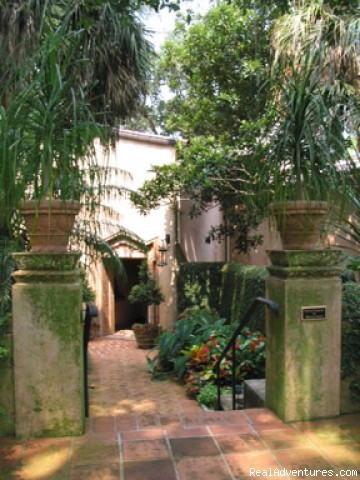 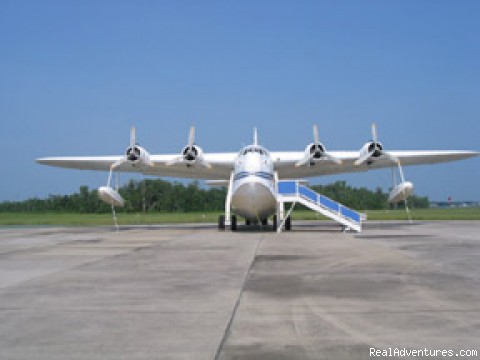 Short Sunderland Aircraft at Fantasy of (#6/9) 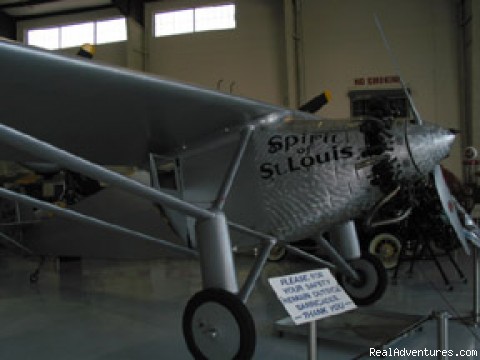 A Change of Pace in Sunny Central Florida (#7/9) 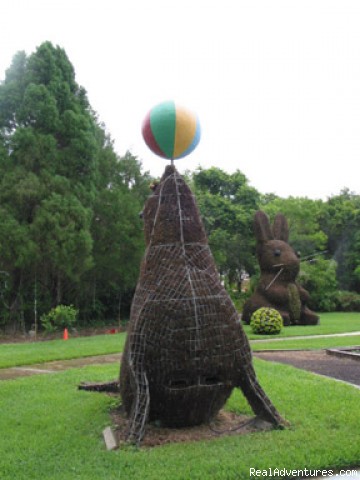 A Change of Pace in Sunny Central Florida (#8/9) 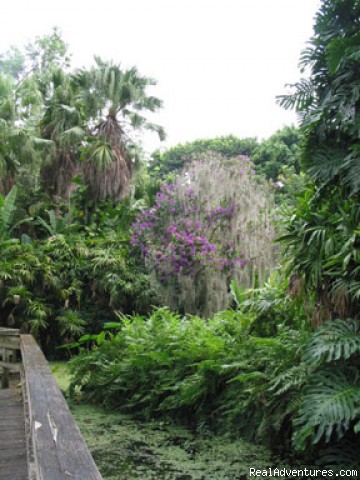 A Change of Pace in Sunny Central Florida (#9/9)

Previous
Next
A Change of Pace in Sunny Central Florida Bartow, Florida, Florida

Starting at:
USD $79 per night
Sound like the place for you?Book Now
In Central Florida, you can enjoy nature and a variety of attractions in an atmosphere of peace and tranquility. There is lots to see and do, but in a more relaxed ambience than many others regions in the Sunshine state.
.
Wonderful Attractions in Central Florida


All Within an Hour's Drive of Walt Disney World Resort


Most of us think of central Florida as an agricultural area having miles and miles of orange groves often extending as far as the eye can see. It also is known for its world class theme parks and the incomparable Walt Disney World Resort (Disneyworld).

One special Central Florida place is Historic Bok Sanctuary where time seems to stand still and a sense of peace and tranquility prevail. This picturesque sanctuary is situated on 250 acres of land and is located 45 miles southwest of Disneyworld near the city of Lake Wales.

The founder of this sanctuary was Edward Bok, who came to America from the Netherlands at the age of six. Through determination and hard work he became a successful publisher and Pulitzer Prize winning author. He always wanted to improve the welfare and happiness of mankind. He was an advocate of world peace.

Bok was awed by the tranquility of this area in central Florida. He wanted to create a special place that would “touch the soul with its beauty and quiet”. He also believed it would be a perfect setting for a bird sanctuary.

Bok purchased lots that would otherwise be used for residential sites. He commissioned the most renowned landscape architects to create a sweeping landscape of lush gardens with a Singing Tower with a carillon. In 1929, Bok presented this extraordinary gift for the American people to visit as an enduring token of his appreciation for the opportunities that he had been given.

I had seen pictures of the Bok Tower, but I knew little about it or the Bok Sanctuary. But the moment I set foot on these grounds, I realized that this is a place soothing to both the mind and the senses.

The grounds, a National Historic Landmark, include landscaped gardens, native plant habitats, and a wildlife population that includes 126 different species of wild birds.

The historic landscape garden is a maze of paths that took me past blooms of azaleas, camellias, and magnolias. They took me to tranquil areas where I saw many species of birds up close. I stood next to squirrels and other wildlife all living and playing in harmony with each other and with the picturesque surroundings. In the background there are varieties of ferns, palms, oaks, and pines. I strolled through one of America's few remaining longleaf-pine forests.

Bok remembered the music of the carillons from his childhood in Holland. So, he created the Singing Tower and world-class carillon. The carillon has 60 bells ranging in weight from 16 pounds to nearly 12 tons. Recorded carillon music fills the Sanctuary every 30 minutes, and live recitals are usually performed each day at 3 p.m. The 205-foot neo-Gothic and art deco carillon tower was built using coquina stone and pink and gray marble. The tower is surrounded by a 15-foot wide moat where colorful fish and lovely white swans swim.

I happened to stand in one spot where the tower could be seen in a reflecting pool. The view was like something you would only see in a child's storybook.

While you are on the grounds of this historic Sanctuary, you can also tour Pinewood Estate, a 20-room manor. It is an excellent example of Mediterranean Revival architecture.

Another interesting attraction in central Florida is “Fantasy of Flight, World's Greatest Aircraft Collection”. It is located in Polk City, about a 20 minutes drive west of Disneyworld.

As you enter the Fantasy of Flight building there is a restaurant on your right. It is the Compass Rose diner, typical of what airport restaurants were like in the 1930's. I had a great breakfast there (and my cup of coffee was served with the spoon in the cup).

The attraction begins by taking you back in time. It tells the story of aviation through the ages through a series of experiences.

The sounds of a plane flying surround you as you enter the fuselage of a C-47. You get the feeling of soaring though the clouds when you view the unusual “cloud chamber”. You then walk through an area depicting the trenches of WWI in France. Later you enter an English airbase where you become an imaginary member of an elite bomber squadron complete with briefing room and video. You then board a B-17 with all the sights and sounds as you are bombing enemy territory in WWII.

All of this puts you in the mood to then enter a hangar to view what is billed as the “World's Greatest Aircraft Collection” of vintage aircraft that was personally assembled by lifelong aviation historian and enthusiast Kermit Weeks, founder and creator of Fantasy of Flight. Weeks has flown each of the planes you see at Fantasy of Flight.

Some of the aircraft on the grounds include the following: the Ford Tri-Motor featured in he movie, “Indiana Jones and the Temple of Doom”; an accurate replica of the renowned Ryan “Spirit of St. Louis”; Japanese Zero; Corsair F4U; B-24 Liberator; B-26 Martin Marauder; P-51 Mustang; and the Short Sunderland, the last airworthy four-engine civilian flying boat in the world.

As you walk through this amazing display of vintage aircraft, you hear wonderful background music of the 30's and 40's -- songs like “Drinking Rum and Coca Cola” and “Don't Fence Me In”. I told one of the attendants that I could spend an entire day at Fantasy of Flight just listening to this nostalgic music.

There are also flight simulators that allow visitors to feel the sensation of piloting an F4U Corsair and other WWII aircraft in mid-air combat with enemy aircraft over the blue water of the South Pacific.

You can also go on Back Lot and Restoration tours through five bays to view additional pieces of this fabulous aircraft collection.

All of the aircraft here actually fly or will be restored to flying condition. Weather permitting, there are flight demonstrations using vintage aircraft.

Another outstanding attraction in central Florida that is a must-see, is the world-famous Cypress Gardens. It is located in the city of Winter Haven and less than an hour's drive from Disneyworld. This is Florida's first theme park. It has been revitalized and is now known as Cypress Gardens Adventure Park.

I took a hard-hat tour of the park that is nearing completion of its new additions and revitalization. It is expected to re-open in October 2004.

Cypress Gardens Adventure Park is fantastic. It blends its storied past with thrilling new adventures for a unique family experience. You can visit nature at its most glorious in the historic botanical gardens and famed butterfly arboretum. You can stroll along a boardwalk over a magnificent sea of vibrant flowers. Of course, the famous water-ski shows are back at center stage, and the graceful Southern Belles stroll the picturesque grounds. You can visit Snively Mansion and a turn-of-the-century working village.

New adventures include 37 exciting rides, including four roller coasters and the world's tallest spinning rapids ride. You can come face-to-face with native Florida animals and enjoy all-star concerts and a dazzling line-up of daily shows, including an ice skating extravaganza.

An upscale Best Western Admiral's Inn is located across the street from Cypress Gardens Adventure Park. Antonio's Restaurant on the second floor of the hotel is one of the area's best kept secrets. The locals are often seen dining there on special occasions. It has excellent Italian cuisine and a pianist that plays romantic dinner music. Every woman gets a gift of a rose to take home as a souveneir.

A notice to sports fans who might be traveling in central Florida during the month of March. The city of Lakeland, also located in Polk County, Florida as are all the attractions described above, is and has been for decades, the spring training camp for the Detroit Tigers American League baseball team.

Website: A Change of Pace in Sunny Central Florida