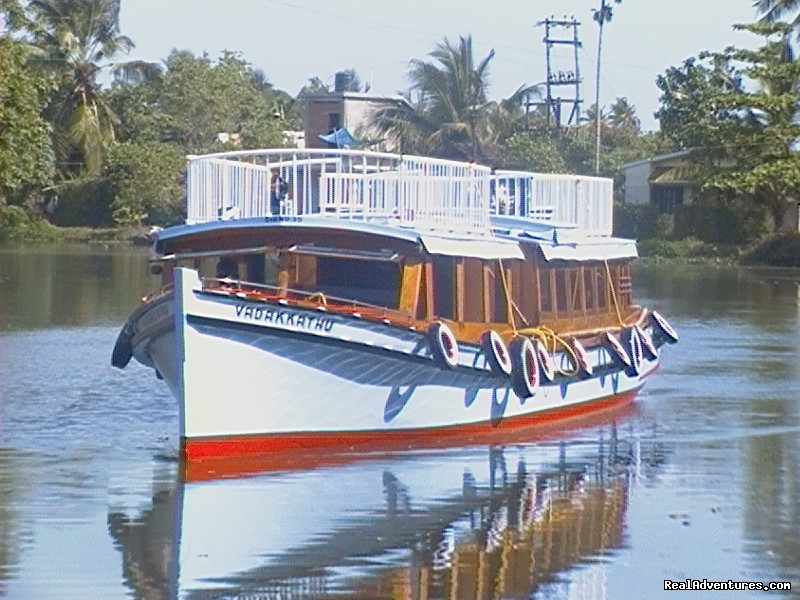 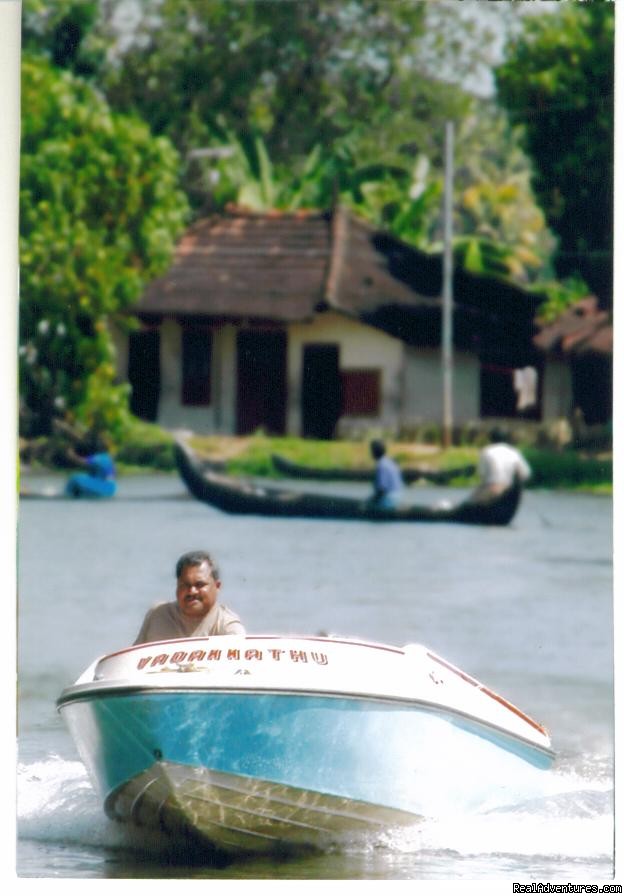 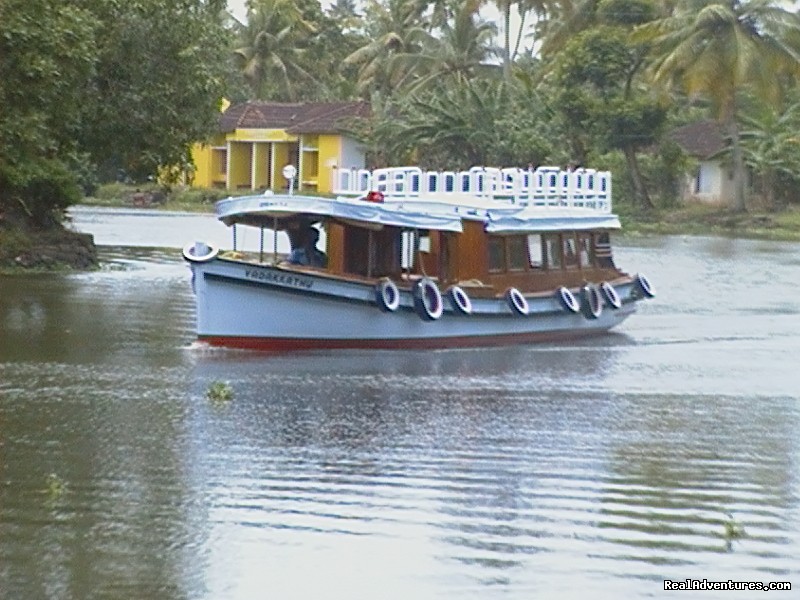 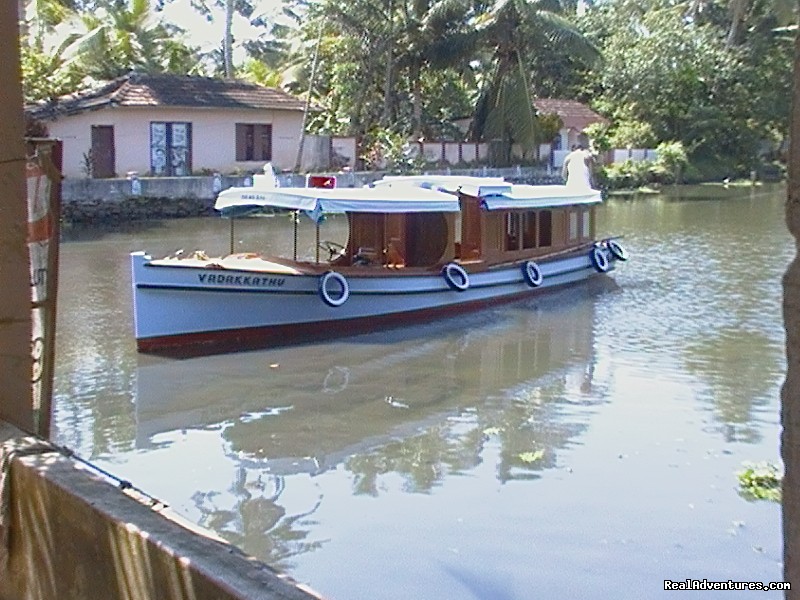 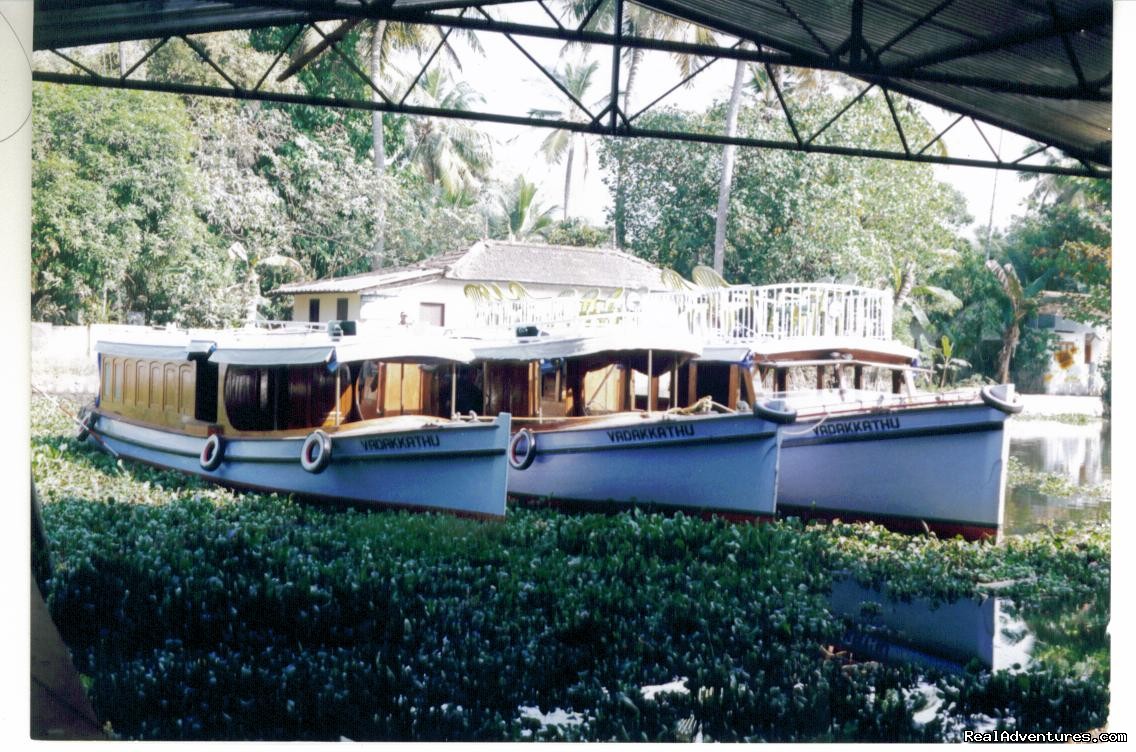 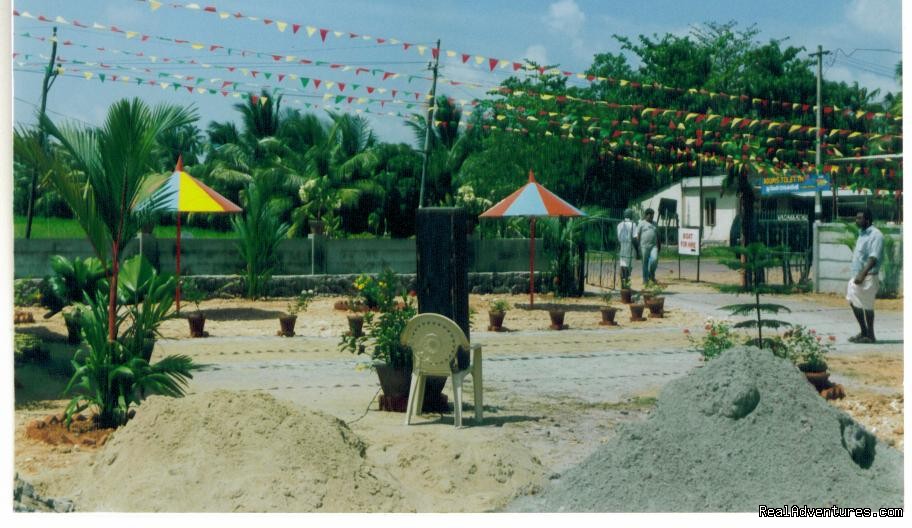 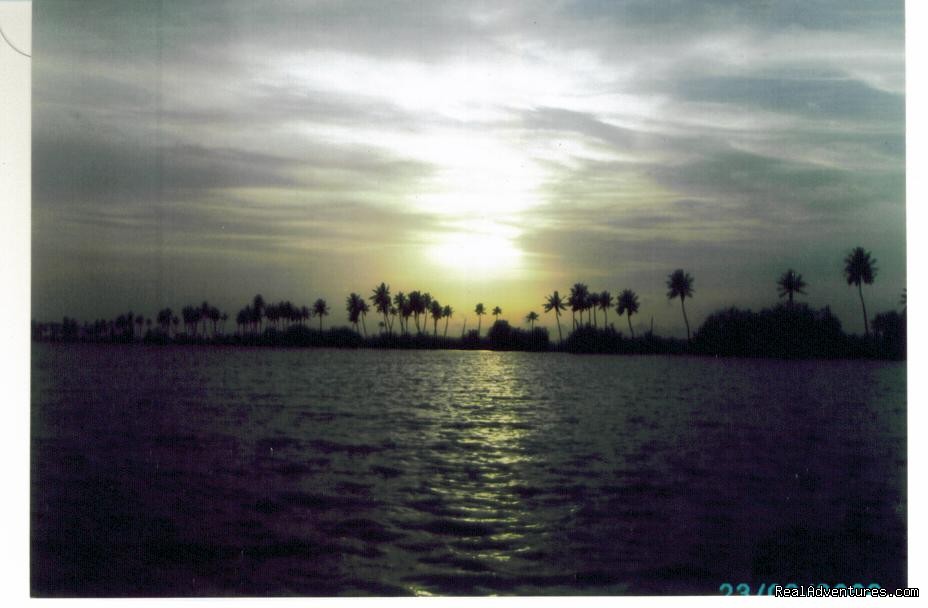 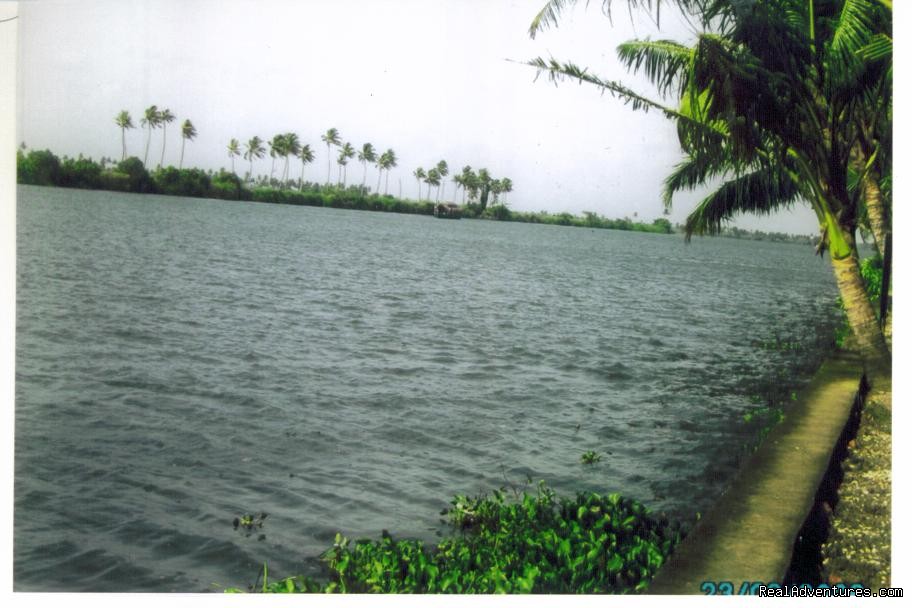 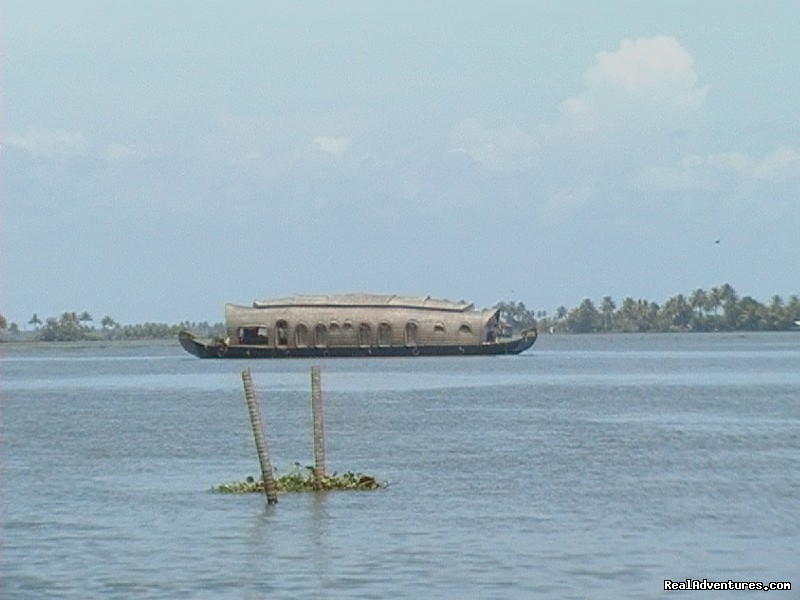 Starting at:
USD $150 per night
Sound like the place for you?Book Now
We have everything you could ever want for your dream holiday,comfort,rest,leisure and fun in an affordable package: We offer Motor boats, speed boats, house boats of your choice,All kinds of Back water trips, Pathiramanal Island,R Block, Vemban

Agriculture, fishing and tourism are the
major economic activities. The place has
expanses of mangrove forests, paddy fields
and coconut groves. This rich
agricultural environment is mainly
irrigated using interspersed waterways
and canals of the Meenachil river.
Kumarakom's perfectly balanced tropical
climate is conductive to cultivation.
Kumarakom has a wide variety of houseboats
with different cost. They are used only
for tourist. A separate boat known as
Kettuvellam is used by the people to
go fishing. Kumarakom is one of the
most beautiful villages in the world.

Kerala, situated on the lush and
tropical Malabar Coast, is one of
the most popular tourist destinations
in India. Named as one of the "ten
paradises of the world" and "50 places
of a lifetime" by the National
Geographic Traveler magazine, Kerala
is especially known for its ecotourism
initiatives.[139][140] Its unique
culture and traditions, coupled with
its varied demographics, has made
Kerala one of the most popular tourist
destinations in the world. Growing at
a rate of 13.31%, the state's tourism
industry is a major contributor to the
state's economy.[141] Until the early
1980s, Kerala was a relatively unknown
destination;[142] most tourist
circuits focused on North India.
Aggressive marketing campaigns
launched by the Kerala Tourism
Development Corporation, the government
agency that oversees tourism prospects
of the state, laid the foundation for
the growth of the tourism industry.
In the decades that followed, Kerala's
tourism industry was able to transform
the state into one of the niche holiday
destinations in India. The tagline
Kerala- God's Own Country has been
widely used in Kerala's tourism
promotions and soon became synonymous
with the state. In 2006, Kerala
attracted 8.5 million tourist arrivals,
an increase of 23.68% over the previous
year, making the state one of the
fastest-growing destinations in the
world.