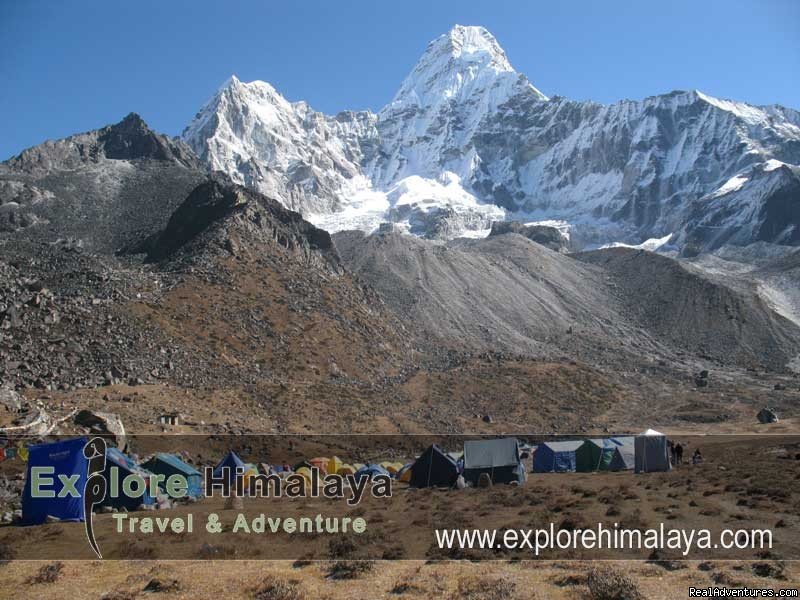 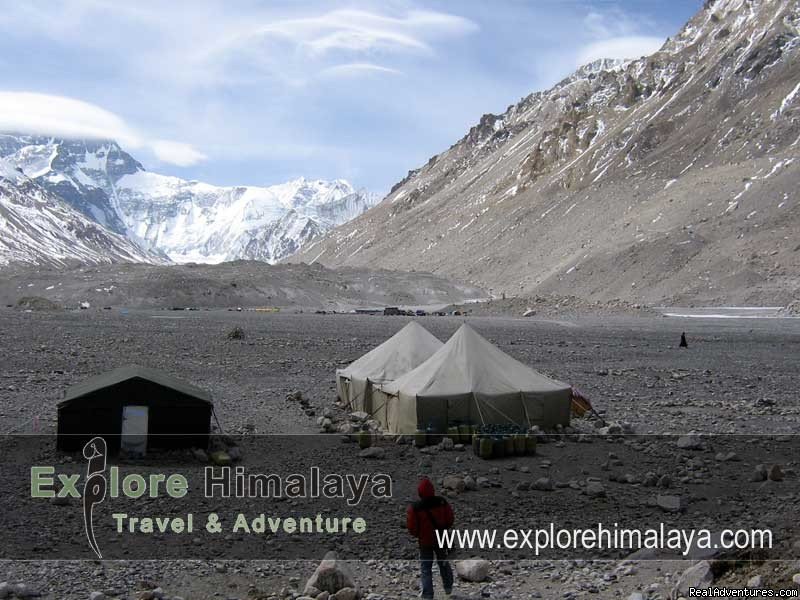 An expedition to Amadablam is technically demanding and has it all ice, rock, scrambling, killer views, great approach and the great base camp in a meadow with a stream. The expedition offers a superb, technical climbing experience in the heart of Khumbu region just above Thayanboche monastery on the way to Everest Base Camp. From the summit, out of six highest peaks in the world are clearly visible of five highest peaks Mt Lhotse, Mt. Lhotse Shar, Mt. Makalu, Mt. Cho Oyu, and Mt. Everest, and also close view of Nuptse, Baruntse and Pumari. Since its ascent in 1961 by an Anglo American / New Zealand team, it has been frequently climbed and by many different routes.

The conventional SW ridge route involves pure rock climbing. The last section to the summit involves ice climbing followed by a long steep snow slope. Due to the technical nature of the route, that requires 3500 meters of fixed rope and three camps above the base camp. Normally the climb is completed in less than four weeks.