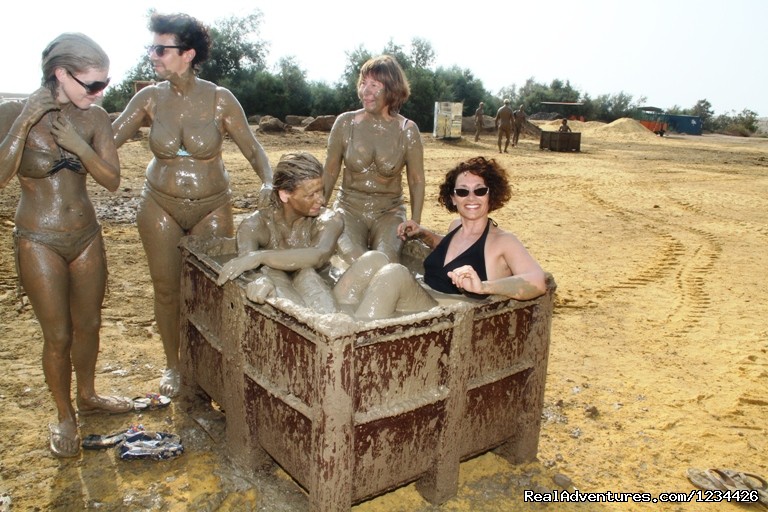 The Ultimate Weight Loss Juice Detox (#1/14)
A kick-start to a healthier lifestyle, our detox diet bring about balance, harmony and wellbeing vi 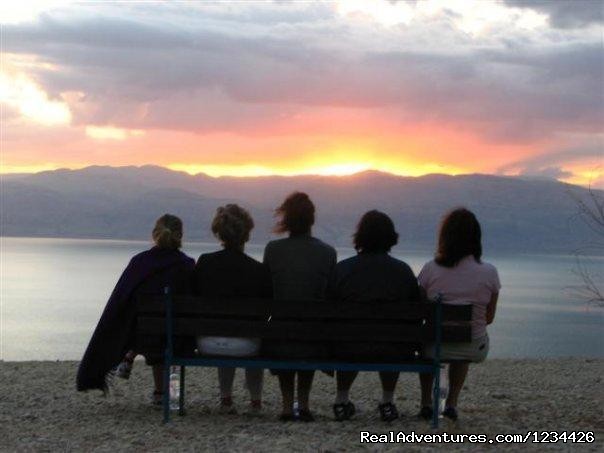 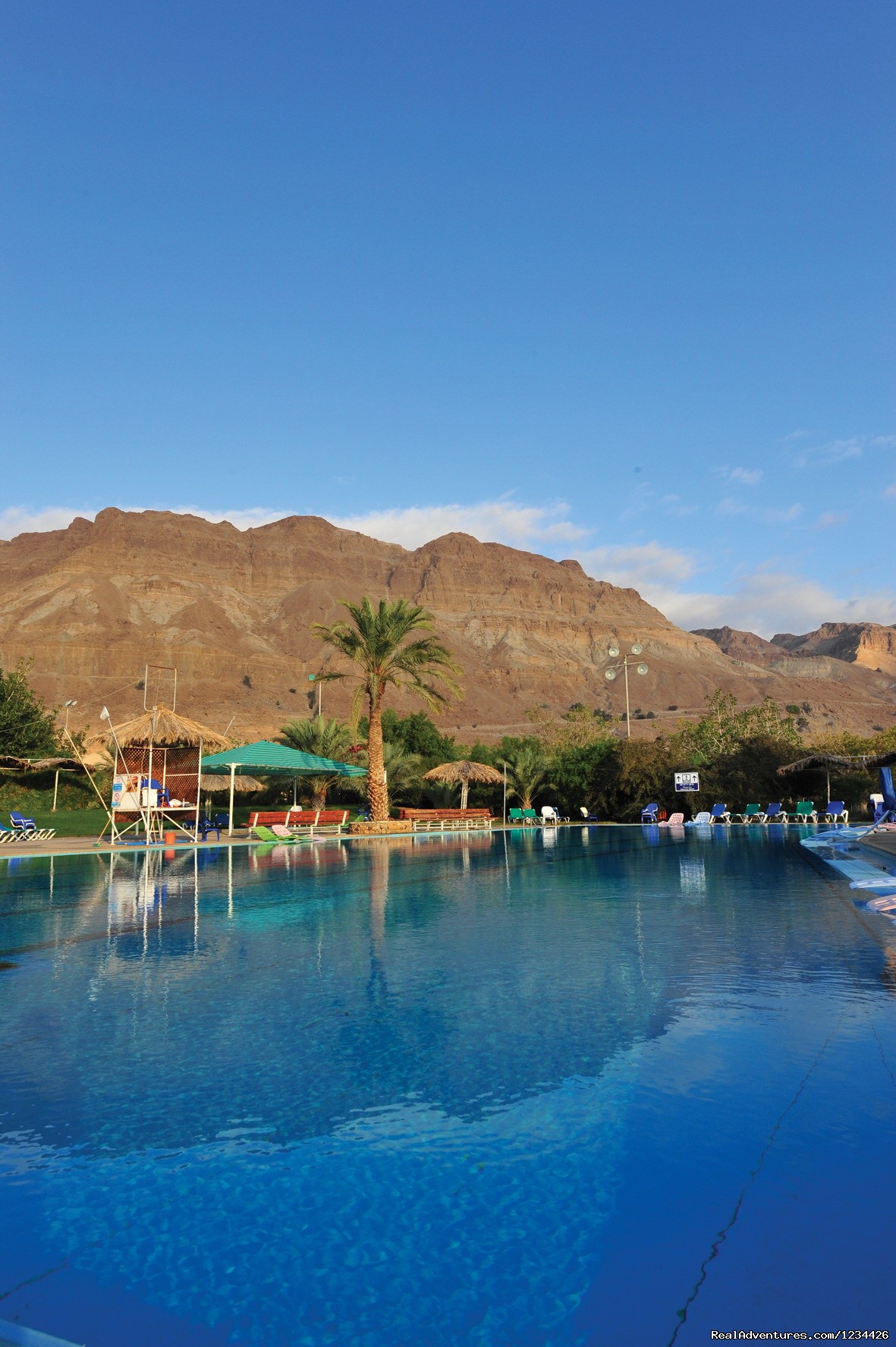 The Amazing Pool by the edge of the cliff (#3/14)
You will have plenty of time to relax by the pool, read a book or simply do nothing. 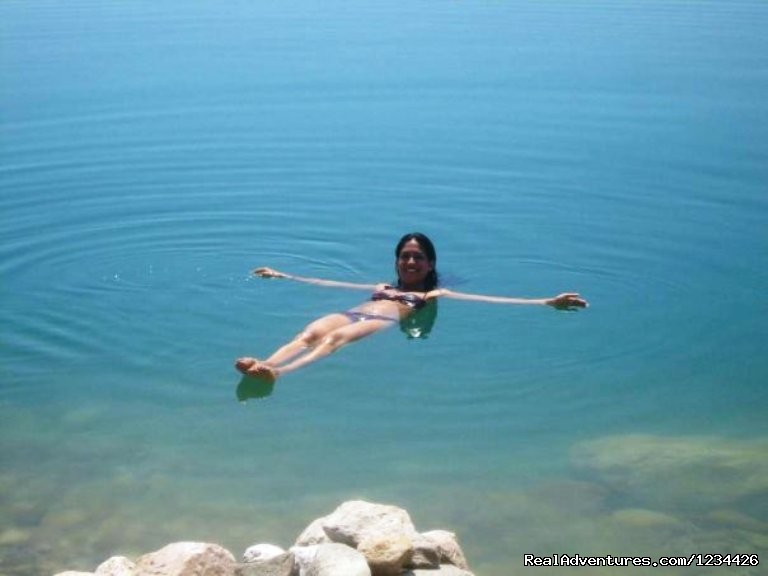 Joyful float in the Dead Sea (#4/14)
The Dead Sea contains 21 minerals, 12 of them are found in no other sea or ocean and are known for i 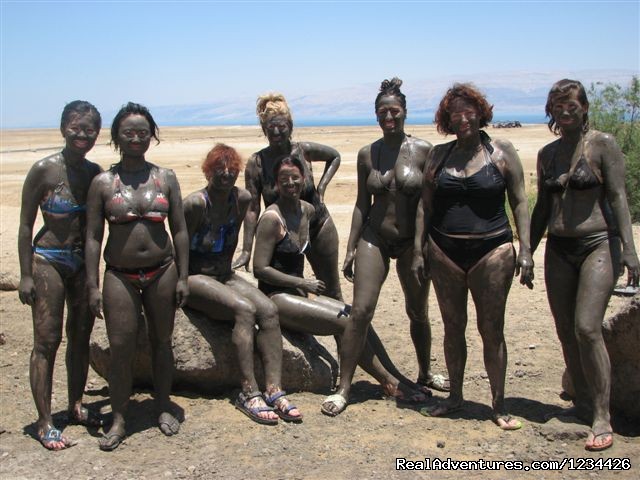 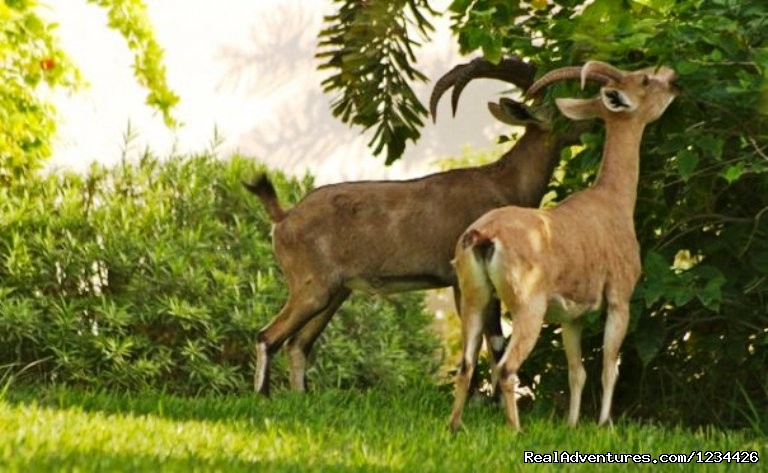 Dead Sea Ibes (#6/14)
Our daily friends come to visit us from the nature reserve Arugot canyon. ( Arugot rooms have a scen 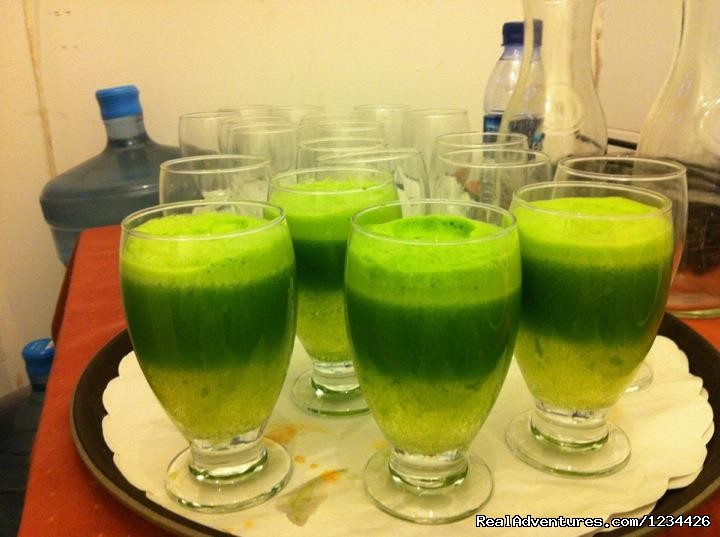 Green Juices (#7/14)
Green juices are part of the detox juices. 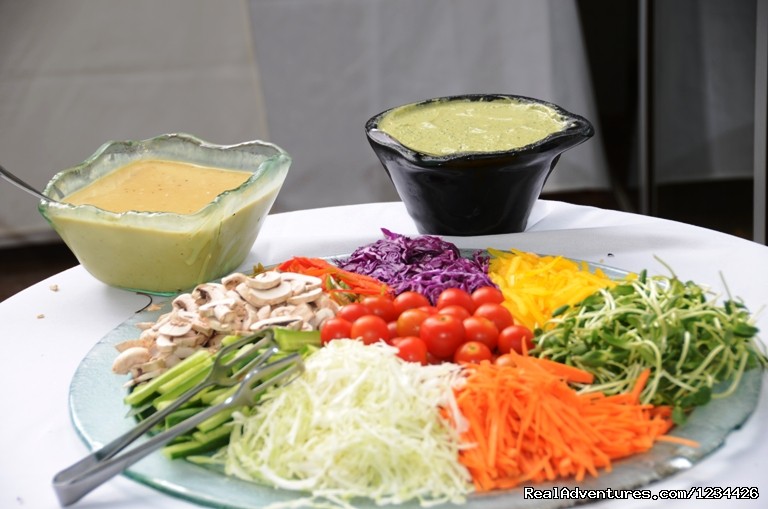 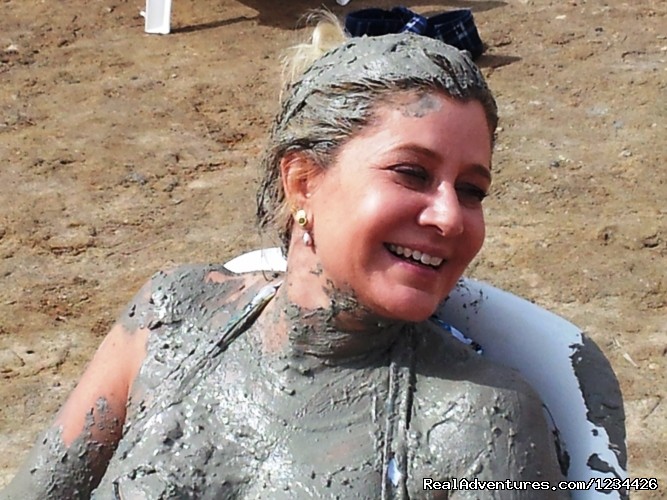 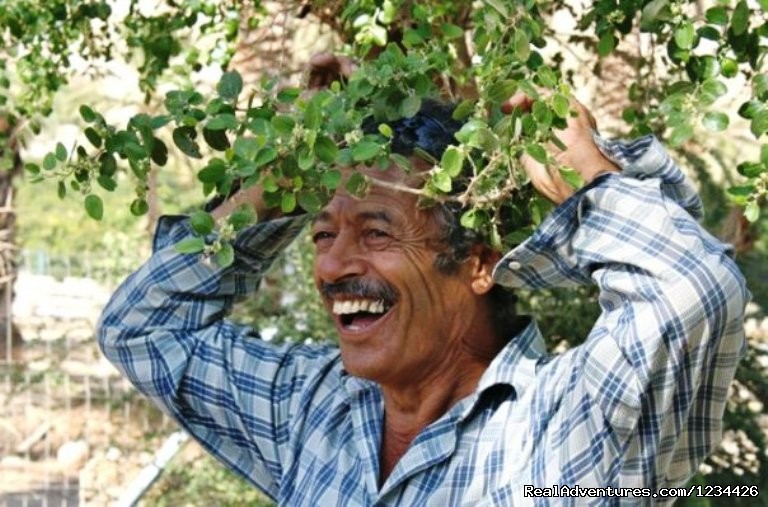 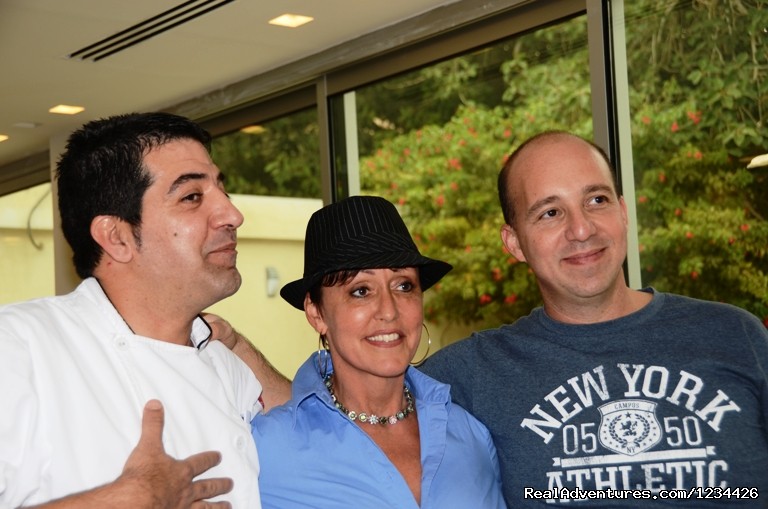 Chef Nutritionist and Administration Manager (#11/14)
Looking fdorward to welcome you in beautiful Ein Gedi. The Dead Sea Detox retreat is located in Ein 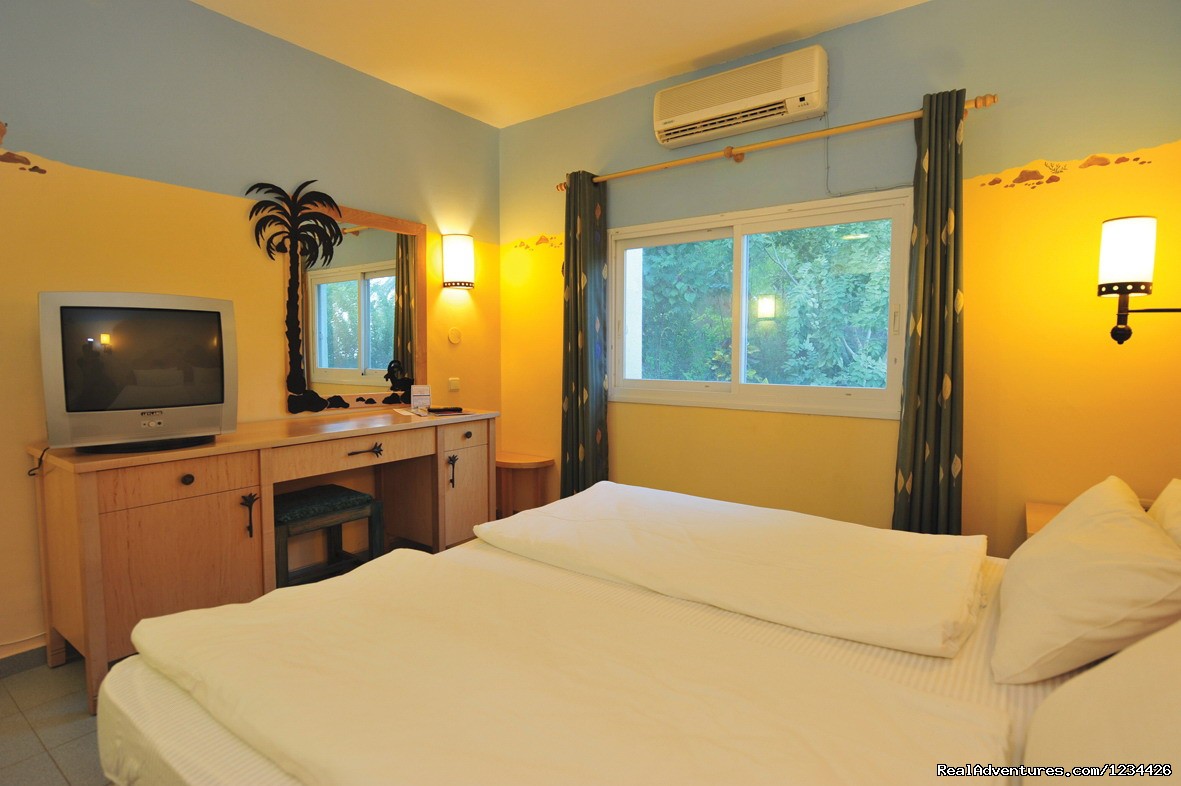 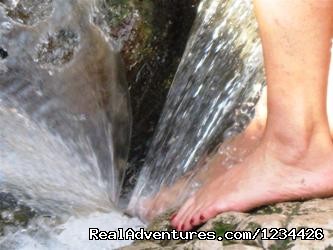 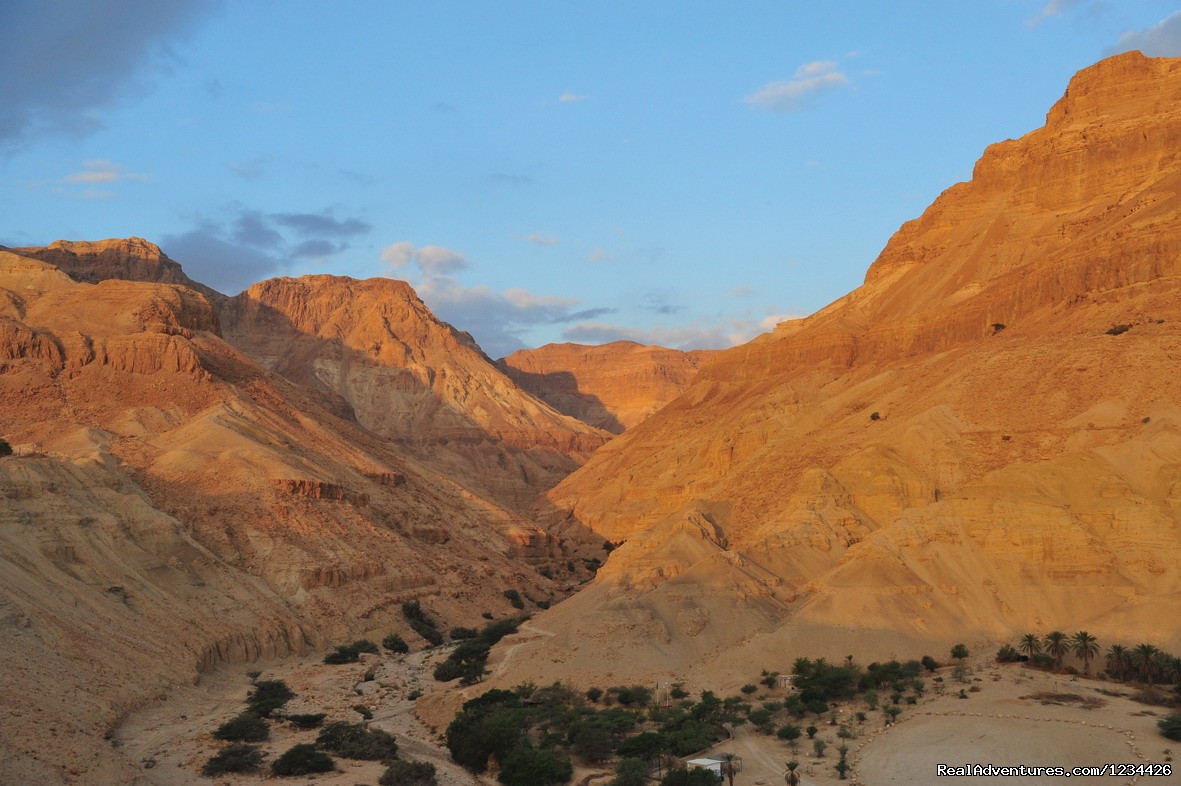 The Dead Sea
The world famous Dead Sea, on Israel's Eastern border, holds some heavy weight world records. Together with it being the lowest place on earth (- 420 metres below sea level), it also has the highest salt concentration of any of the world's seas. It’s this high salt concentration that allows the famous ‘float’ whilst reading the newspaper. The Dead Sea contains 21 minerals, 12 of them are found in no other sea or ocean and are known for imparting a relaxed feeling and nourishment to the skin. With year-round sunny skies, dry, pollution-free air, high oxygen levels and low UV rays (safe sun tanning!), it is no wonder the Dead Sea gained world reputation as a prime wellness destination.


The Dead Sea area, a wild and untamed desert, is steeped in history. The Book of Genesis mentions it as the seat of Sodom and Gomorra, and Kind David hid here from the wrath of Saul. In Roman times King Herod the Great built several fortresses and palaces in the area (the most famous of which is Massada) while the Essenes, a small and pious Jewish sect, settled in Qumran and wrote the Dead Sea Scrolls. Countless prophets, saints, monks and pilgrims found peace and refuge in this spiritual and secluded area.

During the detox retreat we'll go floating and mud bathing in the Dead Sea as a group, and you'll have plenty of chances to go by yourself, too. It's all included in the price of the retreat.

The unique Ein Gedi Country Hotel is located in one of the most scenic areas in the world. Set amidst magnificent botanical gardens, on a cliff overlooking the Dead Sea and the Moab mountains, with the desert mountains right at its back and a wild canyon at its feet, the resort, one of the longest established in this region, is a true oasis with a peaceful and spiritual atmosphere.

How do I get to Ein Gedi?
You fly into Tel Aviv Ben Gurion Int'l Airport and from there take a taxi/shuttle to the Ein Gedi Country Hotel, where the retreat takes place. The transfer to the hotel takes 1.5 hours.

Transfer from airport to hotel
How long is the transfer between Tel Aviv airport and the Ein Gedi Country Hotel?
Transfer time is about one and a half hours.

How do I arrange a transfer?
There are several transfer options. The cheapest is The Dead Sea Hotel shuttle (€38 per person one way). The shuttle serves other hotels in the Dead Sea area, so you may have to wait a short while for passengers arriving on other flights. ). Seshir are based at the Ben Gurion International airport in Tel Aviv, first floor, next to the car hire desks. On arrival go to their desk, arrange payment and a driver will be waiting for you.

Private taxi drivers will get you there faster as there will be no waiting time. The price will be higher and will largely depend on the number of people sharing. For pick-ups at night a night tariff applies. The following drivers provide reliable service and charge the official government tariffs:

Taxi prices
The following is an indication of taxi prices to several popular destinations. Prices may vary according to the day and time of travel (Saturdays and night-time are more expensive). Use the following prices as a guidance.


What currency should I take with me to Israel?
Euros, dollars and all other major Western currencies are widely accepted in Israel. A cash point is available at the hotel.

Safety
How safe is it to travel in Israel?
A lot safer than the media would have you believe it. If you're heading straight for the retreat and take a direct transfer from the modern and efficient Tel Aviv Ben Gurion airport to the Ein Gedi Country Hotel, you will have nothing to worry about. You won't need guards or protection of any kind.

If you intend to travel in Israel before or after the retreat, then some caution is advisable in certain parts of the country. Your travel agent will be able to advise you on that. Over three million tourists visit Israel every year and go back home safe and happy.

How safe is it in the Dead Sea?
The Dead Sea is a remote and scarcely populated area, far from all conflict zones.
What about personal safety - mugging, theft etc.?
While in the Ein Gedi Country Hotel, do as you would in any other hotel and keep your valuables in the safe.

In the large cities you'll need to be as cautious as you would be in any other large city in the world. Hold on tight to your belongings and keep your eyes open.

When taking a transfer or a cab, make sure you use a reputable company/driver arranged by the hotel or as recommended above.

General Information
You'll find plenty of useful inormation in the FAQ section of the Israel Ministry of Tourism website.

The Ein Gedi Country Hotel team of health therapists will be at your service to provide a range of spa treatments, such as warm oil ayurvedic massage, hot stone and Swedish massage, reflexology, reiki, peeling and even a special, individual herbal steam chamber. The treatments aid the detox process and are, of course, a very popular personal treat. Please note these treatments incur an extra charge and are not part of the Juice Fast Detox programme.