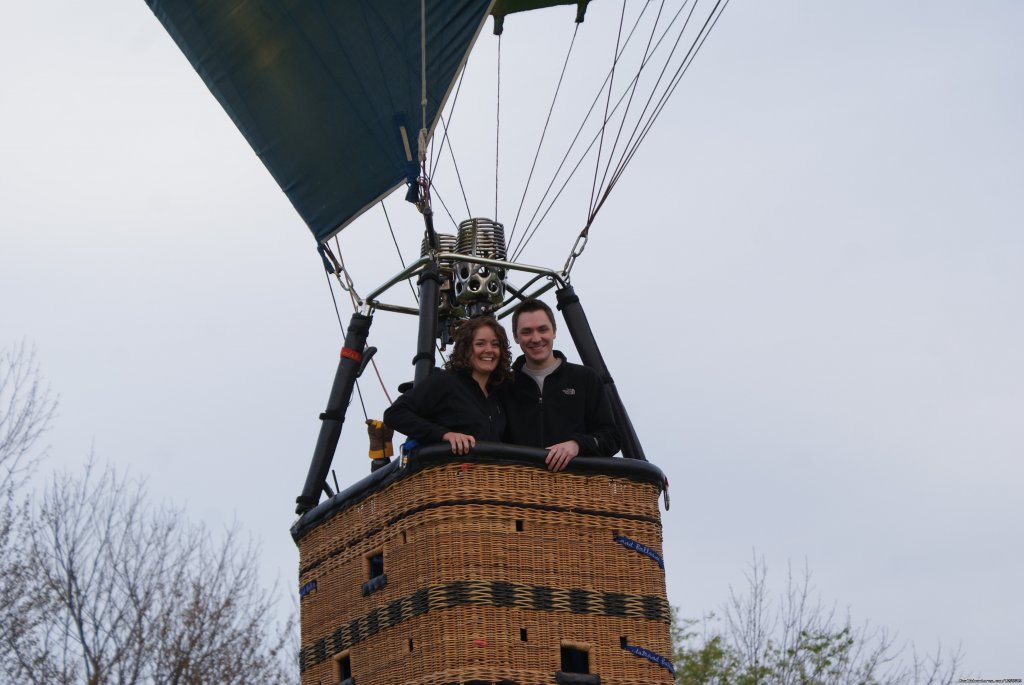 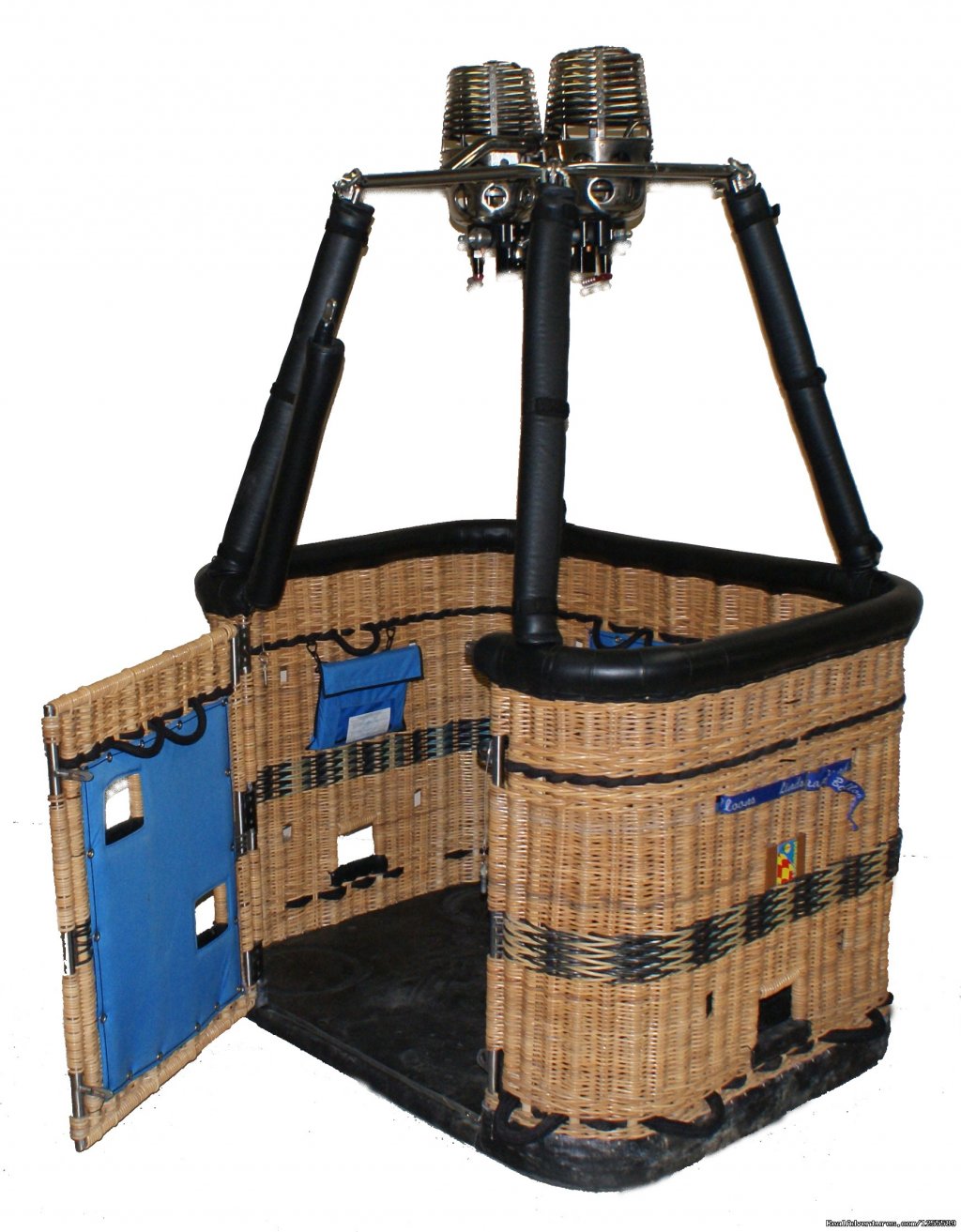 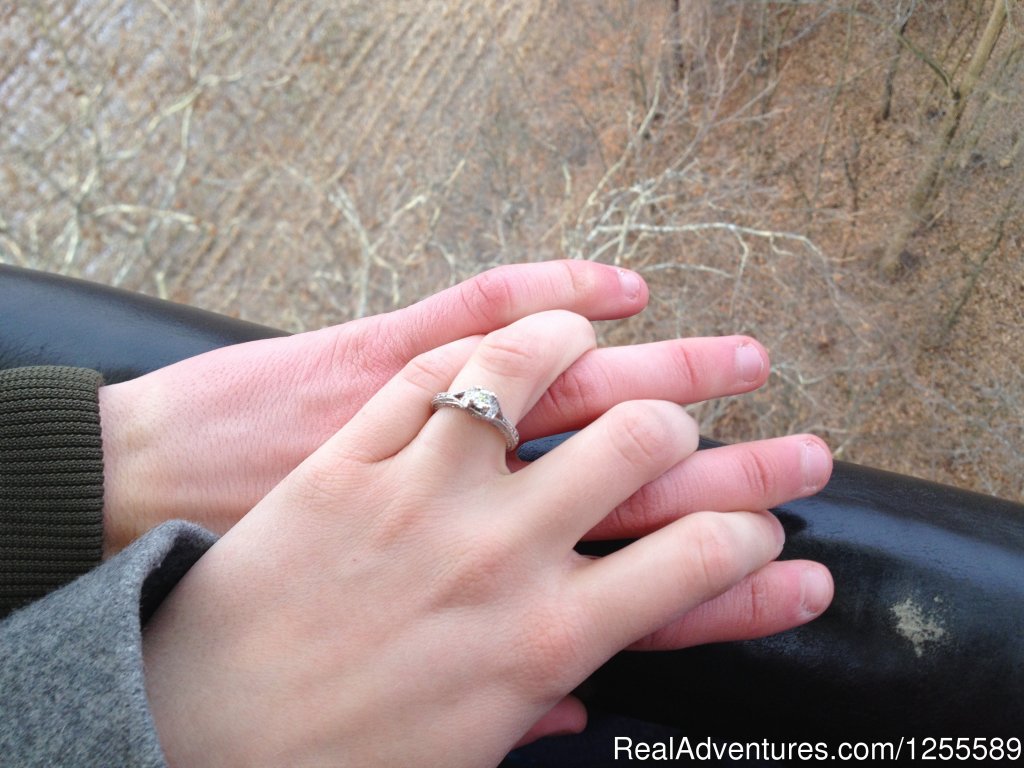 Engagement Flight (#3/4)
We do engagement flights and make this special moment something to never be forgotten! 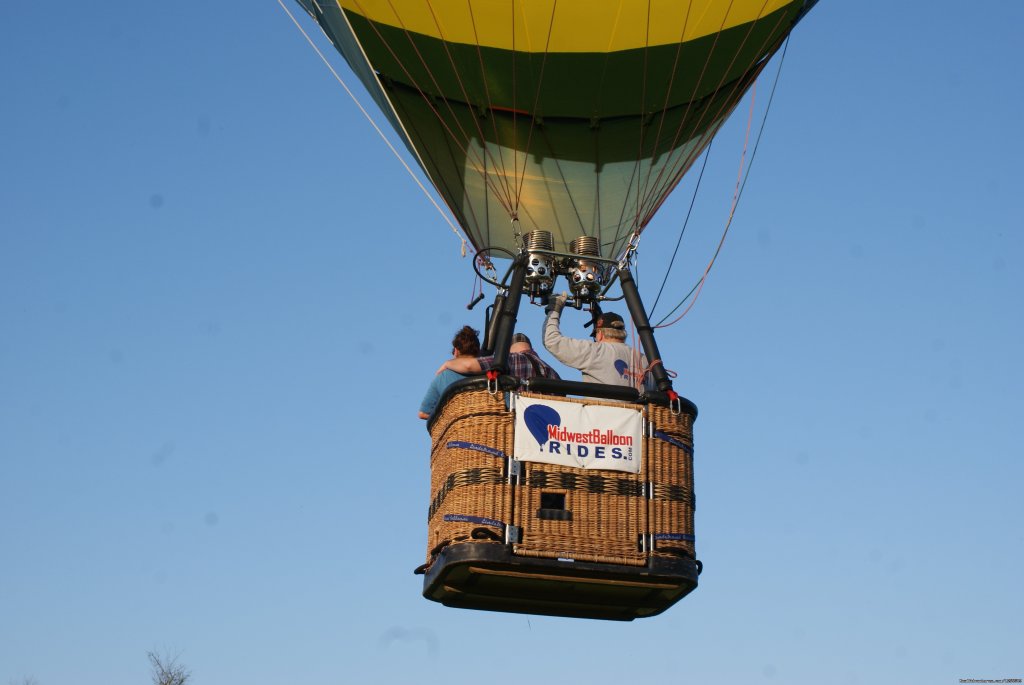 Previous
Next
Midwest Balloon Rides Fishers, Indiana
The Experience of a lifetime!We fly more than any other company in Indiana and fly from downtown Indianapolis and surrounding areas. All pricing and a calendar of openings is on our website. Come fly with us!

Midwest Balloon Rides was established in 2002 and opened its doors to proving the experience of a lifetime in 2005. Currently the company owns 4 hot air balloons and can take up to 7 passengers up in its largest balloon. In addition the company has access to other pilots and balloons which allow as many as 30 passengers to go for a ride at one time. Midwest Balloon Rides also has the only Easy Access Basket (it has a door).

Ballooning Owner  (View Profile)
Chief pilot and owner Tony Sandlin started in ballooning in 1989 and in 2005 received his FAA commercial licence after attending a balloon flight school in California. Tony has flown extensively throughout the United States as well as Canada, Mexico and the Middle East. In 2011, 2012, 2013, Tony was included as one of only 30 balloons permitted to give passenger rides at the Albuquerque International Balloon Fiesta, an annual gathering of over 600 hot air balloons. 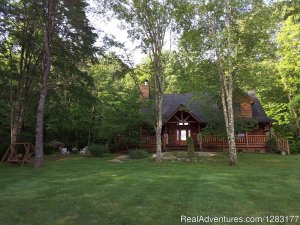 Vacation Rentals Bloomington, Indiana - 59.3 mi away
From USD $240 per Night 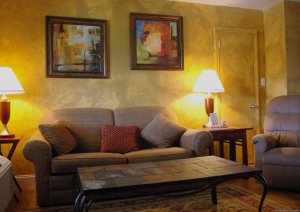 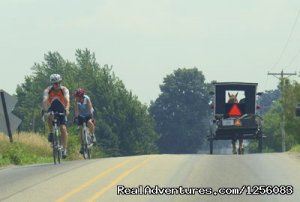 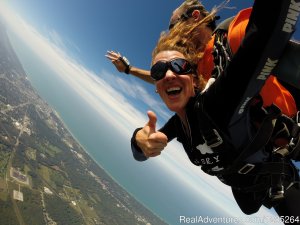 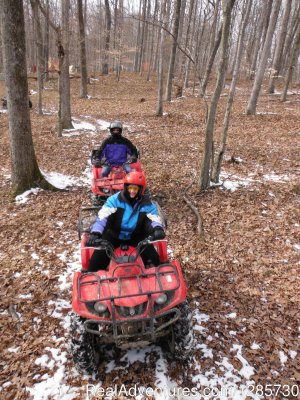 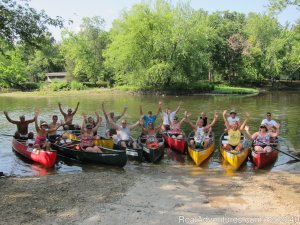 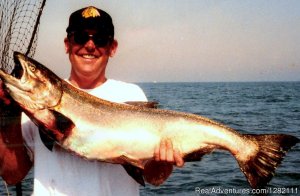 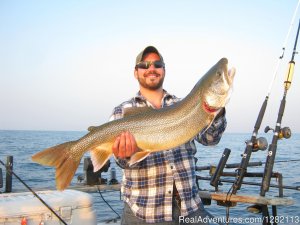