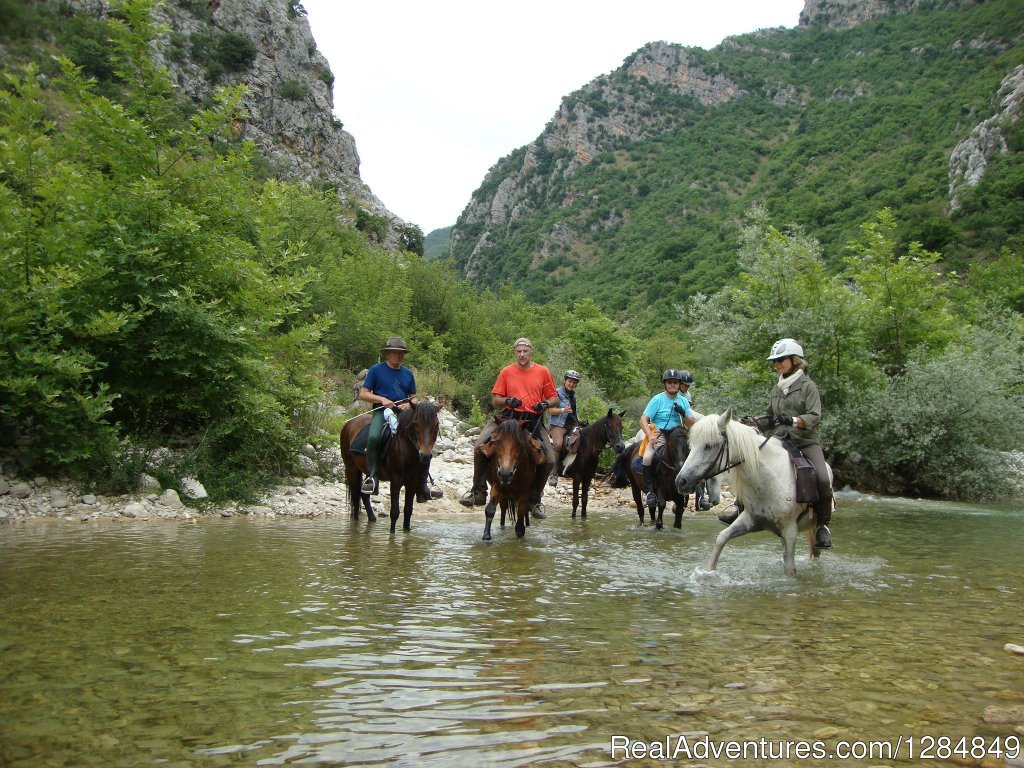 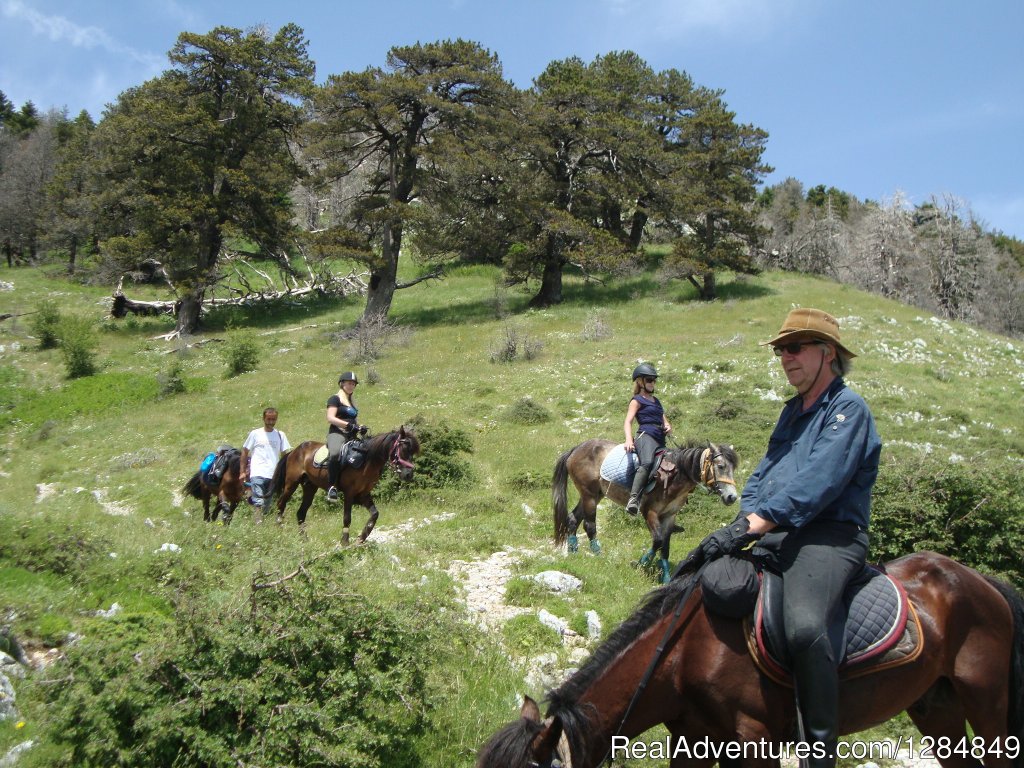 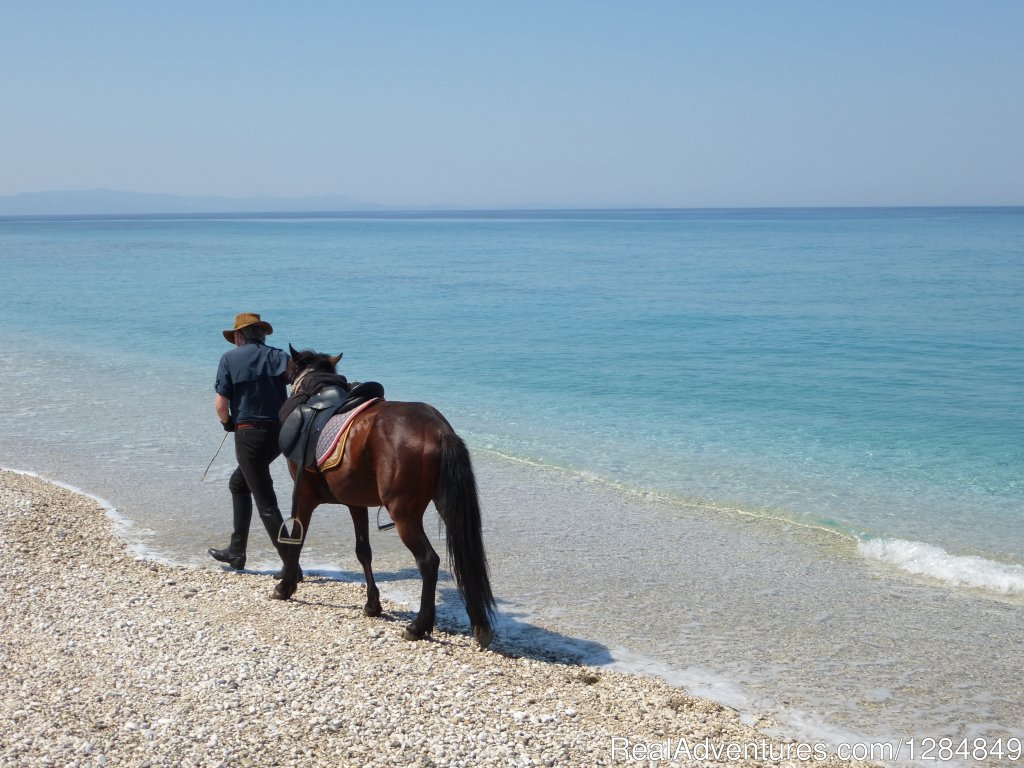 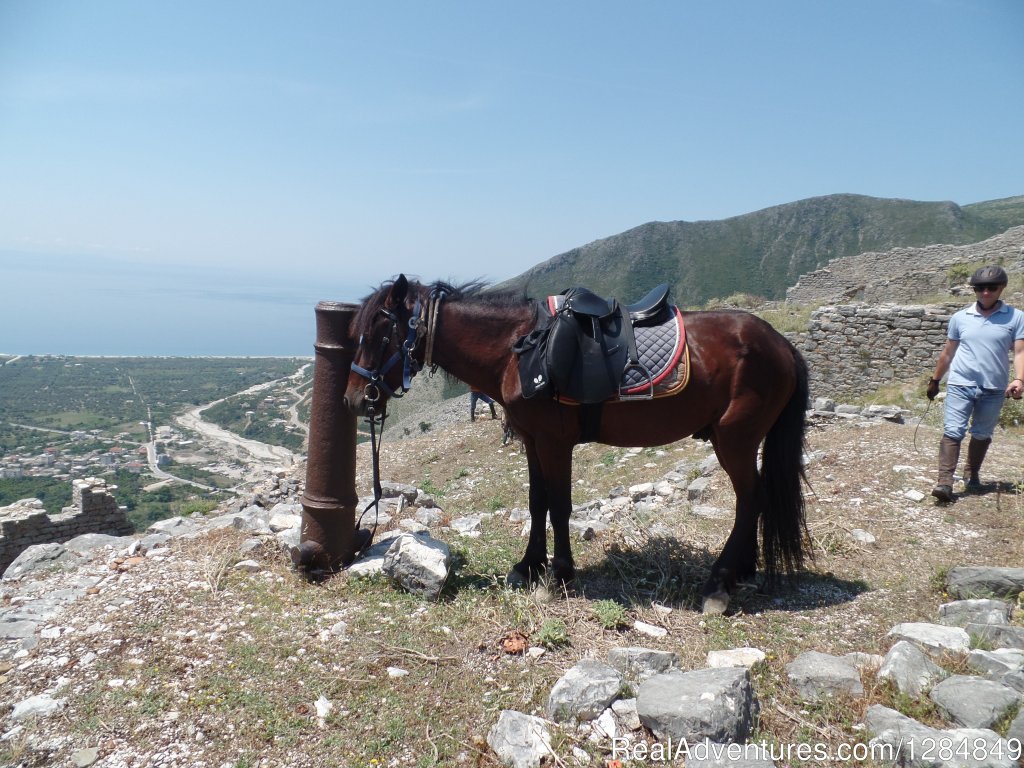 Borshi Castle (#5/5)
King Skerdilajd Trail
Previous
Next
Albanian Cultural Horse Riding Trails Abbeville, Albania
Caravan Travel is a horse riding center placed in Southern Albania, Gjirokastra historical town.Our best and longest trail until now is “the merchants” trail or Zagoria. However, we are proud to offer you this year another trail “King’s Skerd

Caravan Travel is a horse riding center placed in Southern Albania, Gjirokastra historical town. We started with the professional tours around 5 years ago. Our group is composed by five experienced guides who have been in this line of work for more than 10 years.

During these years we have mainly specialized in long riding tours which involve all riding pace especially mountain climbing and trotting in difficult landscape. We plan and program with the main objective to offer a harmonic relationship between human kind, horse and nature. Another big objective has been to make riders feel the Albanian way of life, to show them our traditions, to let them live with the hosting families, sharing their family environment and help with the preparation of meals or village works.
We carry the luggage by car and only the most necessary things are transported in saddle bags. We believe that by carrying little galloping becomes much easier.
Our best and longest trail until now is “the merchants” trail or Zagoria. However, we are proud to offer you this year another trail “King’s Skerdilajd´s Army Route”. This route has been tested many times during the past 5 years. This is the reason why many riders want to return to Albania. Also, this is one more choice for riders visiting us for the first time.
This trail that partly imitates the percorse of the Ilirian king Skerdilajd to conquer Kaonia 2300 years ago combines nature with culture heritage as well as village life with seaside town life. The trails offer the possibility of riding at all paces. The itinerary passes through a variety of landscapes combining mountain climbing, stip downhills, rivers, wood, seaside, ancient ruins, ancient castles, churches and monasteries.
Along the trail you can learn many things about the unknown communist Albania. Bunkers and military protection infrastructure has still preserved its traces all around villages and towns. It was a period of isolation and militarization when previous communist leaders built around 750,000 bunkers of defense in case of attack from “enemies”.
We like to underline as our advantage the accommodation. This will take place in family houses every night except the first and the last night of the trip. Our rider´s comments suggest that this is the only way to know the country and its life. Families have meals and talk to their guest as they savour their organic dishes. Fruits, vegetables and meat come from their gardens and farms. Their drinks like Albanian famous Raki and wine are also homemade. Mountain tea would be the typical drink every family will offer.
The trail makes possible the combination of mountain food and sea food. You can taste the family´s homemade and unique olive oil extracted on a traditional way. There will also be citrus fruits, olives and fresh fish.
From April to the end of September you can enjoy swimming in the sea on two of this trail´s days.
Flora and Fauna : The wide variety or plants and woods characterizes Flora. There are 420 species that contains vessels. If we refer to the Albanian species, which are 3250, 13% belong to Gjirokastra´s territory. There are a lots of medicinal and curative plants. The number reaches up to 50 kinds of such plants. The most widely spread animals are hares, deer, wild boars, martens, bears, wild cats etc. Different kinds of fish like trout, eels and many more lurk in the river.

Horses: Our mountain horses (140- 155 cm) are an old mixture of the Tarpan and Arab horse and they represent established characteristics of a safe horse. Rocky landscape is their natural life environment. Living most of the time free in nature make these horses sure and trustfull even in tense situations. They are easy to manage, even the stallions and each of them represent a natural and not artificial personality.
This local breed of horse served for centuries to inhabitants of this area to pass the mountains and to transfers their animals or bees from summer pastures to winter pastures. These horses were used to transfer entire families and villages during different periods of conflicts or wars.This breed served the army till mediavel time and even during the period of King Skerdilajd the breed was very similar based to the ancient writers. Horses are very resistant and able of all paces: riding, trot, canter and fast galloping when possible.

Itinerary
Day 1: Plan your flight to arrive at Tirana airport till early afternoon. You will be transferred by mini-van or off road car to Gjirokastra town. This 250 km transfer will take approximately 3- 4 hours. Settle into your room at a traditional hotel in Gjirokastra historical centre, before gathering for a welcoming lunch. After lunch riders are scheduled to have a walk around the historical town of the old Bazaar before dinner. Riders can also visit Enver Hoxha’s house, Gjirokastra´s castle, the church of the Old Bazaar, the mosque of the Bazzar and Skenduli´s house representing an ideal sample of Gjirokastra traditional life. Dinner will be served at a traditional restaurant. During dinner our staff will discuss and inform you about next day itinerary. Possible requests, needs, advice or anything else that may arise will be deal with at that time. We recommend you to buy a map of the area before dinner in order to sketch the itinerary.

Children over 14 years old, accompanied by their parents.
No other age limitations.

No pets allowed.
No other restrictions.

Included : dinner & breakfast at the hotel and family houses, picnic lunches except the first one at the hotel, accommodation, horses, English guide.
Luggage transport: Personal necessary things are carried in saddlebags; all other luggage is transported by car every day from destination to destination. 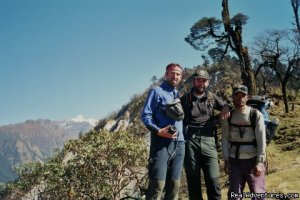 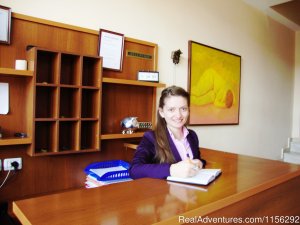 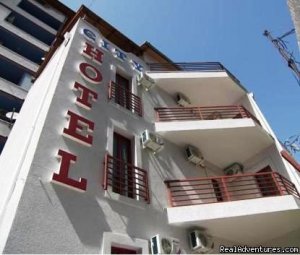 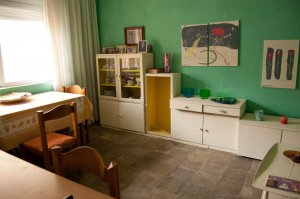 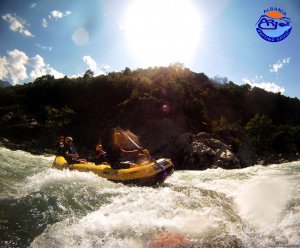 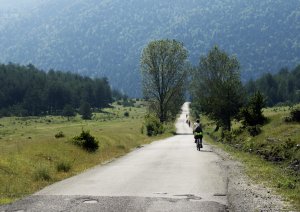 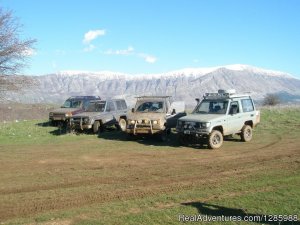 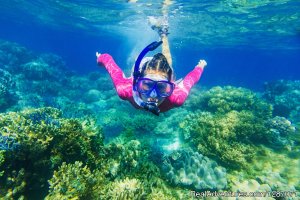 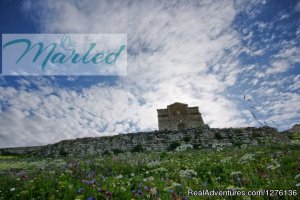 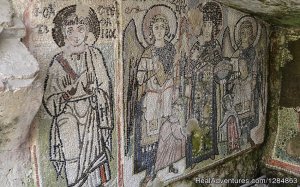 Youth Hostels Gjirokaster, Albania - 3.2 mi away
From USD $19 per Person