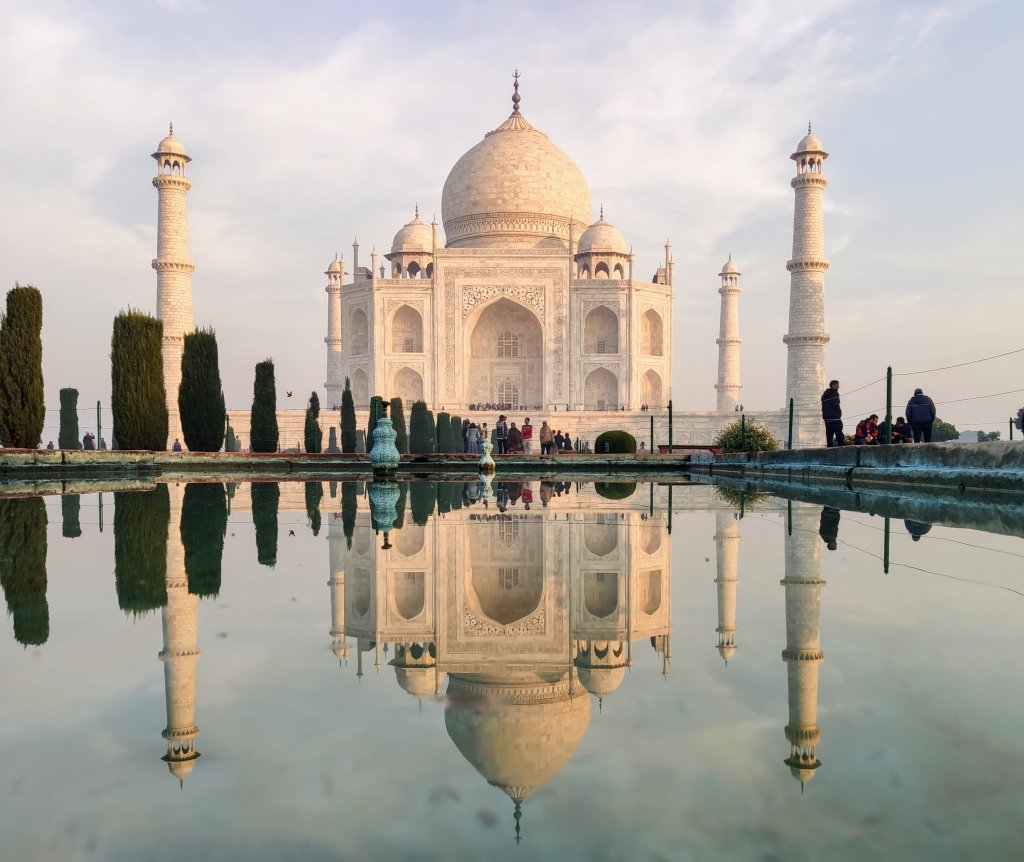 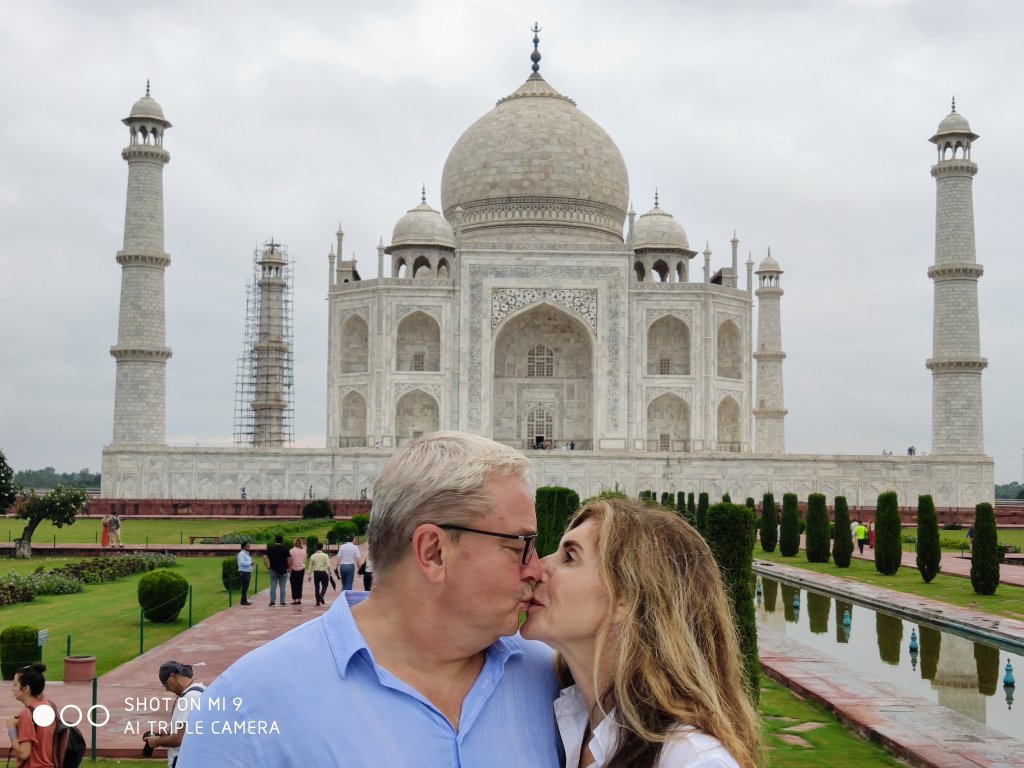 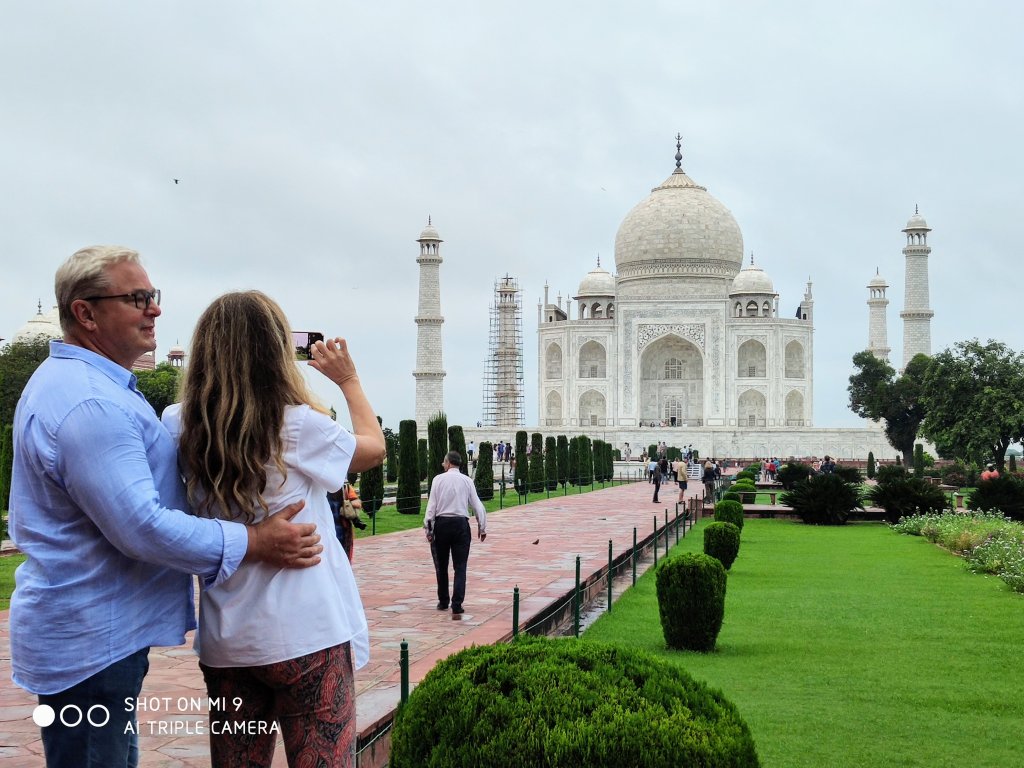 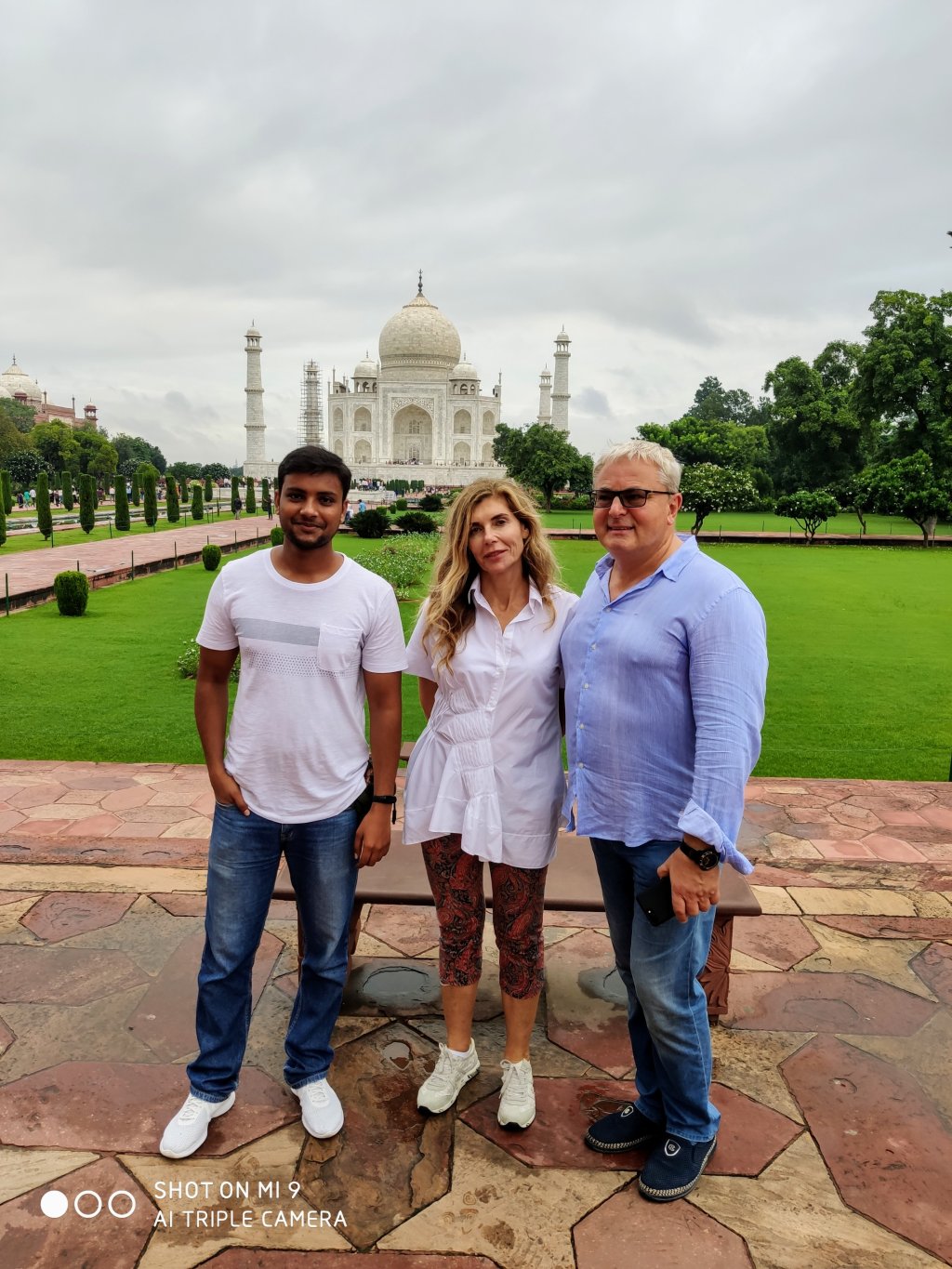 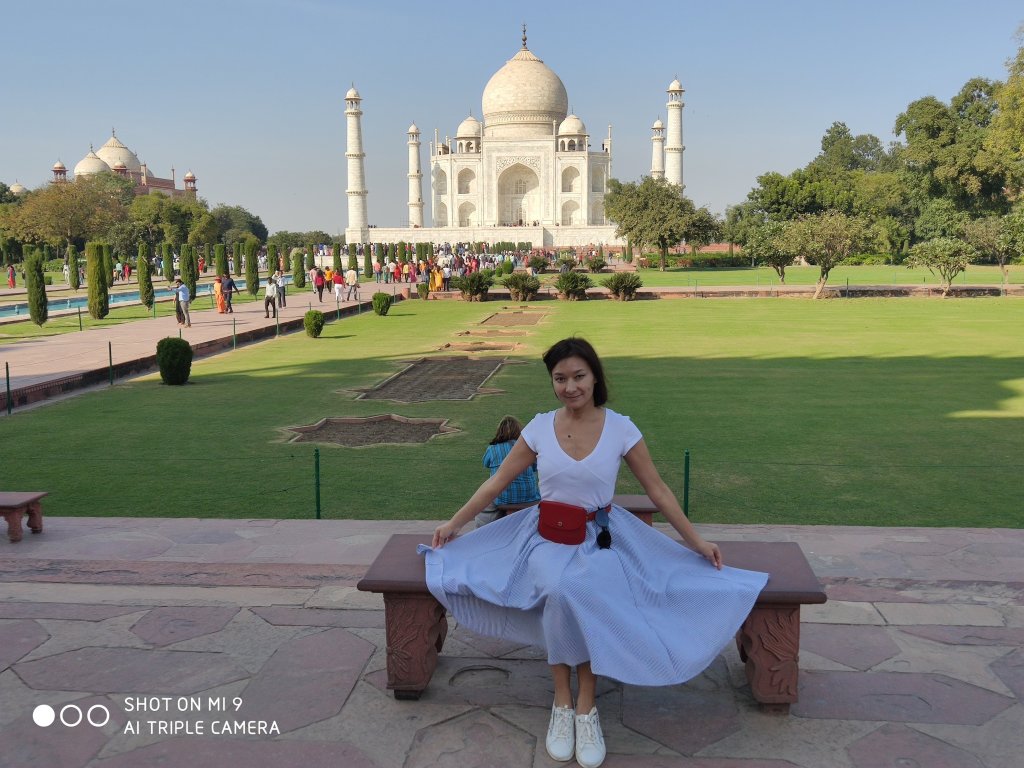 Previous
Next
Amazing Taj Mahal Same Day Tour Agra, India
Same day Taj Mahal tour is one of the most preferred tour program among tourists from across the globe. In this tour you will enjoy the beauty of the Taj Mahal and feel it's celestial beauty. You will also visit the walled city, Agra fort.

1.Taj Mahal
We will enter in the Taj Mahal with entrance tickets by passing security check.
There are 3 main entrance gates of the Taj Mahal.


1. Four Court Area
All three entrance gates of Taj Mahal bring you here, there are char bagh style gardens and the gate of paradise in this area which is the fourth gate of the Taj Mahal.

2. Makrana
Taj Mahal is built with indian makrana white marble which is considered highly qualitative and hardest marble in the world.

3. Mausoleum
The white Marbles Building, Which is a mausoleum of Shahjahan and Mumtaz, called The Taj Mahal. It is all decorated with semi-precious stones in the form of inlay work.

4. Viewpoint
On the back side of Taj Mahal, there is the Yamuna River. From here there is a magnificent view of Agra fort, Mehtab garden (moonlight garden) and the river itself.

5. Mosque
On the both sides of Taj Mahal, there are two buildings, one is a mosque, facing towards to Mecca and second one is called mehman Khana or guest house.

6. Guest House
The guest house which has a beautiful ceiling and paintings.

7. Free time
Time to reflect and behold this Monument of Endless Love.

Agra fort: High walled red stone city of Mughals and feel here life of the Mughals in it's grand palaces. It was the main residence of the emperors of the Mughal Dynasty until 1638, when the capital was shifted from Agra to Delhi. In 1983, the Agra fort has been inscribed as UNESCO World Heritage site.

1.Jahangir's Hauz (tank): This monolithic tank (hauz) was used for bathing. It is 5 feet high, 8 feet in diameter and 25 feet in circumference. On the external side of the rim there is an inscription in Persian which mentions it as 'Hauz-e-Jahangir.

2.Shahjahani Mahal: It is situated in between the white marble Khas Mahal and the red stone Jahangiri Mahal and is set transitionally in between these two residential complexes of two different ages.

3.Ghazni Gate: The gate originally belonged to the tomb of Mahmud Ghaznavi at Ghazni. It was brought from there in 1842. Lord Ellenborough, the Governor General, in historic proclamation claimed, that these were the sandalwood gates of Somnath which Mahmud had taken to Ghazni in 1025. This false claim was made just to win the goodwill of the Indian people. The gate is, in fact, made of local deodar wood of Ghazni and not of sandalwood.

4.Jahangir's Chain of Justice: This is the spot where Mughal king Jahangir instituted his 'chain of justice'(Zanjir-i-Adl) in c. 1605 A.D. He records in his memoir that after his accession, the first order he gave, "was for the fastening up of the chain of justice so that if those engaged in the administration of justice should delay or practice hypocrisy, the aggrieved might come to this chain and shake it so that its noise might attract my attention." It was made of pure gold. It was 80' in length and had 60 bells. Its weight was 1 Quintal.

5.The Musamman Burj (Shah-Burj) & Jharokha: This beautiful palace surmounts the largest bastion of Agra Fort on the riverside, facing the East. It was originally built of red stone by Akbar who used it for jharokha darshan, as well as for sun worship, everyday at sunrise. Jehangir also used it as jharokha, as is faithfully shown in his painting made in 1620. He also instituted his 'Adl-i-Janjir'(the chain of justice) on its south side. Owing to its octagonal plan, it was called 'Muthamman Burj'. It has also been mentioned as 'Shah-Burj'(the imperial or king's tower) by Persian historians and foreign travellers. Its name jasmine tower or 'Samman-Burj' as recorded by the contemporary historian Lahauri is a misnomer. It was rebuilt with white marble by Shah Jehan around 1632-1640 A.D.

6.Shish Mahal: It was built by Mughal Emperor Shahjahan as a part of summer palace. Its most distinctive feature is glass mosaic work done on its walls and ceiling. These glass pieces have high mirror quality which glittered and twinkled in thousand ways in semi-dark interior. The glass was imported from Haleb of Syria. Shahjahan built glass palace also at Lahore and Delhi, but this is the finest of all.

• Lunch: You will enjoy here exceptional cooking of Agra

• Return to Delhi
• Transfer to hotel

Lunch in a Indian restaurant

Pets are not allowed 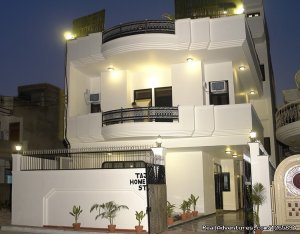 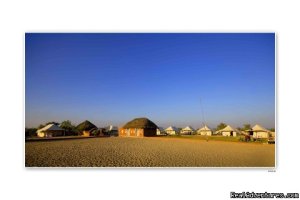 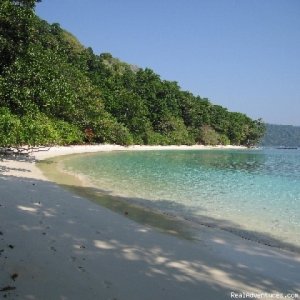 Luxury Eco-Lodge in the Andaman Islands 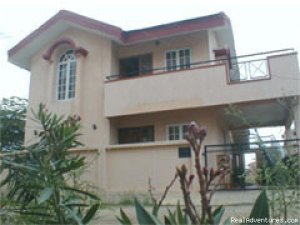 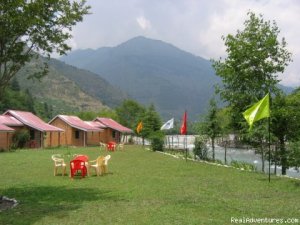 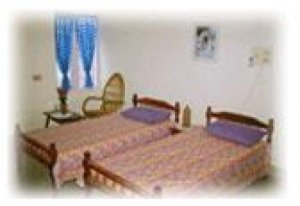 Hotels & Resorts Valley of Flowers, India
From USD $70 per Night 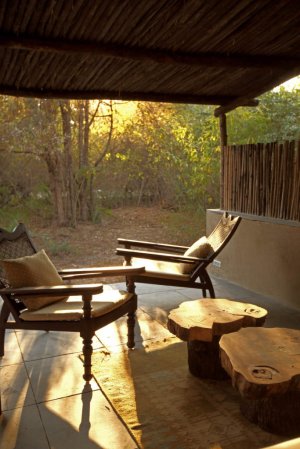 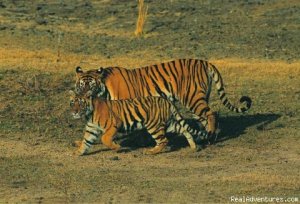 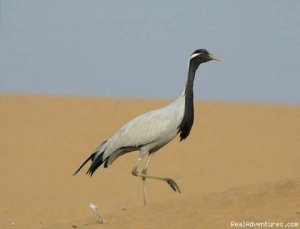 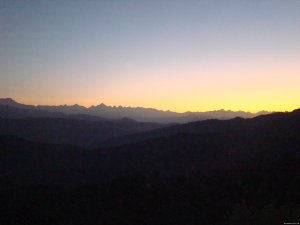 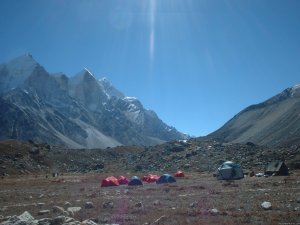 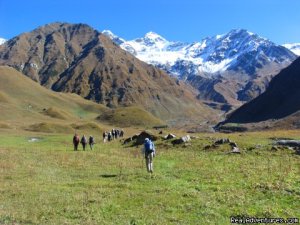 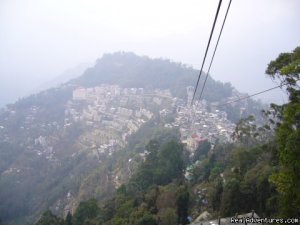 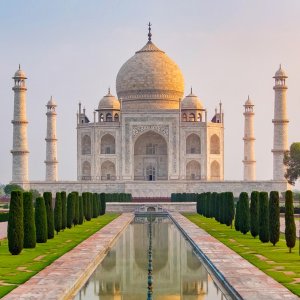 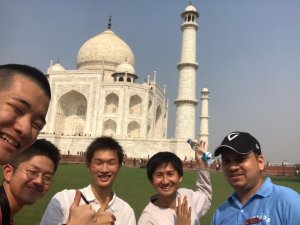 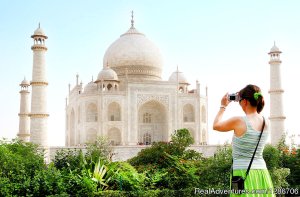 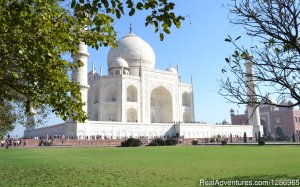 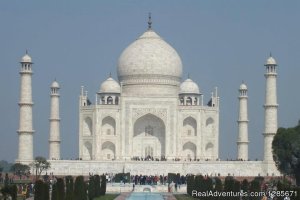 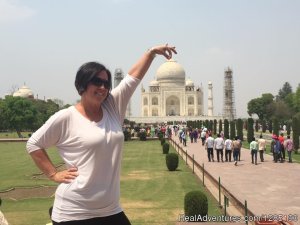 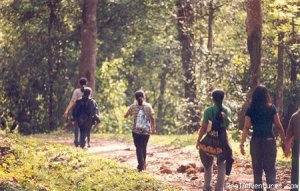