Markale (German. Markthalle) is the name for town market in Sarajevo.

The project for this building has been completed in 1894, under name "Markthalle fur Sarajevo", and the building was finished a year later. The desginer was August Butsch, who built it in Neo-Renaissance style.

Earlier, there were side entrances, which were closed later, and new ones were made, from other sides, out of which the front façade was built with the three arches, modeled on ancient architecture.

The inner space, steel-wooden trellis structure, construction of the ceiling, as well as the basement cold stores represent the example of modern way of dealing with the interior space. Inside the great hall there is a clock designed in the style of Art Nouveau, which still exists today. 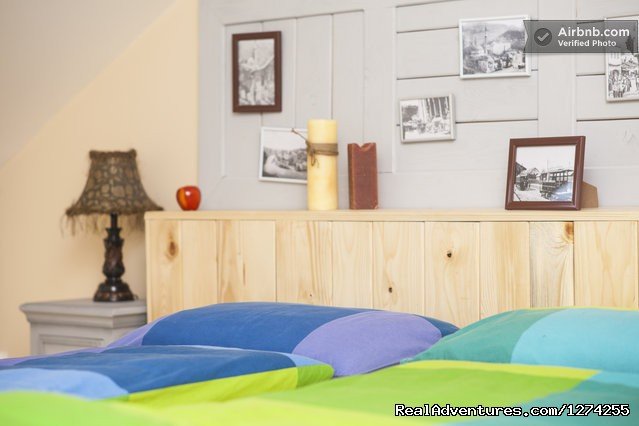 New Age Apartment No2 /Markale is suited in the city center , in the heart of Sarajevo. The apartment is suited in downtown Sarajevo. Just across the street you'll be able to find bakeries, shops, supermarkets, and other stores. The main pedestrian zone "Ferhadija" , with its popular bars and cafes is only a few minutes away. In close proximity there is a big green market place. Around the building you'll find an Old Orthodox Church, Catholic Cathedral, Bey's Mosque and the Bascarsija is just a few minuets away.

It consists of 3 bedrooms and spacious living room, kitchen with dining room and a bathroom. We have decorated our apartment in old but modern Bosnian style, very comfortable for your stay in Sarajevo.

There are no restrictions.

In the apartment the guests can find everything they need: dishes, linens and towels, equipped kitchen, washing machine, refrigerator and enough dishes for you to cook and enjoy meals by yourself. Also, all needed ingredients are include such as: coffee. tea, flour, salt, sugar, pepper, etc... welcome drinks are also included. 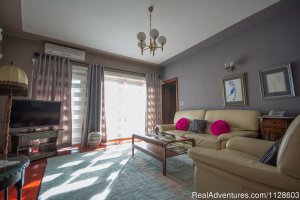 Hotels & Resorts Sarajevo, Bosnia and Herzegovina - 0.2 mi away
From USD $94 per Night 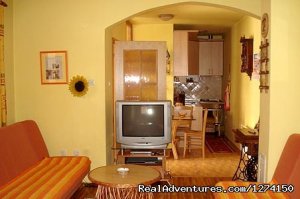 Vacation Rentals Sarajevo, Bosnia and Herzegovina - 2.6 mi away
From USD $56 per Night 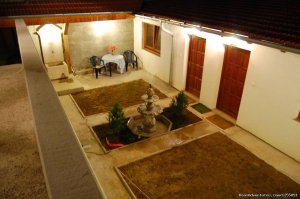 Youth Hostels Sarajevo, Bosnia and Herzegovina - 0.3 mi away
From USD $11 per Night 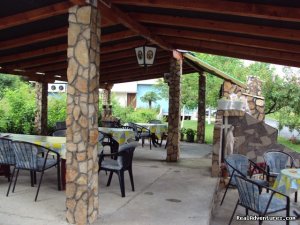 Youth Hostels Medjugorje, Bosnia and Herzegovina - 58.8 mi away
From USD $13 per Night 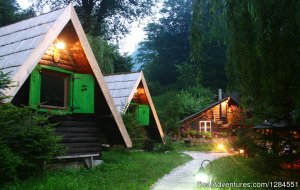 Rafting Trips Foca, Bosnia and Herzegovina - 30.0 mi away
From USD $50 per Trip PP 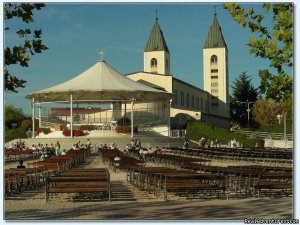 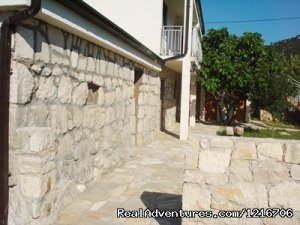 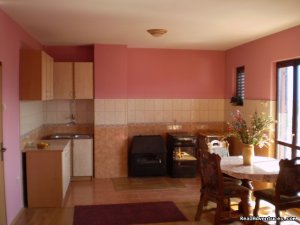 Bed & Breakfasts trebinje, Bosnia and Herzegovina - 79.5 mi away
From USD $28 per Night 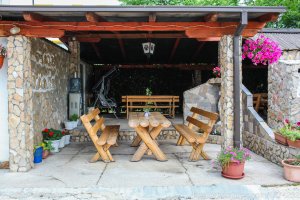 Bed & Breakfasts Medjugorje, Bosnia and Herzegovina - 59.2 mi away
From USD $14 per Night