Day I
Arrival at the airport “Mother Theresa”. Moving toward
the city of Tirana. Accommodation in the hotel.
Relax. Visiting the National Historical Museum
of Tirana.

Day II
Breakfast. Moving to the city of Kruja - the centre
of Albanian lands in the XV century, also the birthplace
of the national Albanian hero, Skanderbeg.
Visiting the Historical Museum.
Travelling toward the city of Durres, where you can
visit the amphitheatre and see other ancient ruins.
Accommodation in the hotel.
Day III
Breakfast. Travelling toward the city of Berat,
passing through Ardenica. Visiting the Ardenica
Monastery. Arrival at the city of Berat, which is
more than 2500 years old. It is called the “city of
thousand windows”.
Moving to the south of Albania, where Adriatic and
Ionian Sea merge together. Arriving at the city of
Vlora. Hotel Accommodation. City tour. You may
enjoy rambling along the city.
Day IV
Breakfast. Moving toward the Monastery of
Zvernec. On the way to Zvernec, you may stop for
having a cup of coffee in Narta.
Travelling along the Ionian coast, toward the
southern resort town of Saranda. On the way
to Saranda you can see Orthodox churches and
beautiful beaches of Llogara, Dhermi (the most
popular and frequented beach by young ages)
and Borsh, where you can see the beautiful olive
grove. Having lunch near the Waterfall.
Arrival at Saranda. Accommodation in the hotel.

Day V
Breakfast. Visiting the historical ancient city of
Butrinti. In 1992 it received a special status as a
UNESCO World Heritage City. On the way to Butrinti,
you may visit the spring “Blue Eye”.
Departure to the City - Museum of Gjirokastra. Accommodation
in the hotel.
Day VI
Breakfast. Departure toward the city of Permet.
On the way to this city, you may pick to see the
spring “Cold Water”.
Accommodation in the hotel. City tour.
Day VII
Breakfast. Travelling toward the city of Korca.
Accommodation in the hotel for an overnight stay.
City tour.
Day VIII
Breakfast. Departure to the city of Pogradec, which
is famous for the largest lake in the Balkans - the
lake of Ohrid. There are a numerous species of fish
in this lake and there is also a rare species of fish,
called “Koran”.
Visiting the beautiful byzantine church of “Saint
Naum” in Macedonia.
Day IX
Breakfast. Departure to Tirana. Accommodation in
the hotel. Relax. We recommend you to visit the
local grocery market to acquire natural traditional
products (olive oil and olives, and, in particular,
cheese, as well as souvenirs). Walking in the park.
Day X
Departure from the airport “Mother Teresa”.
Impressions of this small and hospitable country
will remain in your memory forever and you will
visit Albania again. 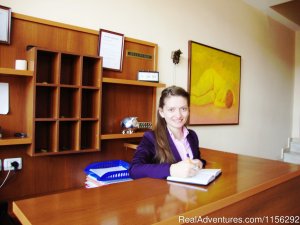 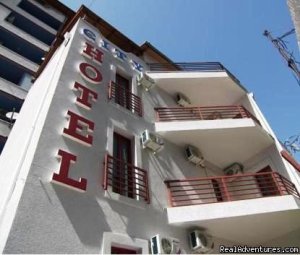 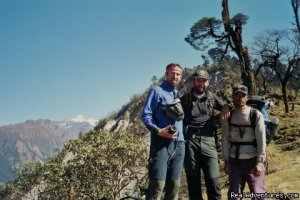 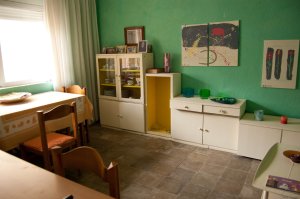 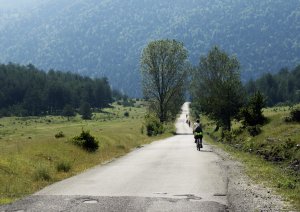 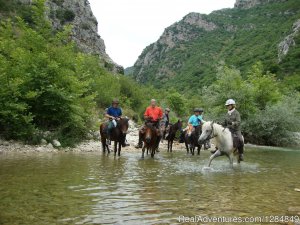 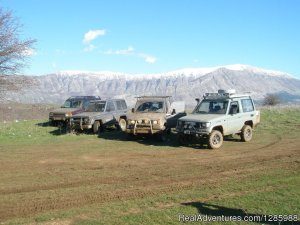 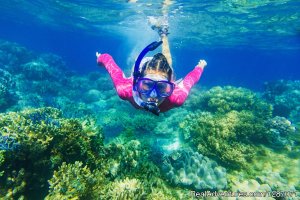 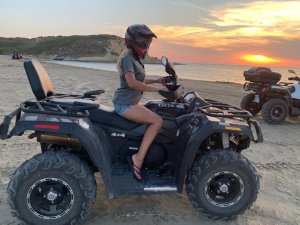 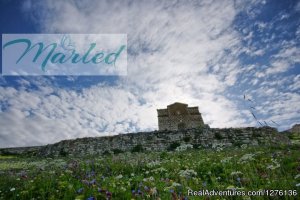