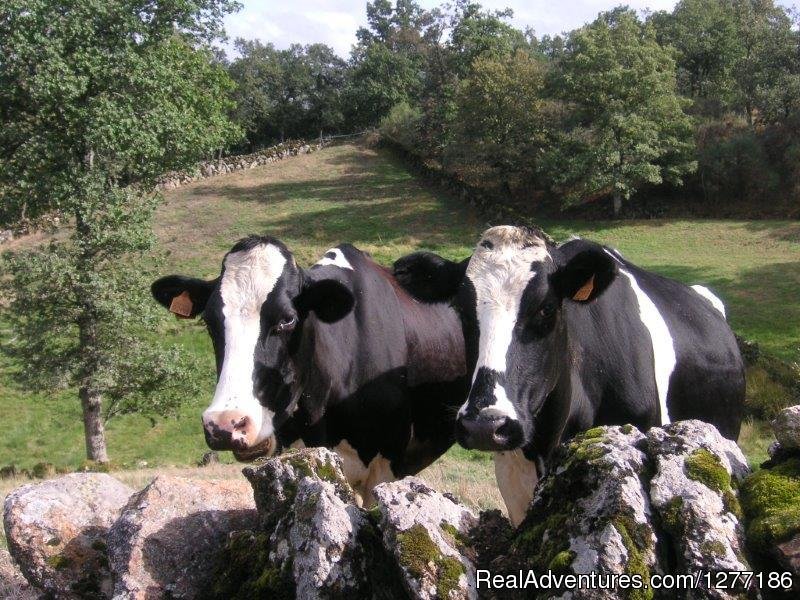 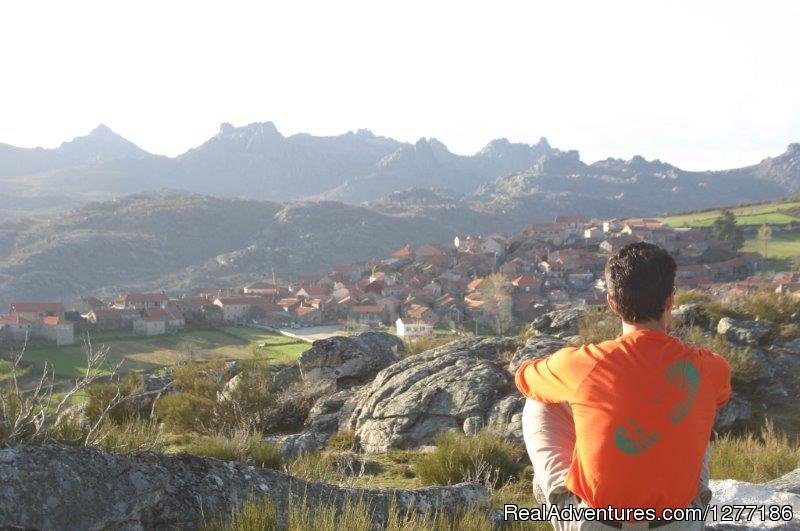 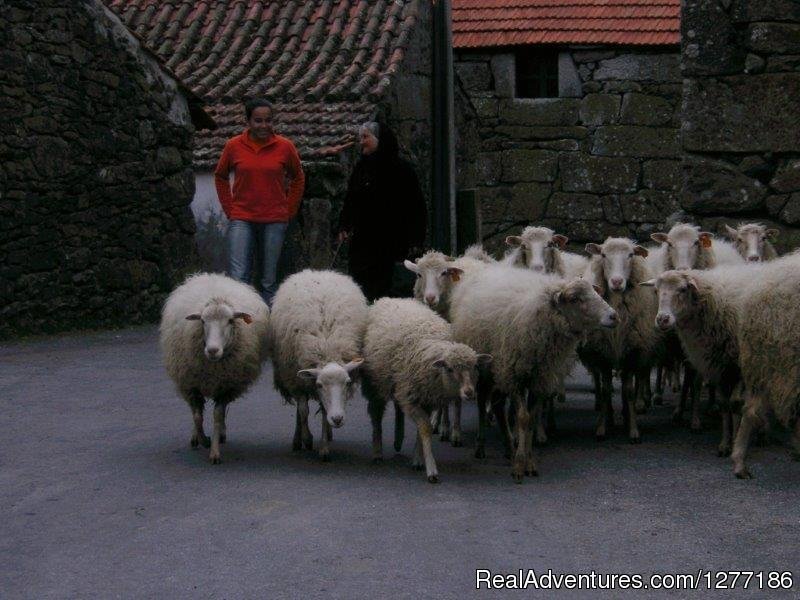 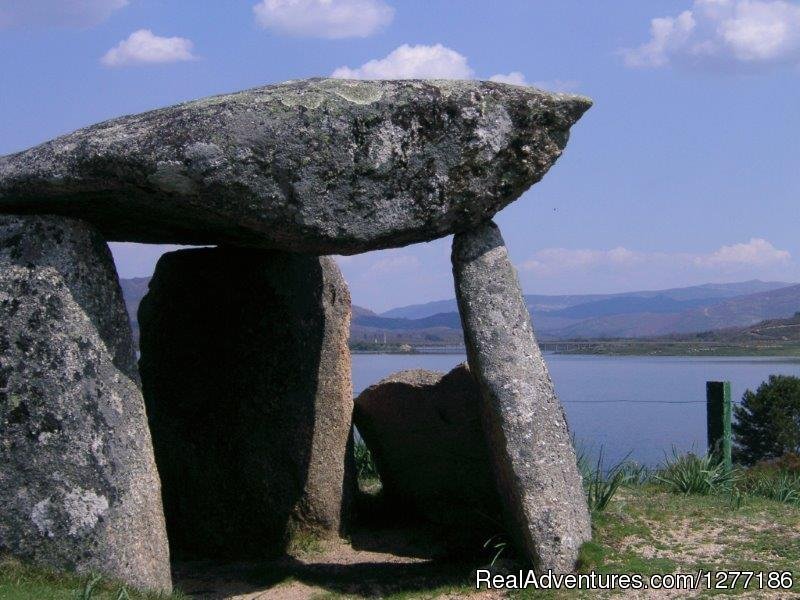 Walk into the wild paradise of Madeira
This is a great hiking tour with a choice of some of the best Madeira trails, discovering stunning scenery of this volcanic island on mountains, cliffs and levadas. The Levadas are an extensive network of paths (small irrigation channels) that is also used for hiking, making the rugged mountainous topography of the island accessible to hikers providing an exhilarating Hiking unique experience! Madeira has been created by volcanic eruptions. Erosion has formed the island by creating bizarre rock formation as well as deep gorges. Madeira is "a vertical island" because wherever you go there's a vertical drop of several hundred meters just beside you. Now it’s your time to explore this Hiking paradise!

Day 1: Arrival - Welcome at Madeira Airport
Our Guide will welcome you at the Airport and drive to Machico. Here is your first accommodation! You might enjoy spending some time in the swimming pool, take a nap and relax with the view.

Day 2: Machico do Ponta de S. Lourenço. Inland Hike Day (7km +500m)
Short transfer (20 min) to Ponta de São Lourenço. The trail follows S. Lourenço Point, the most eastern point of Peninsula of Madeira Island, named after the caravel sailed by João Gonçalves de Zarco, one of the three discoverers of Madeira Island, who, on coming near this piece of land shouted to his ship “São Lourenço, that’s enough!” This peninsula is volcanic in origin, and is mainly made of basalt, although there are also some limestone sediment formations. At the end of the Point there are two islets. The peninsula is classified as a partial natural reserve and the Desembarcadouro Islet is a total natural reserve. All the land and sea by the North coast, up to a depth of 50mts, is part of the European network of important community sites - Natura 2000. Transfer (20 min) back to Machico.

Day 3: Machico to Santana. Levadas Hike Day (17km +450m)
Start walking from your Hotel at Machico and go up to Facho Pico (322m). You will get on a trail along Caniçal Levada for 2km with great views for tiny terraces where island farmers cultivate the fertile Madeira soil. The path then ascends gently to the crest - Boca do Risco where a stunning panorama of the north coast cliffs awaits. From Boca do Risco trail, etched into the cliff face and following more or less the 300m contour, continues along the wildest stretch of coastline till the town of Porto da Cruz. Transfer to Santana (30min)

Day 4: Ilha to Santana. Levadas Hike Day (13km +100m)
Short transfer (20 min) to Queimadas. Beginning in the Queimadas Forestry Park, this walk is ‘out-and-back’, and crosses some spectacularly steep slopes, but it's one of the finest ways of penetrating the deep valley of the São Jorge brook on foot; you’ll need a torch on this walk, for it passes through several tunnels. This trail begins at the Queimadas Forestry Park and winds along the walkway of the levada of Caldeirão Verde at 980 m elevation, in the municipality of Santana. The levada of Caldeirão Verde is an impressive work of art built in the 18th century that begins in the main stream bed of the Caldeirão Verde brook. Passing through steep cliffs and mountains, it carries the water that runs off of the highest mountains of Madeira. This levada is used for agricultural purposes, but it is also an important means of reaching the interior of the deep valley of the São Jorge brook on foot, offering the traveler a vertiginous and spectacular view of the mountainous terrain of the interior of the island and the opportunity to walk through tunnels carved by hand out of the rock. Transfer to Santana (20min)

Day 5: Santana to Encumeada. Levadas Hike Day (14km +600m)
Transfer to Achada do Teixeira (30 min) This energetic ridge walk begins just below Pico Ruivo, the highest summit and heads west, high above steep, wooded slopes to the mountain pass at Encumeada. Marked by frequent climbs and descents, the trail winds along at elevations between 1800 and 1000 meters as it heads towards Encumeada. Extremely beautiful landscapes await travelers as they cross two types of ecosystems, both of which are part of the European Network of Sites of Community Interest - Natura 2000 Network: the Central Mountainous Massif and the Laurisilva Forest. We will walk into the Hotel.

Day 6: Encumeada to Lombo do Mouro. Levadas Hike Day (19km +750m)
We start walking from the Hotel. This walk follows the levadas of Serra and Norte between the elevations of 1000m and 1600m. It offers lovely views of the São Vicente valley, and passes areas of high altitude vegetation as well as Laurissilva forest. Beginning at the regional highway E.R. 110 on the way up to Paul da Serra from Encumeada. This path follows the levadas of Serra and Norte, between the elevations of 1000 and 1600 metres, crossing an excellent area of native high-altitude vegetation, as well as the native Laurisilva forest, an area that is part of the Natura 2000 Network. Along the way, you will encounter magnificent views of the São Vicente Valley, as well as examples of the island’s architecture and heritage, as is the case of a “municipal path”- a section of a public pathway used by the islanders in travelling between the north and south sides of the island - paved with stone; the levada sand tunnels carved out of the rock that were built to carry the water from the north to the south side of the island. The route runs along the levada, although in some places you leave it to follow the stone pathway. When you reach the top of the footpath at Pináculo, you will have a view of the magnificent landscape of the Ribeira Brava Valley in the background and the Central Mountain Range, where the island’s two highest peaks stand out. Walk back to the Hotel.

Day 7: Encumeada to Funchal. Levadas Hike Day (13km +500m)
We start walking from the Hotel. Crossing part of the central mountain massif, this walk crosses the foot of some of the highest peaks on Madeira, and gives a glimpse of Curral das Freiras in its mountain stronghold. This is an old ‘Royal Path’, that was paved and used as one of the main routes across the island by the landed gentry. This trail begins at Encumeada and runs along elevations between 1340 and 940 metres, crossing part of the Central Mountainous Massif along the foot of the highest peaks of the island of Madeira. It is an old “Royal Path” that was paved and served as one of the main routes for the movement of persons on the island. In the landscape that unfolds before you, you will be able to see Curral das Freiras in the valley below. In 1566, this small village surrounded by enormous mountains in the heart of the island became a refuge for nuns from the Santa Clara Convent, who brought with them the treasures of the convent when pirates attacked Funchal. Transfer to Funchal (40min).

Day 8: Departure - Farewell at Madeira Airport
Today is your last day, time pack up the good memories and say goodbye! A transfer will take you to the airport. (20 minutes)

Antonio Gavinho  (View Profile)
Discover, feel and taste Portugal! Hiking or Cycling? Self-Guided or Guided Tour? No matter what you are looking for, Portugal Nature Trails will organize your dream holiday! Check our tours or ask us for a tailor made itinerary!
Portugal Nature Trails is a company targeting the foreign market and set out to be the company with the most outstanding and thrilling hiking and cycling outdoor adventure tours in Portugal.

Active Tourism:
Just let us know your wishes and ideas and we can put them into a personalized travel concept and develop a specific travel plan for your group or clients. As a specialist in nature tours in Portugal it is our strength to show you the highlights of our incredible country. We'll help you creating an experience that your friends, relatives or colleagues will be talking about for years.
On our customized tours we can meet all your accommodation needs, from a camping site to a Historical Palace. We take care of your transportation and book your entire trip including your preferred accommodation and activities.

Corporate:
Looking for someone to arrange your next event? "Caminhos da Natureza" specializes in tailoring corporate days out to our client's needs, budget and interests.
Our aim is to exceed your expectations by designing a simple event into a unique adventure that leaves you feeling invigorated by the success of it.
Your specific aims and objectives are matched to our experience and concepts in a way that enables us to tailor events, programmes and solutions that are appropriate to your industry, company and people.
Each event, accommodation and tour packages are tailor-made for each client. No idea or concept is too big or too small for us, as our passion is to create inspirational and unique events with creativity and a personal touch.
All you need to tell us is when, where, who and what !!!
Our experts, in consultation with you, will design your program to achieve your desired results.

ABOUT PORTUGAL:
Portugal is known by the warmth of its people, by an incredible variety of breathtaking landscapes, historical fortresses, and typical and historical villages. The gastronomy is very rich, with a enormous variety of types of cheese, our famous wines and amazing fresh fish. This experience is something that you will never forget. And the nice weather with sunshine most of the days, even in the winter time. In Portugal Spring time starts in January! 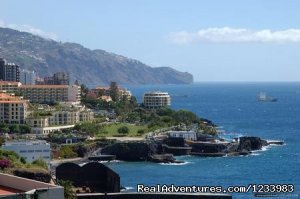 Rent of a seaside lovely holiday flat in Madeira 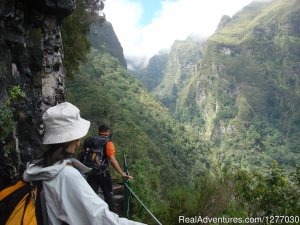 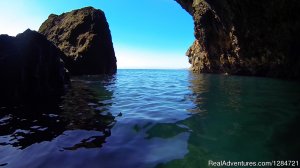 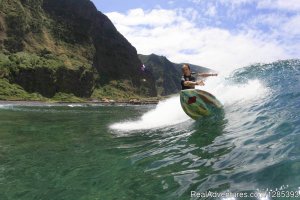 Youth Hostels Funchal, Portugal - 9.2 mi away
From USD $18 per Person