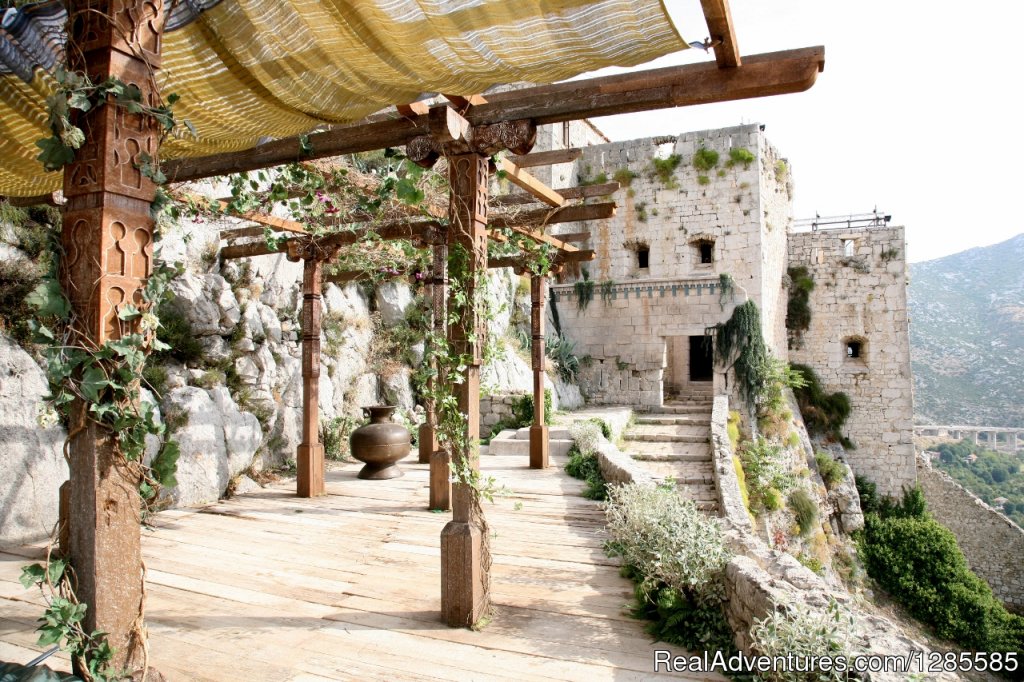 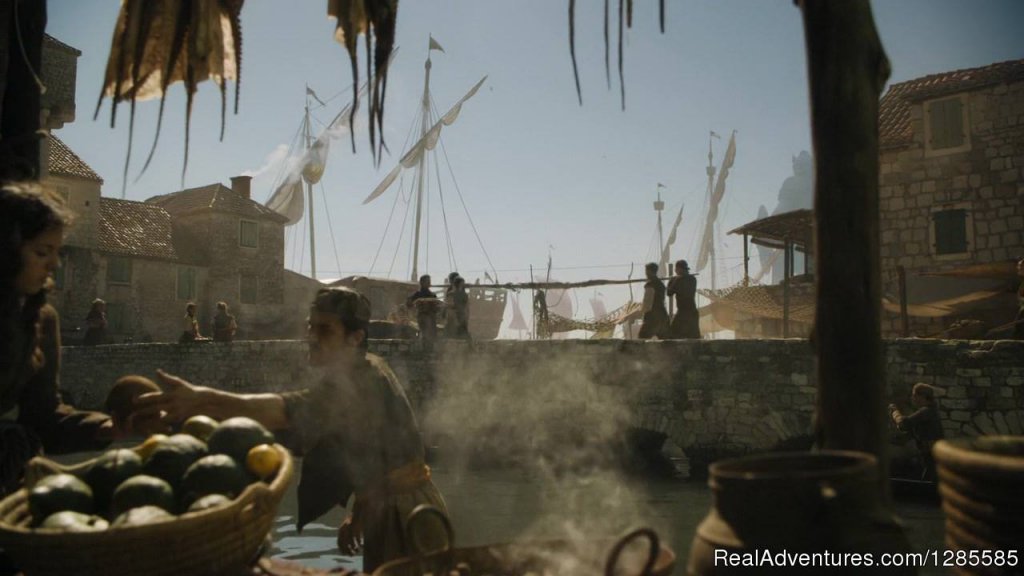 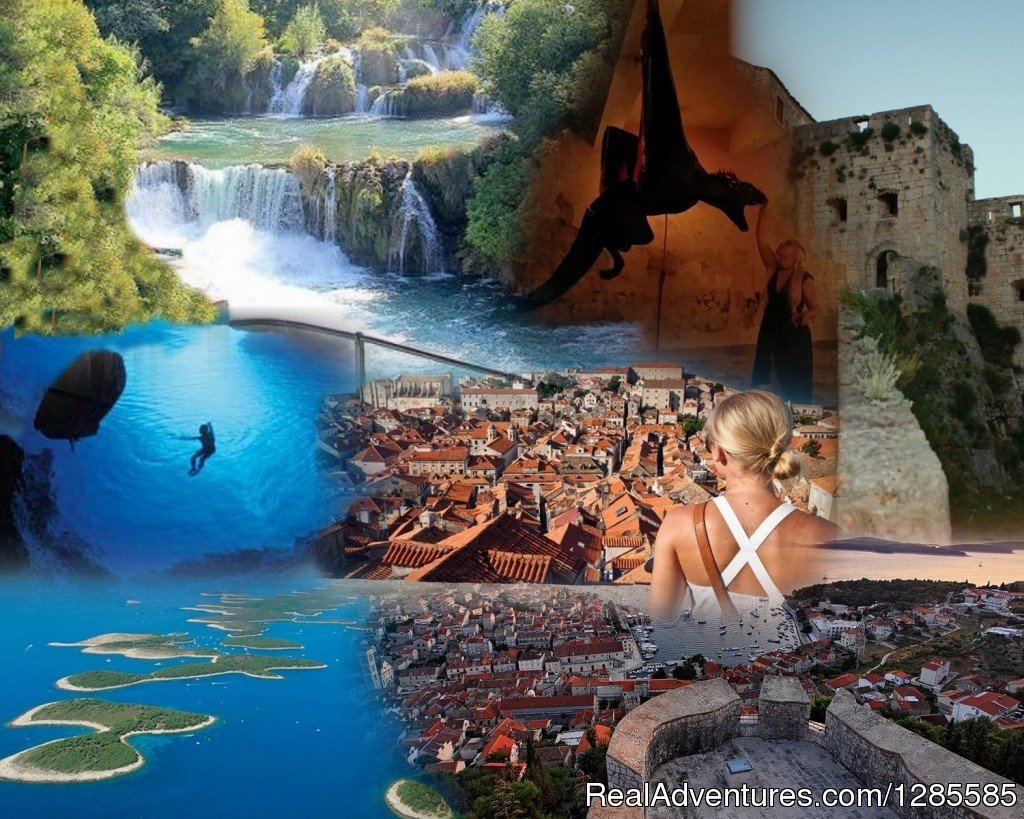 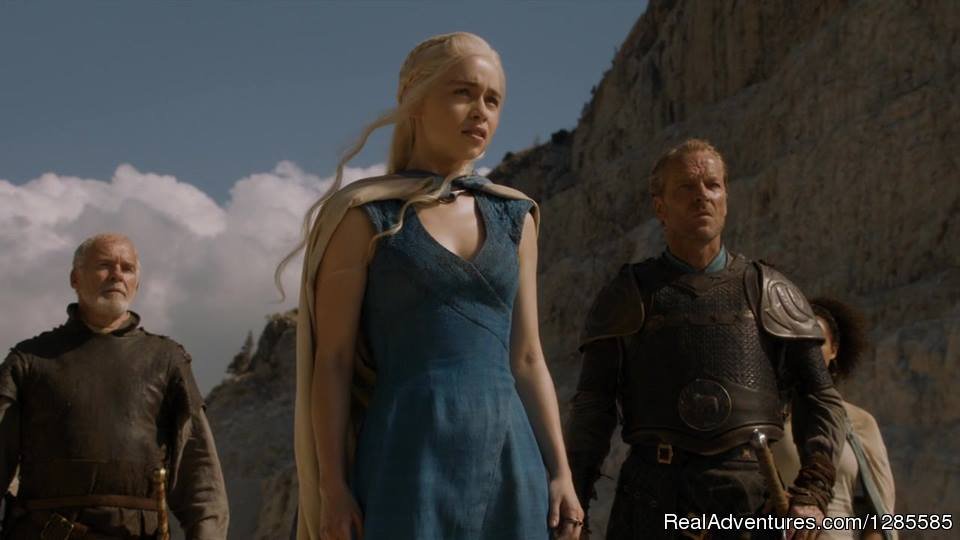 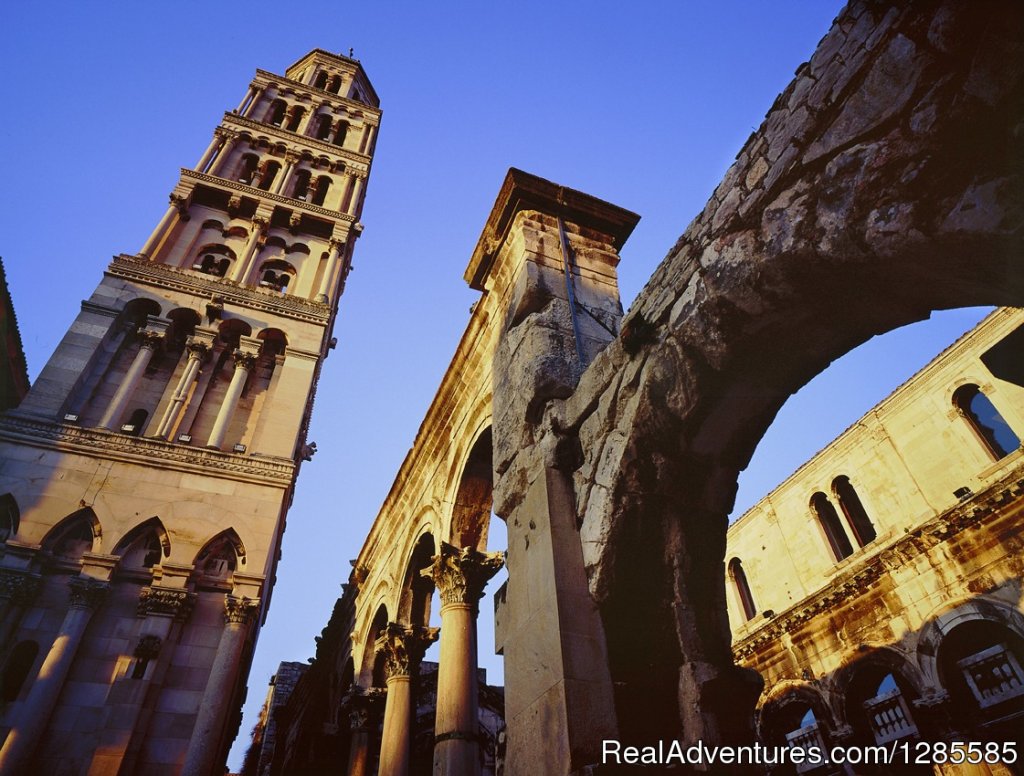 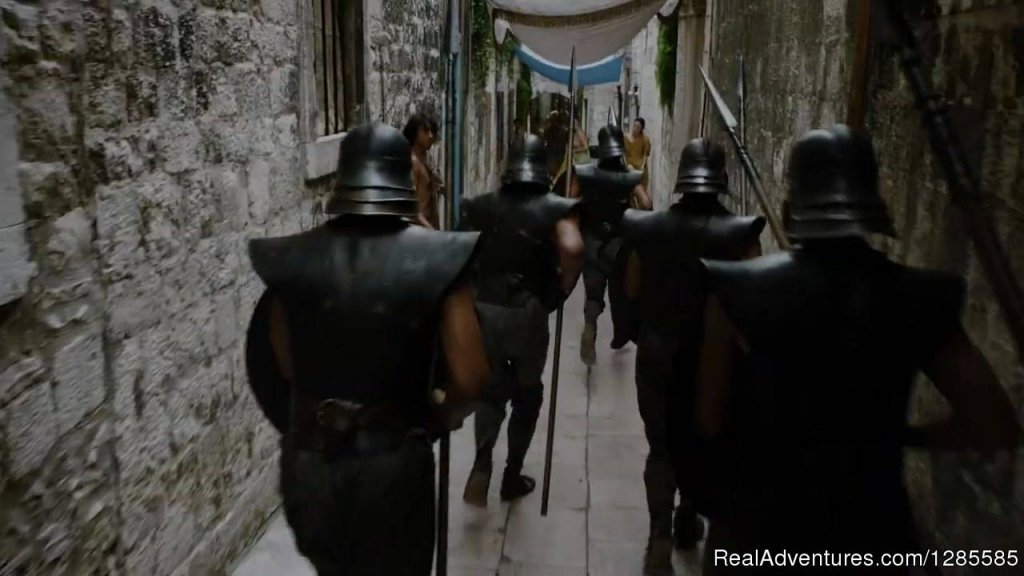 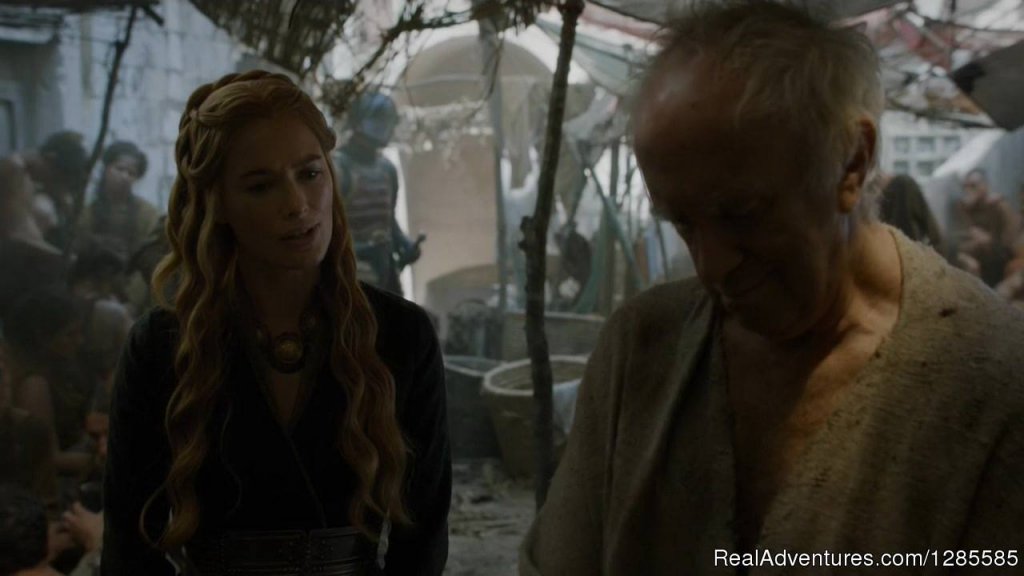 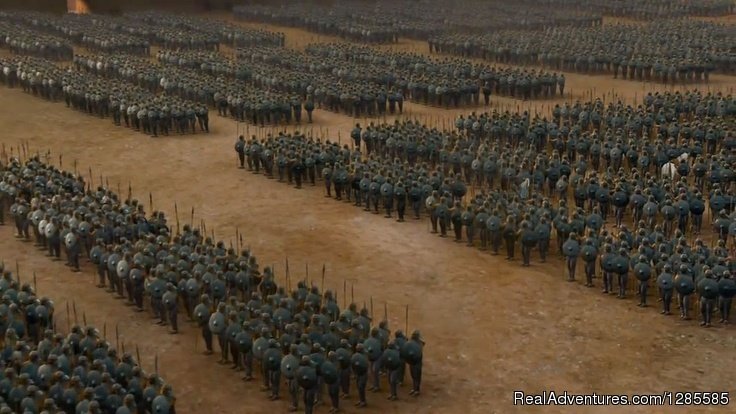 Today, you will leave our everyday world and step into the realm of one of the greatest fantasy epics of all time, as you immerse yourself into the drama and intrigue that is A Game of Thrones. An enthralling experience that will inspire you at every turn and leave you in awe. Others will show you only few, but we will show you ALL filming locations.

Start the tour at Diocletian’s Palace in the very heart of Split, built in the glory of Ancient Rome and feel the blood of the dragon pulse through your veins. The Roman palace was constructed by Emperor Diocletian, it is a UNESCO World Heritage site and has been a high point for world travelers for well over a thousand years, sparking the imagination of its natives, conquerors and guests, much like the cast of Game of Thrones and their crew. Daenerys fought the slave-owner overlords the Mereen and Yunkai with her faithful Unsullied within these very walls, only to return to Westeros as the victorious queen.

Next you will travel to the suburban town of Žrnovnica, once the home to a great number of grain mills, many of which have disappeared since medieval times, but those that survived the test of time have been meticulously restored and are a sight to behold. You will recognize this area as the place where Danaerys’s trusted handmaid and interpreter Missandei had her bathing scene.

Žrnovnica is also a quarry and served as a real-world backdrop for an intense battle in the fourth season of Game of Thrones.

After Žrnovnica, our next stop is Vila Dalmacija, a historic villa located on the coast of Marjan Hill in Split, which was used as a set for Dorne in Season 5.

Going north we will come to the free City of Braavos, in reality the small town of Kaštel Gomilica. In series, Braavos was known as a city of waterways, with many islands, canals and lagoons, so that atmosphere was easily captured here in Croatia.

Your tour ends at Klis Fortress, an ancient stronghold built upon stone cliffs atop of the City of Split, a structure that has been the epicenter to some of Croatia’s most legendary struggles throughout history. In recent years, Klis Fortress has found a new role: as the perfect filming location for Danaerys’s stronghold. Once you are there, looking down upon the scenery from the top of the hill, you will feel the sheer power of the mighty Targaryens. Here you will enjoy the traditional Croatian culinary delight of peka, a dish grilled under the bell, fresh, home made bread, local wines and water, and you will enjoy all of this in an actual Game of Thrones ambient, under the torchlight, on an open stage at the top of the fortress, with a breathtaking view of the Dalmatian Metropolis, Split. 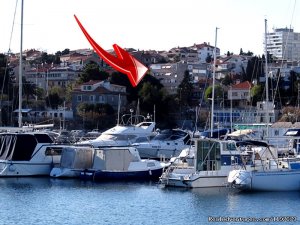 Sunny apartment with sea views close to the sandy 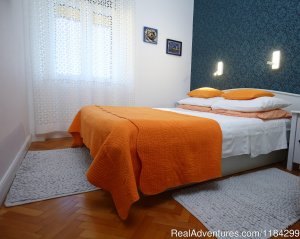 A lovely apartment Marmont in heart of town Split

Vacation Rentals Split, Croatia - 0.8 mi away
From USD $47 per Night 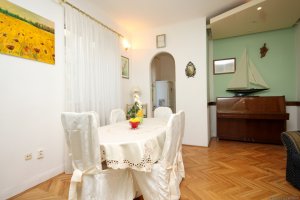 Vacation Rentals Split, Croatia - 1.4 mi away
From USD $83 per Night 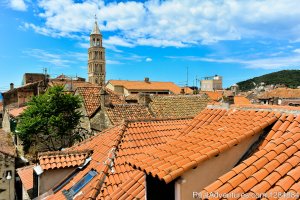 Vacation Rentals Split, Croatia - 1.0 mi away
From USD $11 per Night 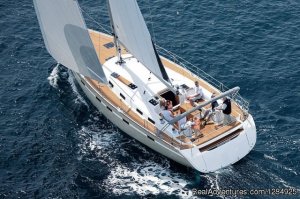 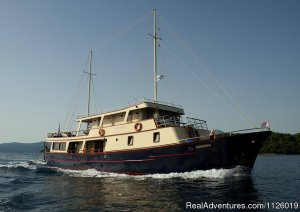 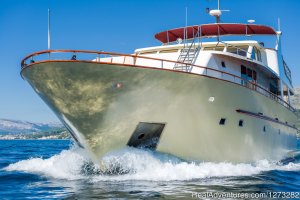 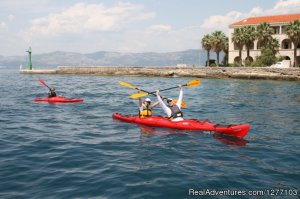 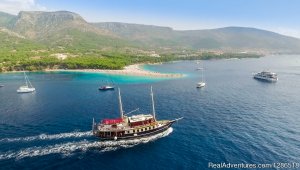 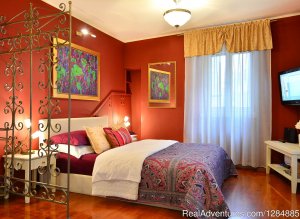 Vacation Rentals Split, Croatia - 0.8 mi away
From USD $56 per Night 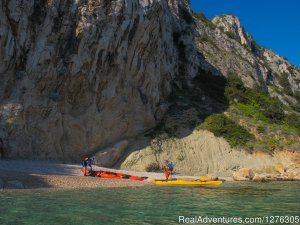 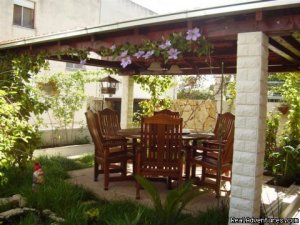