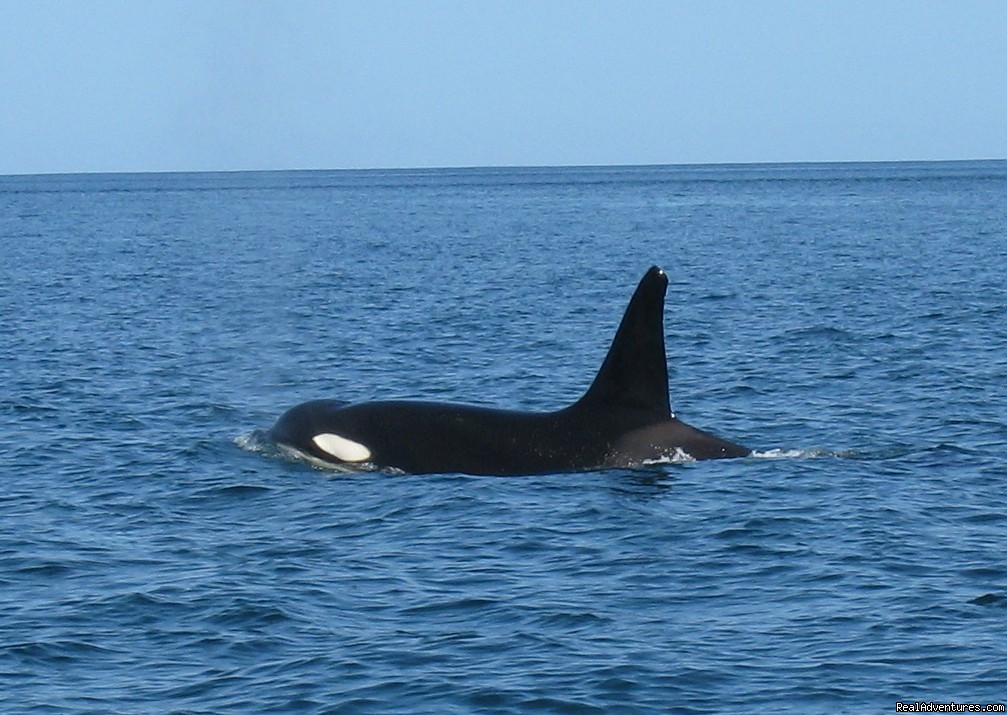 Orca in Costa Rica (#1/17)
One of three orcas sighted this day and fourteen more were sighted on Dec 24th, 2012 with Bill Beard 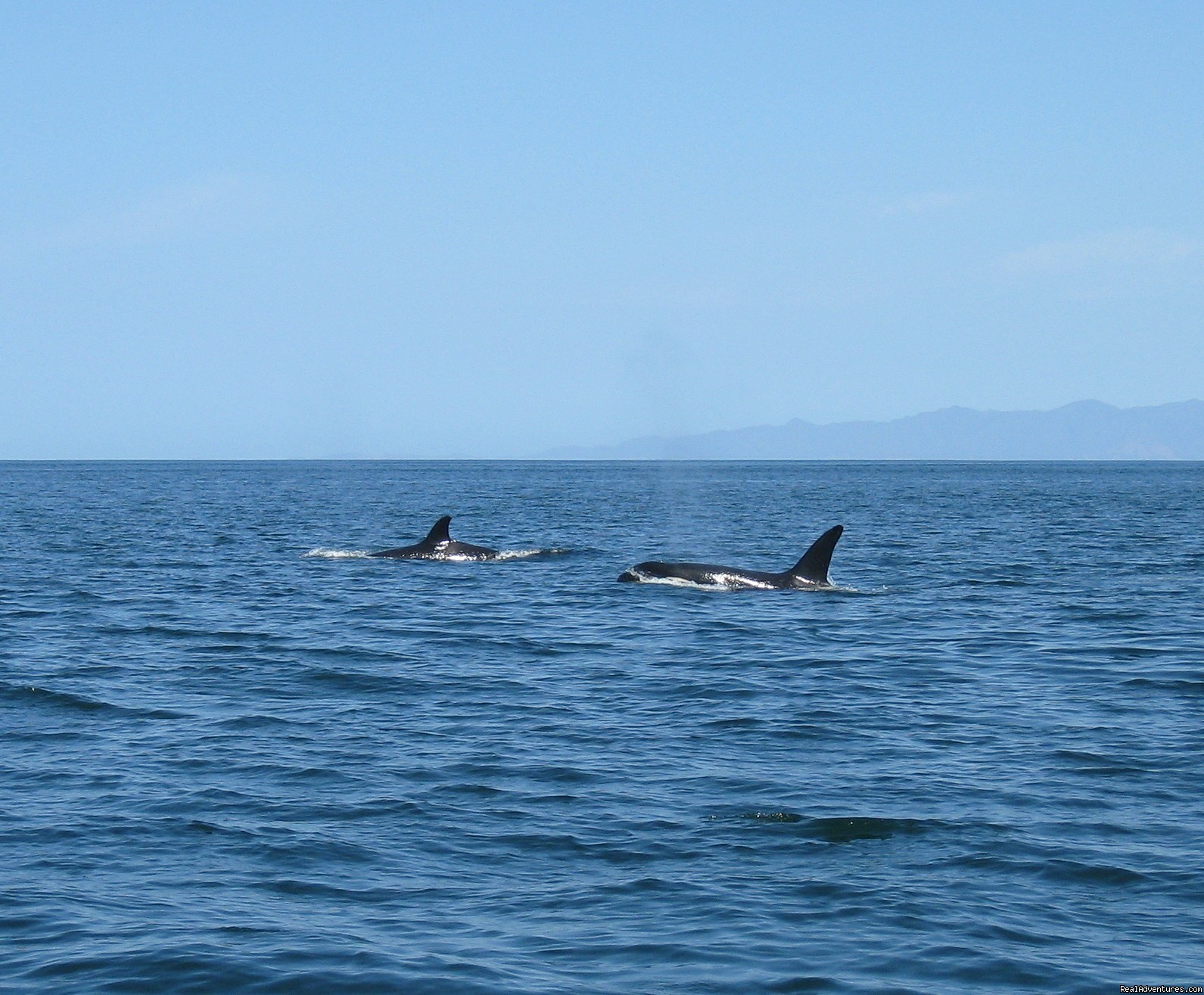 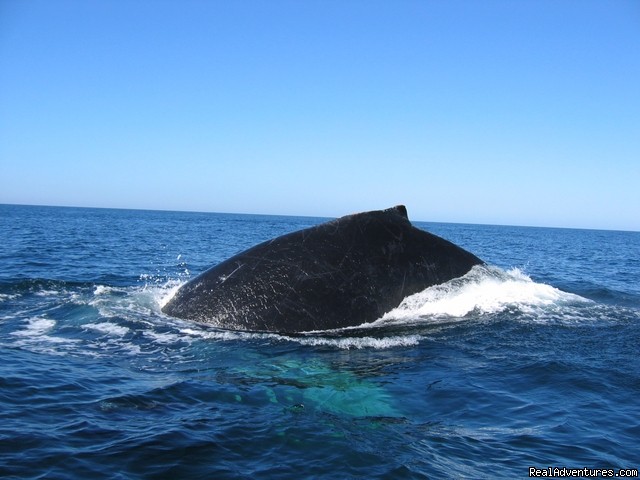 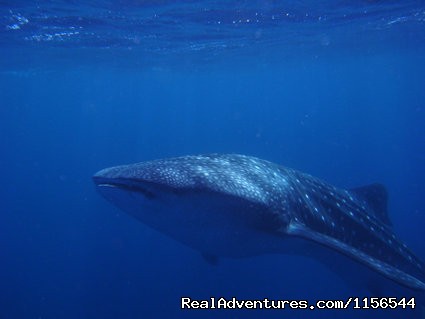 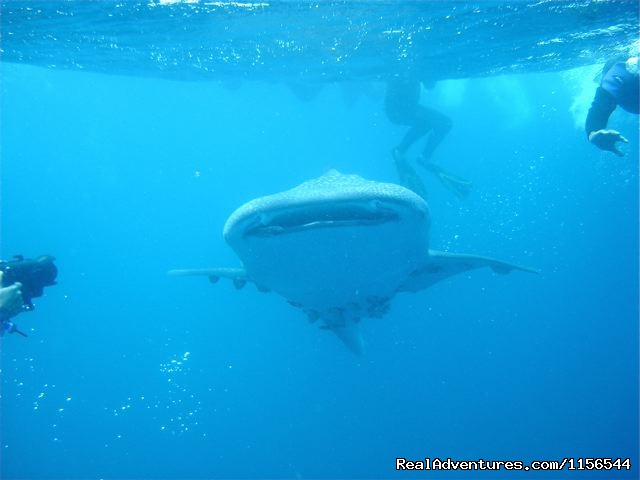 Whale Shark In Gulf Of Papagayo Costa Rica (#5/17)
Whale sharks have been sighted in the Gulf on every dive site, every month of the year 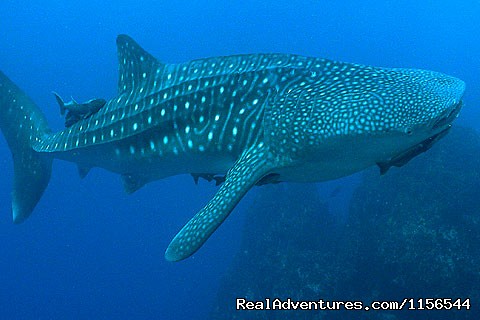 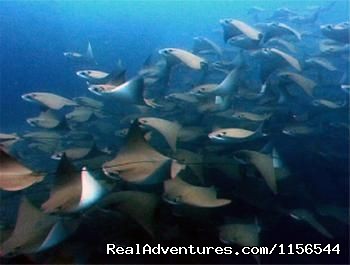 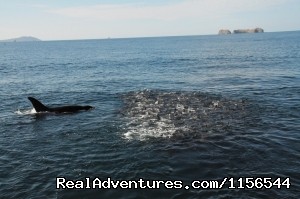 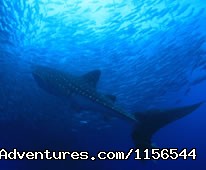 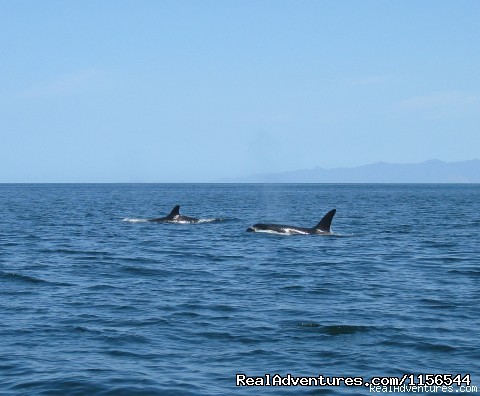 Orcas in Gulf Of Papagayo, Costa Rica (#13/17)
Orcas on the prowl for food 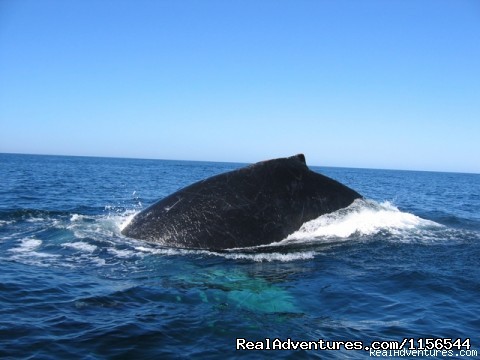 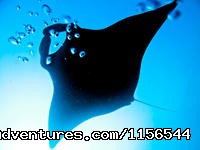 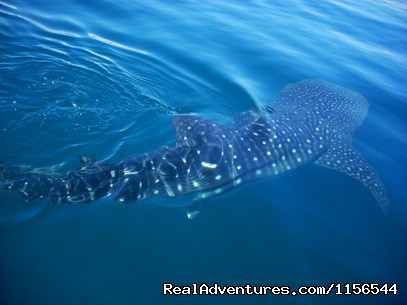 Whale Shark (#16/17)
Whale sharks are often sighted from the dive boat, usually on the surface interval 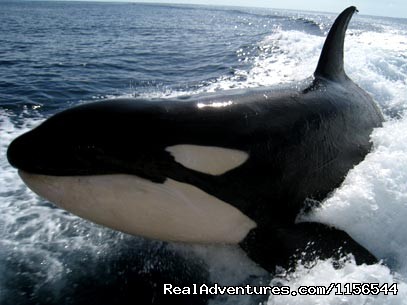 Orca In Wake Of Boat (#17/17)
No this is not Water World. This Orca came up in the wake of the boat while underway. Highly unusual

Starting at:
USD $110 per night
Sound like the place for you?Book Now
Orcas and humpback whales have been sighted in increasing numbers in 2012 - 2013. We have sighted, documented and photographed seventeen orcas and ten humpbacks already this month. Call Bill Beard's For Information & Reservations
By Bill Beard
Special Up-Date
Diving in 2012 was excellent and so far in 2013 it's great
Bat island: about 20 m (60 FT) viz, about 20 giant mantas and more than 50 spotted eagle rays.
On top of that not 1, not 2, but 3 whale sharks!!!
Local dive to pt Argentina: Another Whale shark. :)
It's WHALE SHARK SEASON!!!!!!!!!

Dear Traveler,
There are few places in the world that can offer the rich diversity provided by Costa Rica. Where else can you find tropical rain forests, active volcanoes, jungle lined rivers, white sandy beaches and scuba diving all in one province?

GENERAL COSTA RICA SCUBA DIVING INFORMATION:The best year-round land-based diving in Costa Rica is available on the Northwest Pacific Coast in the Gulf of Papagayo and the Catalina Islands, but there is also diving available in the Central Pacific and South Pacific regions. Snorkeling is good along the Southern Atlantic/Caribbean coast of Costa Rica, and a couple of dive operators are located there, but with limited capacity and availability.

Average visibility ranges from 30 ft. to 50 ft. with possibilities of up to 80 ft. Diving is done around volcanic rock formations and rock pinnacles. There is very little hard coral, but there is some black coral, soft coral and orange cup coral that opens up at night. There is an abundance of life among the rocks which can be seen on both day and night dives.

Night dives are consistently a favorite in the Gulf of Papagayo (not offered in the Catalina/Flamingo area). You will begin the dive with a relaxing ride during which you will experience a sunset unlike any other. The dive itself offers you the chance to explore the micro life, along with very large puffer fish, nudibranchs, gigantic slumbering parrot fish, lobster, tube worms and sea horses. In addition to the marine life we take the opportunity to extinguish our lights and play by the light of the phosphorous, which can create quite a light show. The cup coral, open at night is stupendous.

Some additional information you might find useful.
Water temperature from mid-May to mid-December is generally from 75°-78° at depth and a polartec or 3MM suit are usually sufficient. From mid-December to mid-April, water temperatures vary from day to day, with thermoclines causing temperatures to dip to 70° at depth so you will want to bring a full 3MM suit during this period (5 MM if you are easily chilled). The outside temperature at the beaches is 85° to 90° year round. The rainy season runs from May to November, with these months providing some of our best diving.

Because of its compact geography, everyone in Costa Rica is presented with a cornucopia of choices. The biggest challenge in Costa Rica is trying to decide which combination is best for your vacation. This is where Bill Beard's Costa Rica Adventure Travel comes in. We have been in Costa Rica since 1970 and know the country well enabling us to provide our clients with the best that Costa Rica has to offer.

Our goal is to help you share in the wonders of nature and enjoy every minute of your vacation. Our commitment to quality and personalized service is unsurpassed.

All of our Bill Beard's Choice Tour packages are privately escorted in a modern, air-conditioned vehicle by one of our English speaking, Costa Rican naturalist guides traveling at your pace.

Invariably, when we ask our clients what one thing stands out most about their vacation, the reply is "the guide." Guides take the hassle out of travel. They provide education, insight into the host culture, and in many cases a lifetime friendship.

COME TO COSTA RICA FOR THE NATURAL BEAUTY...STAY FOR THE ADVENTURE. For information & reservations contact Bill Beard's Costa Rica

Bill Beard is the true pioneer of scuba diving in Costa Rica. On his first trip to Costa Rica, there were no scuba tanks in the country. In 1970, Bill brought tanks with him on his next trip, got them filled at Miller Gas, and started diving in Costa Rica from dug out canoes. He was the first working instructor and had the first professional dive shop in the country located in San Jose. Bill has been in Costa Rica for 43 years and is still operating scuba diving, tree top canopy, river rafting, canyoning, atv, horseback riding, rainforest, volcanoes, hot springs and much much more

Bill Beard  (View Profile)
Bill Beard is the true pioneer of scuba diving in Costa Rica. On his first trip to Costa Rica, there were no scuba tanks in the country. In 1970, Bill brought tanks with him on his next trip, got them filled at Miller Gas, and started diving in Costa Rica from dug out canoes. He was the first working instructor and had the first professional dive shop in the country located in San Jose. Bill is a Platinum Pro 5000 Diver and has been elected to the International Legends Of Diving Hall Of Fame..