Crocodiles On The Tarcoles River With Bill Beard's 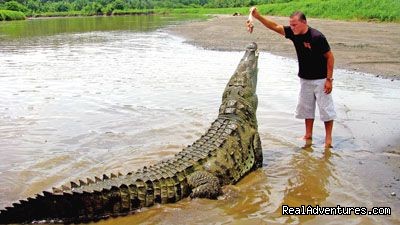 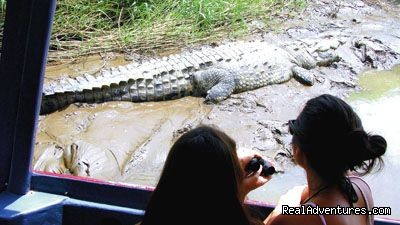 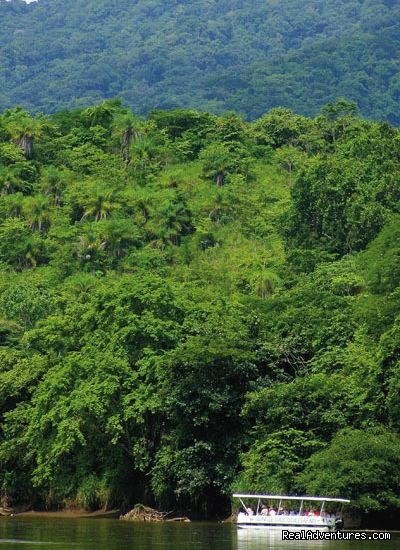 The Tarcoles River Fauna (#3/10)
The area around the Tarcoles is beautiful, green and lush 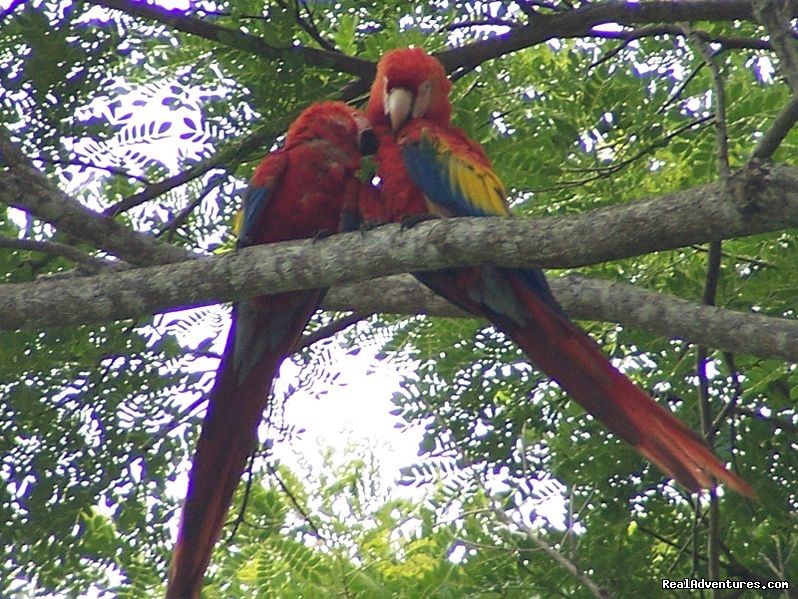 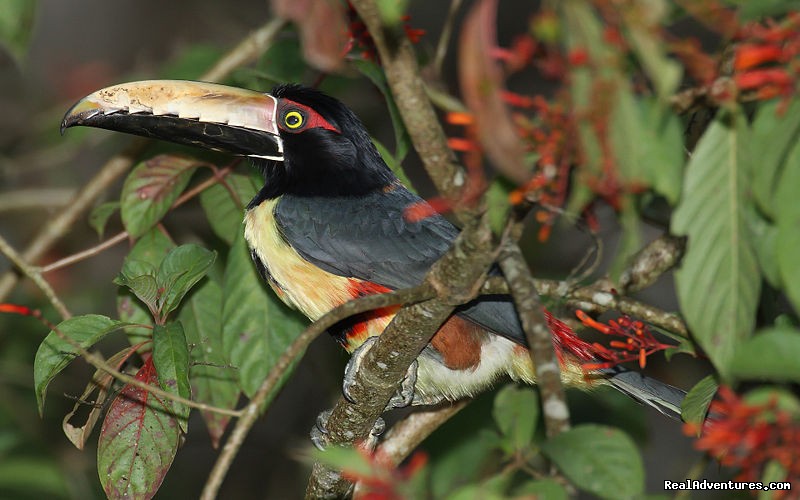 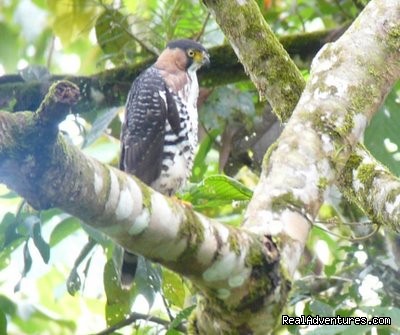 Crocodiles On The Tarcoles River With Bill Beard's (#6/10) 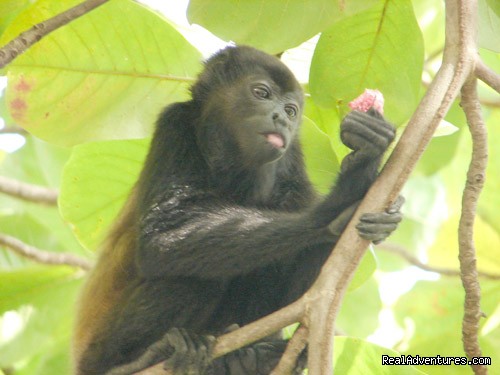 Crocodiles On The Tarcoles River With Bill Beard's (#7/10) 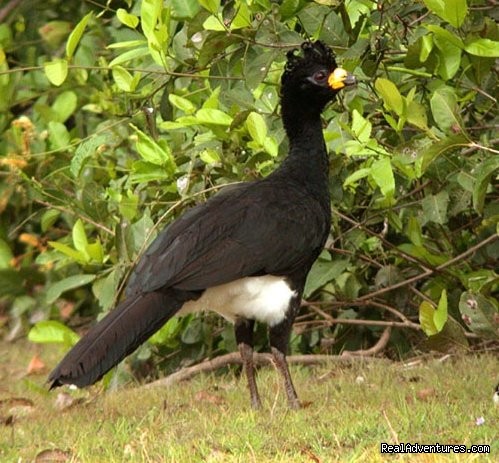 Crocodiles On The Tarcoles River With Bill Beard's (#8/10) 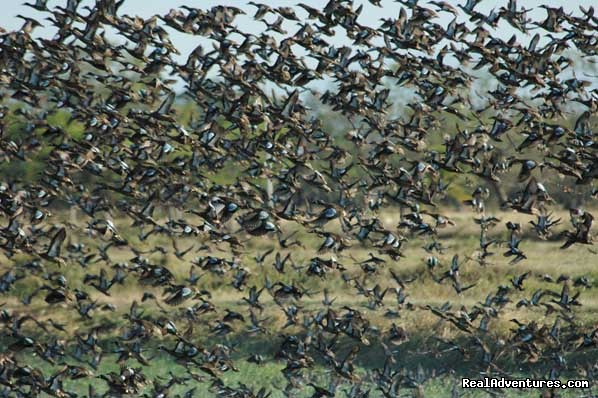 Crocodiles On The Tarcoles River With Bill Beard's (#9/10) 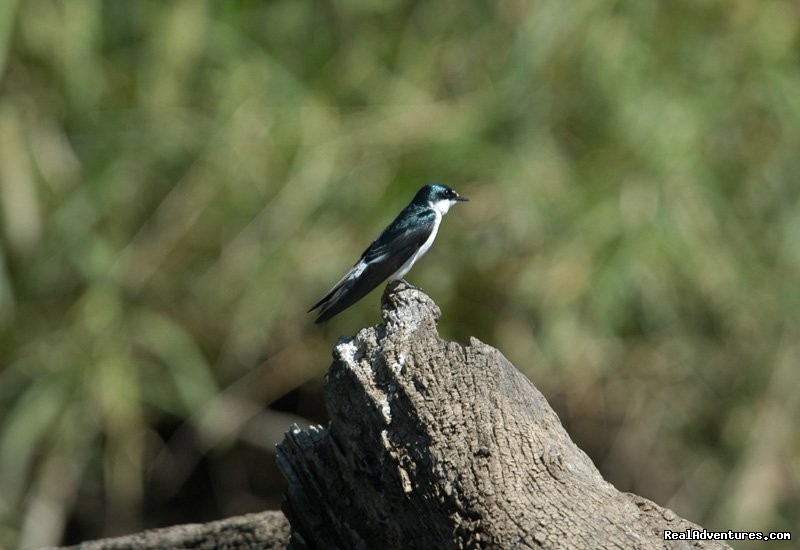 Crocodiles On The Tarcoles River With Bill Beard's (#10/10)

The Crocodile Man Tour on the Tarcoles River is now world famous due to all the publicity it has received in the past few years.

The river passes through the Carara National Park into the Pacific Ocean and is also a bird watchers paradise, particularly for the Scarlet Macaws & toucans.

Our accommodations are at Villas Lapas that is next to Carara and has it's own 500 acre private reserve.

But we are here for the crocodile tour. As his boat quietly approaches the muddy shoreline, Jason Vargas begins looking for a crocodile ,a big crocodile.

A grin soon lets the others on board know he has found his prize. As he steps off the boat and sinks his bare feet in the mud a six-meter crocodile (almost 20 feet long) quickly eases up, right to where he is standing.

This is just a typical day for Mr Vargas, who for the last seven years has lead a crocodile feeding tour along the Tarcoles River, Costa Rica's longest waterway, measuring about 100 kilometers (62 miles) long.

With a job such as this come risks and Mr Vargas is not shy about showing the scars all over his body from his numerous encounters with crocs, as well as bulls.
That was a close one,he said while pointing to a scar near his groin.The croc planted his tooth right here.

His show called the Crocodile Man Tour attracts about 200 people from all over the world on a weekly basis during the high season months.

This local Crocodile Dundee uses about 15 different crocodiles for his feedings, all ranging from four meters (about 13 feet) all the way up to six meters (almost 20 feet).

Since I work on a daily basis with the crocodiles I can more less distinguish their personalities,ť Mr Vargas said. I never take my eyes away from their eyes when I feed them.

Not necessarily about taking precautions but about precision and courage.

With personalities come names such as Monica Lewinsky, Fidel, and George Bush, just to name a few.

We name them according to the territory. Monica, for example, could be among 100 other crocs and I can tell her apart,ť he added. We have a chance with our line of work to get acquainted with them. There are crocs that have been here for 60 even 70 years.

These reptiles can swim up to 45 kilometers (about 28 miles) per hour; however in shorter distances, Mr Vargas said, they can swim faster than that.

The best research is to be here with them,said the 30-year-old croc aficionado. I've also had the opportunity to talk with the best scientists and biologists from around the world. I've shared my knowledge with them as well as they have shared theirs with me.

A recent study carried out by the Universidad Nacional Autnoma (UNA) of Costa Rica and scientists from the National Geographic Society, cited violent fights over females as the main cause of blindness in many of Costa Rica's male crocodiles.

On site research was carried out at the Tarcoles River, which flows into the Pacific and is the second most contaminated river in Latin America. The research consisted of taking blood samples, tail scales, and eye tissue from the reptiles, in addition to water samples from the river.

Mr Vargas, who assisted biologists in this study by helping them locate, capture and weigh the subjects, said he knew the cause even before the study took place.

They thought it was the pollution in the river causing their blindness, but I told them it was the territorial fights over females during their mating season, said Mr Vargas, who grew up playing around the mangrove swamps in Tarcoles.

During the fights two or more male crocodiles attack the head and tail of their adversary with their teeth in an attempt to court a nearby female.

There are too many crocs here, added Mr Vargas, who said he knows this river like the back of his hand. There are approximately 25 crocodiles by each square kilometer along this river.

Regardless of job offers from companies such as the Discovery Channel, Mr Vargas said he does not have plans to leave the Tarcoles area.

I would have had to travel and leave my friends and family behind, he said. I consider this my passion. I couldn't see myself doing anything else, anywhere else.

Mr Vargas' first crocodile encounter took place about ten years ago, when another National Geographic team visited the Tarcoles area for a documentary.

My adrenaline was in full force,said Mr Vargas, who hand fed the animal in front of cameras. It was very exciting.

About a year ago though, Mr Vargas had a close call with a five-meter-20-cm (about 17 feet) long croc nicknamed Osama, which bit his hand after he tried to feed him and would not let go.

In that moment, I asked God for forgiveness because I thought that was it for me,said Mr Vargas, who said he fought the croc for approximately three minutes in the water. I was in full survival mode. I asked people for help. I was exhausted.

The attack forced Mr Vargas to take three months off for physical therapy, but that did not faze him from his passion.

Mr Vargas has continued working by leading five daily tours six days a week where he explains in detail the wildlife living along the river, in addition to his knowledge on crocodiles.

I respect (crocs) a great deal, Mr Vargas said. I've seen them kill cows and birds and anything in their path. They have an immense amount of power with their heads.

According to Mr Vargas, a negative factor concerning crocodiles in Costa Rica are the four to five people dying every year from their attacks.

For me, it's like a blessing having crocodiles here. If we didn't have crocodiles we would have to travel to Australia or Africa to see these creatures

Bill Beard  (View Profile)
Bill Beard is the true pioneer of scuba diving in Costa Rica. On his first trip to Costa Rica, there were no scuba tanks in the country. In 1970, Bill brought tanks with him on his next trip, got them filled at Miller Gas, and started diving in Costa Rica from dug out canoes. He was the first working instructor and had the first professional dive shop in the country located in San Jose. Bill is a Platinum Pro 5000 Diver and has been elected to the International Legends Of Diving Hall Of Fame..