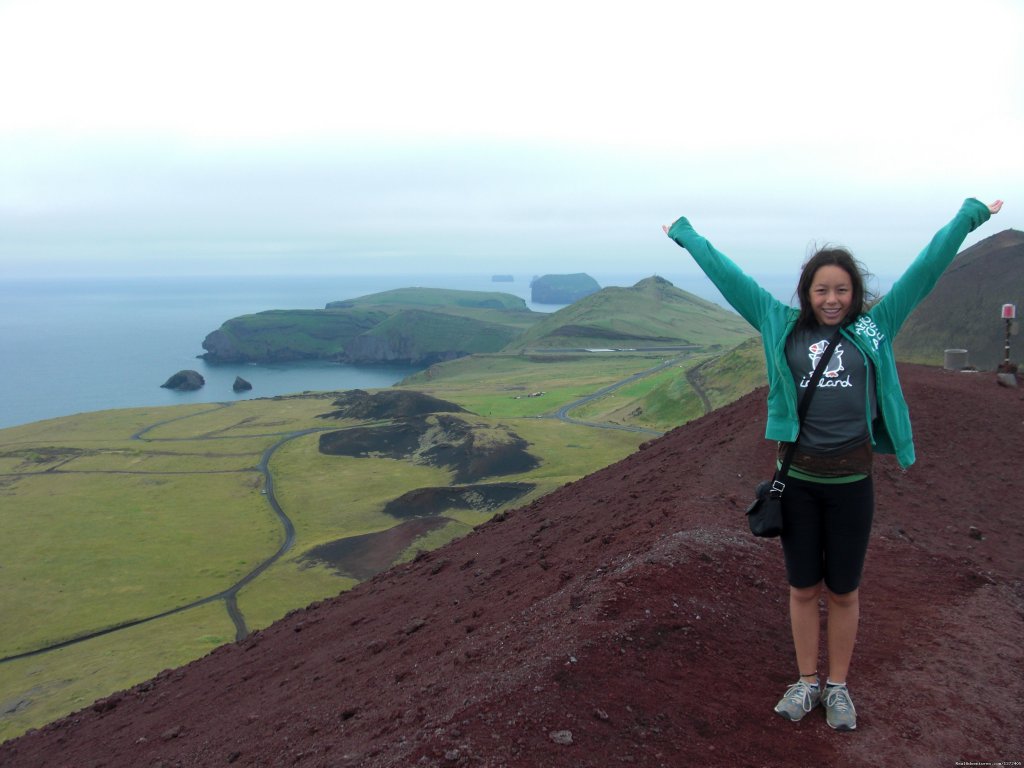 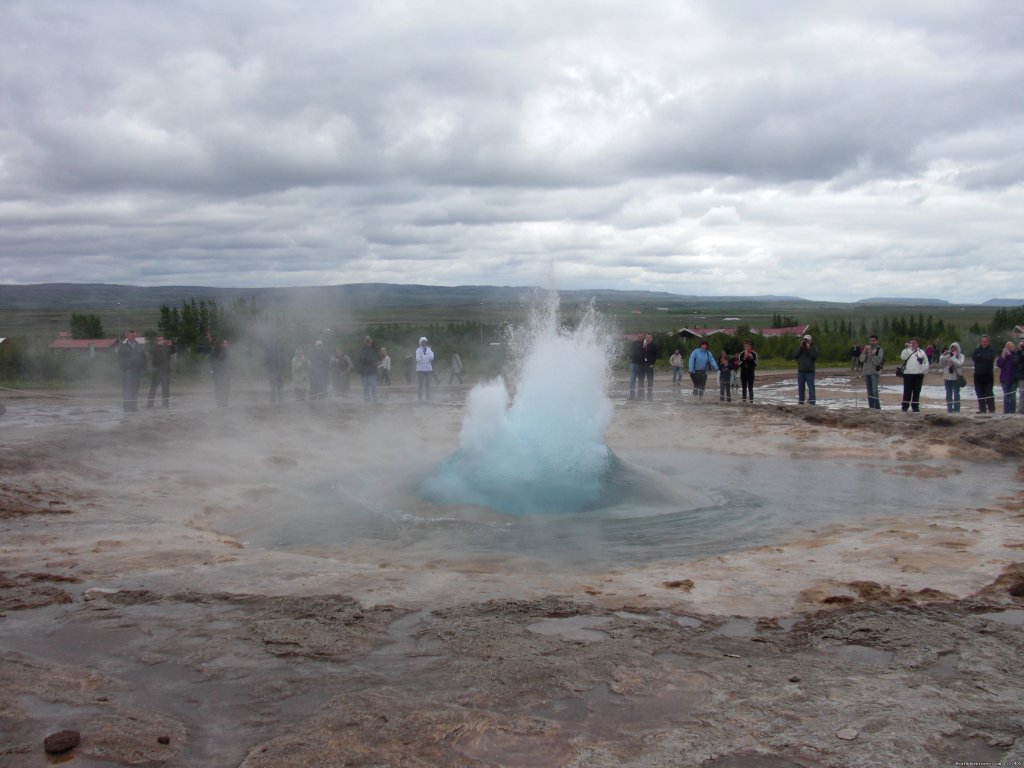 Geysir - The grandfather of all geysers (#2/4)
The Great Geyser is an overwhelming sight. This landmark of Iceland is a spectacular natural phenome 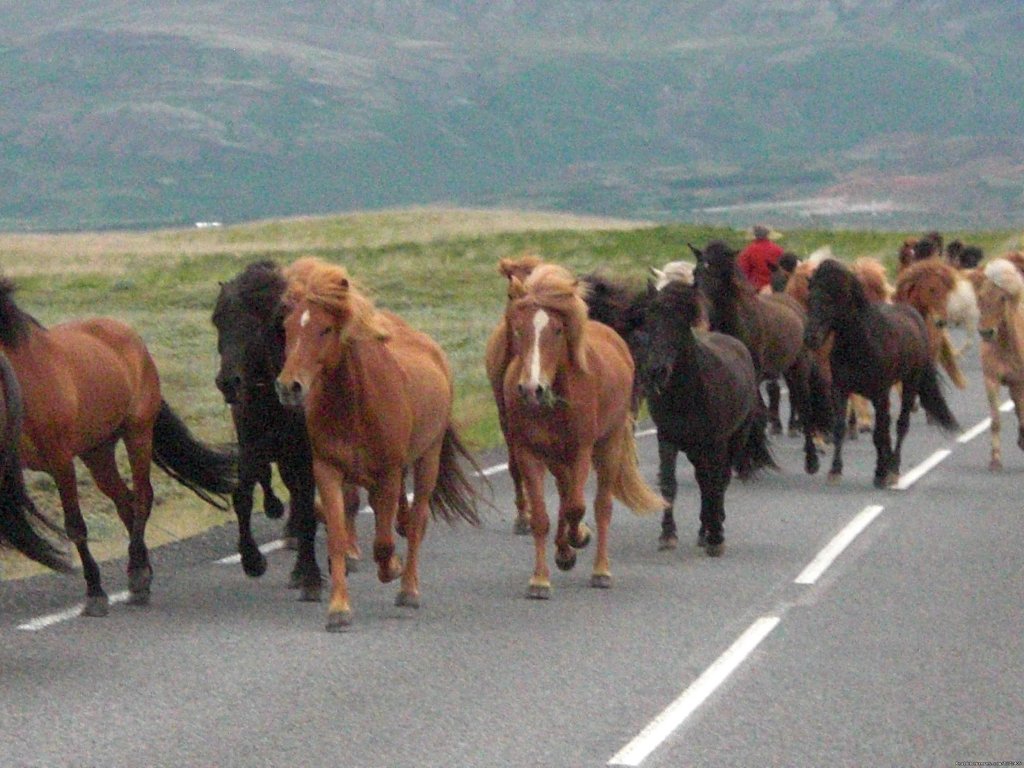 Icelandic Horses (#3/4)
There are over 75,000 horses in Iceland - Impressive considering that the population of Iceland is j 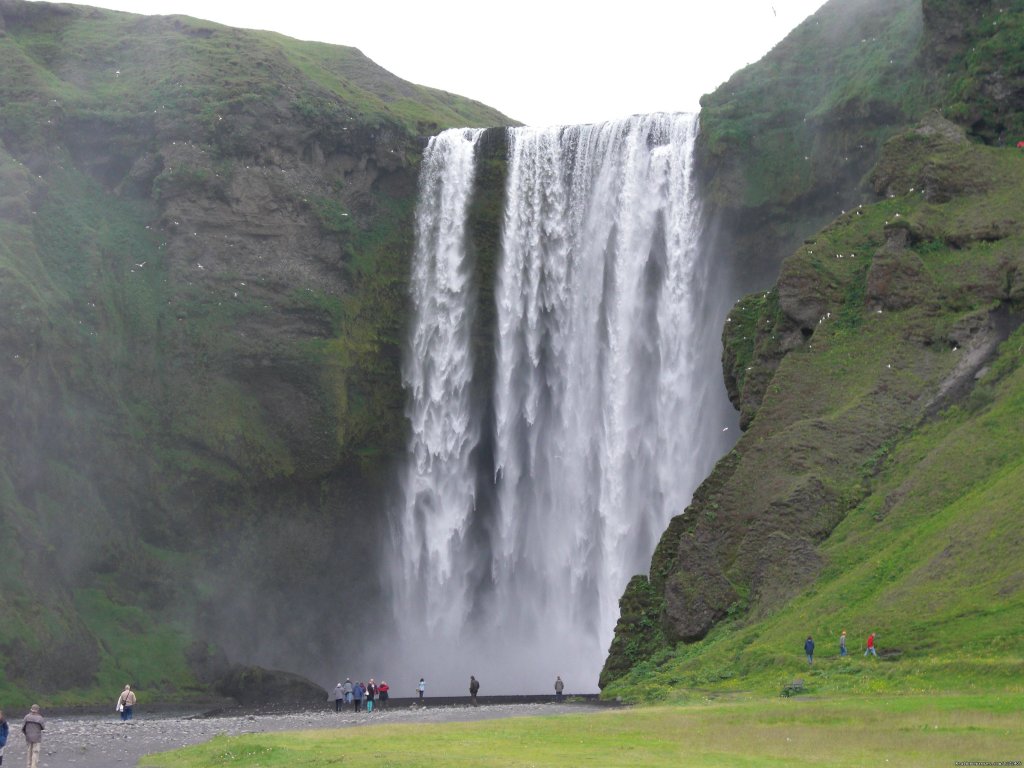 Sk (#4/4)
This stunning waterfall can easily be viewed from above or below. Nearby a museum of folk history an
Previous
Next
Cycling South Iceland - Freewheeling Adventures Akranes, Iceland
Expect healthy, delicious meals, and inns or hotels of unusual charm and comfort. Many of these tours are suitable for all abilities, thanks to attentive guides, small groups, and the reassurance of van support.

Iceland is awe-inspiring. The landscape, so newly formed, refreshingly pristine, and geologically active, defies portrayal with words and pictures, although it will inspire you to try! Steam rises from hot pools on volcanic mountainsides, and glacier-fed waterfalls tumble down to the lush lands below. We have combined the best scenery with the least used roads, and the most comfortable hotels. We provide abundant vehicle support, while you ride the wide open spaces, breathing clear air warmed by the Gulf Stream, and bathing in water heated by the earth. When the road beckons in front of you, and the sun illuminates the rivers, pastures, and icecaps all around, you will be moved by the sheer magnificence of your surroundings. You may ponder, as you gaze into the Mid-Atlantic Rift, or soak in your hotpot beneath the midnight sun, the humbling power of the dynamic earth.

The cycling begins in Hverager�i, not far from Reykjavik. You will ride around the lake of �ingvallvatn to the ancient parliament at �ingvellir, then to Geysir and the impressive waterfall at Gullfoss. Skirting the mountains on fairly level roads at their base, you will cross the fertile Biskupstungur ('Fields between Rivers') to the lava fields below Mount Hekla, and riding under the M�rdalsj�kull Glacier between Hvollsvollur and Vik before taking a ferry to the spectacular Westman Islands for a final afternoon of exploration on foot, or exploring the magical nature reserve at ��rsm�rk � 'Thor's Playground'. You will rest in a charming combination of small inns, Scandinavian-style guesthouses, and comfortable hotels. You will be able to ride to your heart's content. Bring your sense of wonder and adventure!

If you want to travel with van support and cheerful, caring guides, and have most of your meals included, a guided trip is the best choice for you. Your luggage is carried for you, and on most days, the guide(s) will pass you in the support vehicle frequently to offer you snacks, drinks, and opportunities to catch a lift. The groups usually congregate for picnic lunches and special affairs, but otherwise tend to spread out along the route during the day, each rider choosing his or her own pace. Because you will be sharing your holiday with other adventurers likely to have a few things in common with you, your evening dinners become enriched by shared stories and entertainment, and you may make friends who will share your future adventure plans.

Accommodations are high-end, well appointed inns, resorts, or hotels. We ensure that you will have a private bath, and aim to find the most unique, accommodating, comfortable accommodations available.

We provide excellent nutrition for hungry adventurers. Breakfasts are always included. On self-guided trips, we provide the information you need to make good lunch and dinner choices. On guided trips most lunches and dinners are included. We prepare picnics for you along the route, we provide healthy snacks for between meals, and we dine at the best restaurants we know, making exceptions only when the freedom to explore is the most appropriate option. We ask you for information about your dietary restrictions and preferences before you arrive. Vegetarians, seafood lovers, children, and discriminating palates can usually be well accommodated. If you have specific dietary needs, such as kosher or very restrictive diets, please ask before booking. 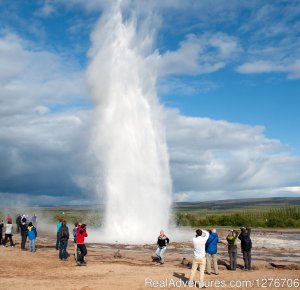 Room close to down town Reykjavik next to the sea

Vacation Rentals Reykjavik, Iceland - 13.3 mi away
From USD $85 per Night

Youth Hostels Keflavik, Iceland - 25.8 mi away
From USD $26 per Person 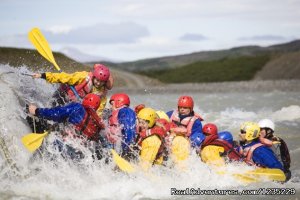 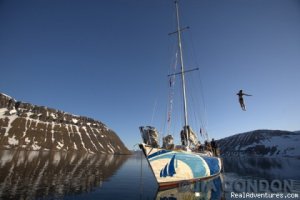 Outdoors adventures in the Westfjords of Iceland 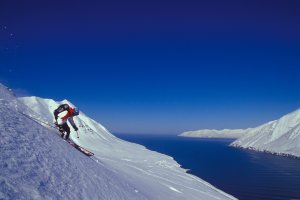 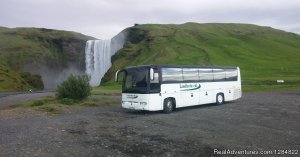 Youth Hostels Keflavik, Iceland - 27.6 mi away
From USD $24 per Person

Youth Hostels Mosfellsbaer, Iceland - 12.4 mi away
From USD $21 per Person