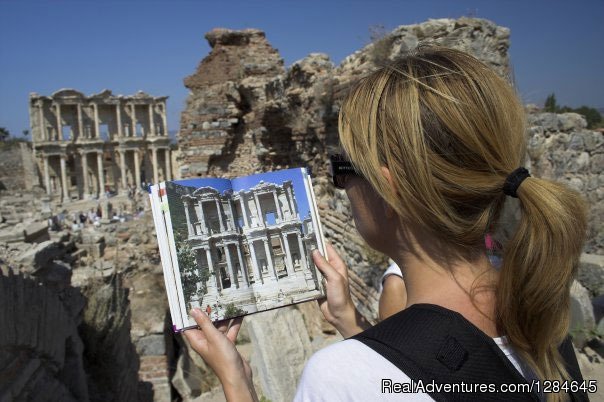 Ephesus Tours (#1/6)
Ephesus: which was established as a port, was used to be the most important commercial centre. It played a great role in the ancient times with its strategic location. Ephesus is located on a very fertile valley. Ephesus, once, the trade centre of the ancient world, a religious centre of the early Christianity and today, Ephesus is an important tourism centre in Turkey. The ancient city Ephesus is located in Selcuk, a small town 30km away from Kusadasi Terrace Houses: are located on the hill, opposite the Hadrian Temple. Also called as the houses of rich, important for the reason give us information about family life during the Roman period. They were built according to the Hippodamian plan of the city in which roads transected each other at right angels. There are six residential units on three terraces at the lower end of the slope of the Bulbul Mountain. The oldest building dates back into the 1C BC and continued in use as residence until the 7C AD. 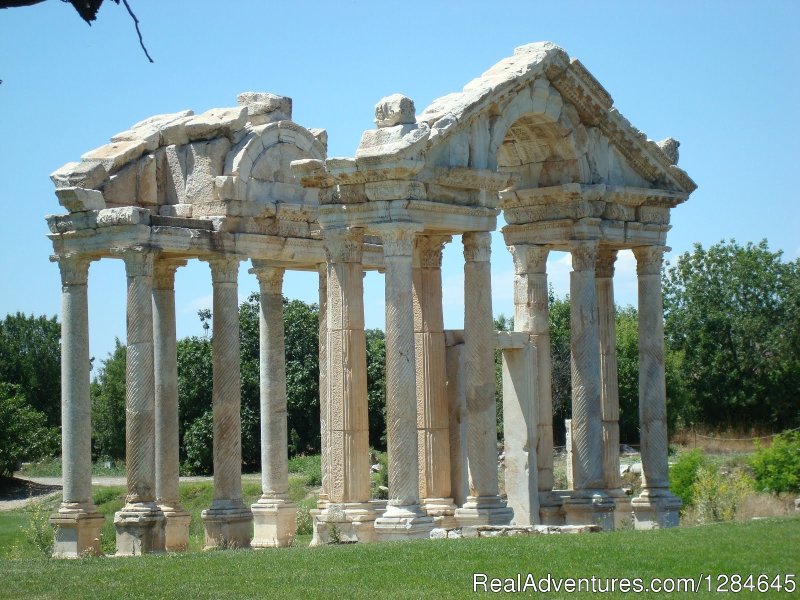 Pamukkale tours (#2/6)
Pamukkale is an example of mother nature at its best ! It is formed by hot thermal springs which poured down the hillside forming amazing terraces, Travertines of Carbonate minerals. The waters are famous for their medicinal properties. Hierapolis is an Ancient city walking distance from Pamukkale. The Hierapolis Archeological Museum has been located in what was originally a former Roman bath since 1984. It has artifacts from Laodiceia, Colossae, Tripolis,Attuda and other towns in the Lycos valley. UNESCO have warranted it a World Heritage Site, it was founded as an Ancient Healing Centre in 190B due to the healing properties of the waters. You will also have time to wander Pamukkale and bathe yourself in the waters. 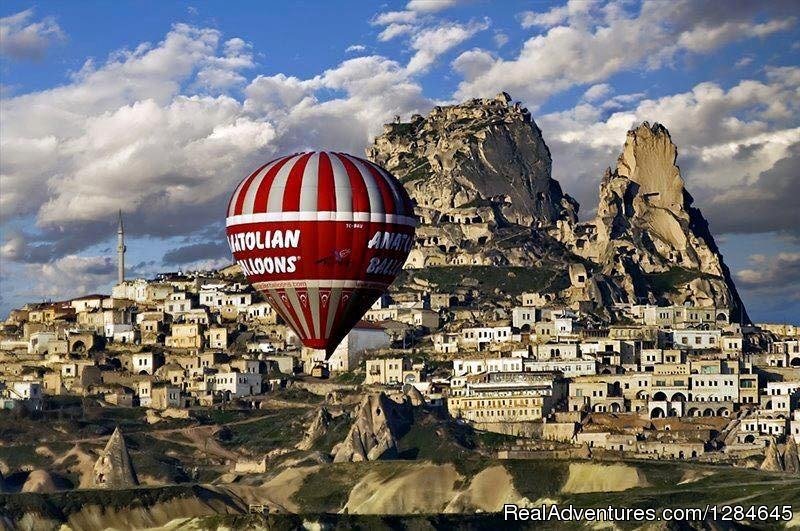 Cappadocia hot air balloon tours (#3/6)
Cappadocia Sunrise Balloon Flight, An opportunity to see Cappadocia from a perspective that enhances its mystery and magic ! Not to be missed. 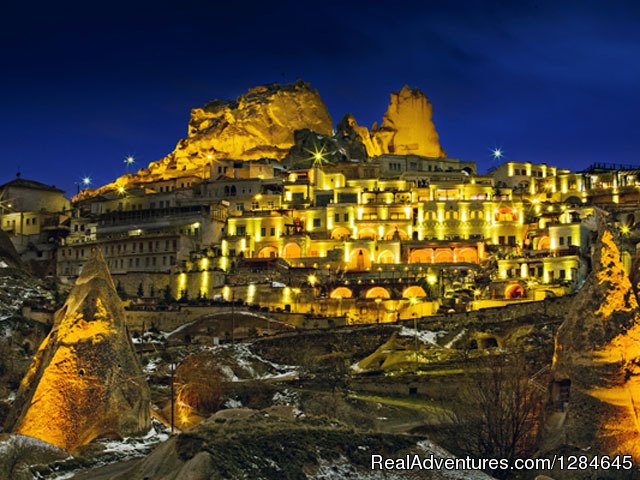 8 Days Seven Wonders Of Turkey Tour (#4/6)
Welcome to Turkey! If you are looking for something special and extraordinary then look no further. The best tour in Turkey, including Istanbul - Kusadasi - Ephesus - Pamukkale & Capppadocia. This an exquisite tour for you with all the bells and whistles. There are no long bus rides just domestic flights getting you to your destination comfortable and relaxed. 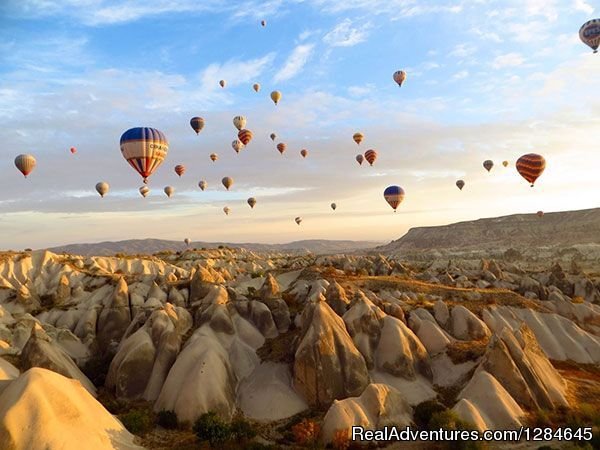 Cappadocia Balloon Tours (#5/6)
Cappadocia Sunrise Balloon Flight, An opportunity to see Cappadocia from a perspective that enhances its mystery and magic ! Not to be missed.

Discover Athens In 4 Days / 3 Nights (#6/6)
The Acropolis of Athens as seen from Mount Lycabettus (to its northeast). The wooded Hill of the Nymphs is half-visible on its right, and Philopappos Hill on the left, immediately behind. The Philopappos Monument stands where, in the distant background, the coast of Peloponnese meet the waters of the Saronic Gulf.

Add Your Travel Services and Accommodations

Add a multi-page listing promoting your accommodations, tours or travel services to customers on our network of travel sites. Your listing page includes an interactive map, availability calendar, reviews, photo-gallery and more.

Also of Interest Near
Kusadasi, Turkey